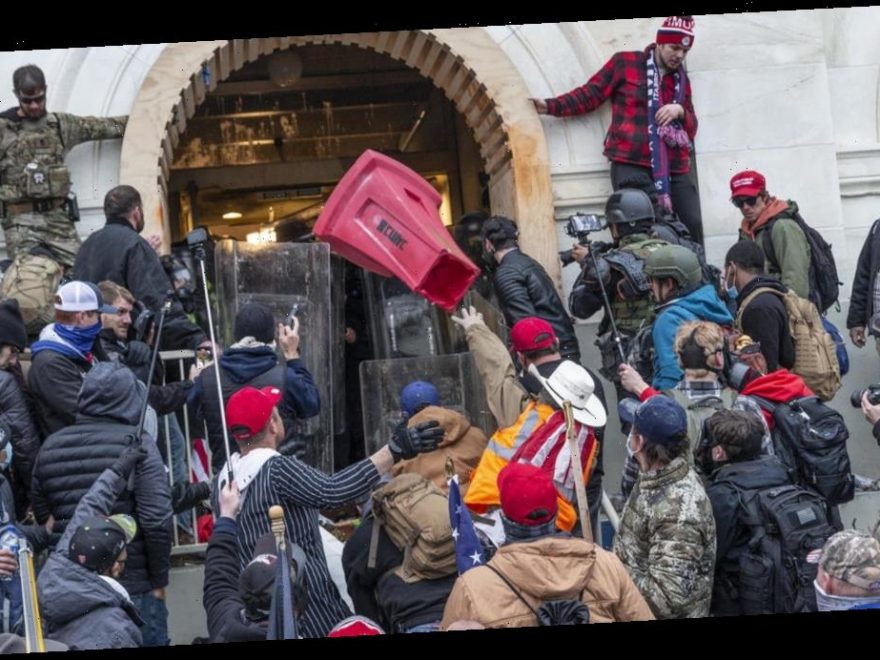 A U.S. Capitol Police officer has died after sustaining injuries at the pro-Trump riot in Washington, D.C. on Wednesday, Capitol police said Thursday night. At least four civilians also died, including three people who police said suffered medical emergencies and one woman who was fatally shot by police.

United States Capitol Police Officer Brian D. Sicknick “was responding to the riots on Wednesday, January 6, 2021, at the U.S. Capitol and was injured while physically engaging with protesters,” Capitol police said in a statement. “He returned to his division office and collapsed.”

Sicknick was hospitalized and died at approximately 9:30 p.m. on Thursday night, police said. His death will be investigated by the Metropolitan Police Department’s Homicide Branch, Capitol Police, and federal partners.

Sicknick joined the Capitol police in July 2008, and most recently served in the Department’s First Responder’s Unit, authorities said.

More than 50 officers were injured when pro-Trump supporters stormed the Capitol, forcing the evacuation of lawmakers who were counting the Electoral College votes, according to D.C. Mayor Muriel Bowser.

Chaos ensued in the Capitol as the protesters breached the building. Four civilians died during the assault, including a California woman who was shot by a plainclothes Capitol police officer, according to the Metropolitan Police Department.

Police faced widespread criticism for failing to stop the rioters from entering the Capitol, with many comparing the ways the police response differed from the tactics used against Black Lives Matter protesters over the summer. After initially defending the police response, Capitol Police Chief Steven Sund announced his resignation Thursday afternoon.

The Metropolitan Police Department arrested 68 people Wednesday and early Thursday morning, primarily for violating a curfew imposed by the city’s mayor. All but one of those arrested lives outside Washington. The U.S. Capitol Police also arrested 14 people during the rioting.