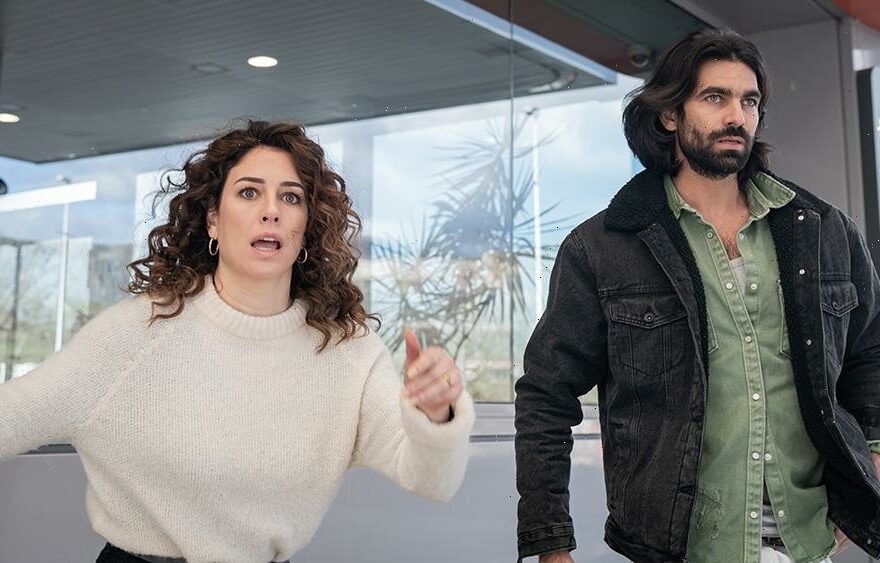 Since 2009, when Buenos Aires’ Ventana Sur launched, also backed by Argentina’s INCAA institute, no single country has had such a powerful presence at the event. The Screenings also catch Spanish cinema in a magnificent year of multiple standout titles which are impacting at Spain’s domestic box office, where national titles are making much of the running.

Forming part of Spain’s $1.6 billion Spain AVS Hub Plan, and packing 109 titles – from projects to pix in post, theater and online screenings and potential remake properties – the Screenings will also host 20 events, including a panel on Ibero-American co-productions, a Spain-Argentina-Uruguay co-production meet and a presentation of projects selected at next March’s Spanish Screenings Content, framed by the Malaga Festival’s MAFF co-production meet.

Part of Spain’s Recovery and Resilience Plan, backed by massive E.U. funding, the Screenings are a testament to governments’ attempts around the world to leverage the world’s content production revolution to help power post-pandemic recovery.

The Spanish Screenings on Tour are “a full roll-out of our potential in a strategic market, Latin America,” says Beatriz Navas, head of Spain’s energetic ICAA agency. “We’re pedal to the metal.”

The movies and series playing Ventana Sur also say much, however, about governments’ focus in revving up its film-TV sectors.

Titles set to screen at Buenos Aires Puerto Madero Cinemark multiplex take in most of Spain’s biggest hits this year, from Rodrigo Sorogoyen’s modern-day Western “The Beasts,” a box office hit in France and Spain, to two San Sebastian competition front-runners – Fernando Franco’s “The Rite of Spring” and Jaime Rosales’ “Wild Flowers” –  and a duo of mid-year breakouts from fast-establishing talents: “You Have to Come and See It,” from Jonás Trueba, “one of the late-breaking joys of the Karlovy Vary competition,” said Variety, and Eduardo Casanova’s flamboyant ”La Pietá.”

Saura’s deft doc feature “Walls Can Talk” has the Spanish master conducting his own quest into the origins of art, and implicitly his own impulse to film over a now 90-year-life, visiting masterpieces of paleolithic art, such as Spain’s Altamira and El Castillo caves.

Overall, Screenings titles range hugely in genre, setting and tone. Yet 18 of the 24 projects and works in progress made available to potential partners and buyers are for their directors first features or first series, turning a significant part of the Screenings into a magnificent Spanish new talent springboard.

In most cases, titles didn’t have to be from new directors: Selection has been fruit of works’ quality and potential, Navas notes. Yet “we have to support established companies that take risks, industry executives and creatives with manifest talent and especially emerging talent,” she adds.

“Constant renovation” “connects with new generations and trends,” she argues.

That can be seen at the Screenings. In terms of their 25 projects and WIPS, 16 have female protagonists, turning on gender violence (“Bloody Mary,” “Echo,” “Sola,” “Bloody Dogs”) and diversity (“Perhaps,” “Mapá”) and, more than anything else, women’s journey’s of self-discovery and empowerment (“On the Go,” “I Won’t Die For Love,” “Gwendolyne”). Only four titles, in contrast, have male lead characters.

That reflect’s s market reality, Navas posits. “A good part of audiovisual’s present and  futures is being built in feminine and the Screenings aren’t indifferent to that, she says, citing the 2022 Berlin Golden Bear for Carla Simon’s “Alcarrás,” Alauda Ruiz de Azua’s Malaga Golden Bizanaga win with “Lullaby,” and the Golden Meliès at Sitges for Carlota Pereda’s “Piggy.” “We can’t drop our guard but all signs are that an era’s coming where audiovisual works created by women will only go on increasing their relevance,” Navas concludes.

Following, brief profiles of he newest of the new from Spain, the Screenings’ projects and works in progress:

A politico-feminist project facing up to the hetero-patriatchal system we live in,” says Fellay. When Rocío, Montse, Vicky and Pau get their first periods, they discover they can transform into dogs, battling patriarchal injustice. A 2D animation series set up at Spanish animation and film studio Mago Production (“The Little Orchestra,” “The Light of Aisha”) and Mexico City-based Apapacho Films (“Coraje”).

Inspired by the legendary comic of Spain’s Miguel Angel Martín, the story of Brian, a boy with an exposed brained and telepathic and telekinetic powers – which doesn’t stop him being bullied at school. Conceived by Peña and production house Bliss Pictures as a short format 2D series. The Weird Market Animate Prize winner at the Spanish Screenings.

“The Day Ewan Mcgregor Introduced Me To His Parents,” (Marta Puig)

Backed by Barcelona’s energetic Mr Miyagi Films (“Isaac,” “The Platform”), headed by David Matamoros and Angeles Hernández, and Doce Entertainment, an animated project to be directed by illustrator and music vid helmer Marta Puig (“Loyola”), based in part on personal recollection.

A self-discovery comedy about an ambitious director forced to take time out – or so they see it – working in the Dominican Republic. “Two things I enjoy most are honoring the fresh and bright Dominican way of life, and also suggesting: We aren’t here to succeed, we’re here to evolve. And if we do evolve, we succeed,” says Bejar, who scored a best short Goya nomination in 2021 for “Distances.”

The perhaps requited love of Canary Islands poet Natalia Sosa Ayala for trapeze artist Pinito del Oro, star of New York’s Ringling Brothers circus in the 1960s, set in 1968 when Natalia falls head over heels for Pinito, and in the mid-1990s when she publishes her love letters. A project rich in resonance which won the Pitch Canary Island Film – Isla Mecas winner with Tania Santana (“Hierro”) and Marta Viera (“Me llamo Suleimán”).

Two girls in Iquitos flip at the prospect of a world-famous director shooting a sequel to Herzog’s “Fitzcarraldo.” A departure for Coll (“Three Days With the Family,” “Killing the Father”). “We wanted to step out of our comfort zone and talk about cinema as a dream factory,” the directors say. Set up at Barcelona’s Funicular Films, with Peru’s Vega brothers and Joanna Lambardi now on board.

Set up at Madrid’s Solita Films, headed by the energetic director-producers César and José Esteban Alenda who broke out with their 2018 Goya-nominated debut “Sin Fin.” A young woman confronts caring for her mother, struck down by Alzheimer. Marta Matute’s first feature, winning the SGAE Julio Alejandro Best Feature Screenplay Award and a Spanish Academy residency.

Set on Chiloé Island in southern Chile, a doc-diary of the filmmaker’s life with his partner, shot through by his melancholy at the death of his sister. Produced by Sanjurjo’s Acariño Films (“Los Saldos”) with Chile’s Tirol. Winner of the Corte Final and Cinemar prizes at Intersección 2022.

A group of friends organize a Christmas party to remember a friend who committed suicide. One is found stabbed to death in the bath. A character-driven slasher, adapted to the 21st century, says Cosco, from Tony Martínez’s Laca Producciones and Reus-based Apocalipsis Producciones.

In 1965, aged 17, despite being deaf, La Singla was declared one of the best flamenco dancers in the world. By 30, she had disappeared from the flamenco scene. 50 years later, a young Sevillian flamenco teacher sets out to rediscover her. Zapata (“Casamance,” “Peret: My Name Is Rumba”) directs; Barcelona’s Fábrica Naranja de Películas, Seville’s Malandar Films and Berlin’s Inselfilm Produktion produce the multi-prized project.

From Garciamejía, director of three DAZN MotoGP doc series, a domestic violence tale of a victim fearing further attacks and on the verge of madness, shot through with horror tropes and lensed on an iPhone by the director and star Lola Lagos as only crew during the lockdown. “An artesanal film of large rigor,” say its makers.

Winner of the Sitges FanPitch Blood Window Award, a tale of female empowerment building on Díaz’s short, ”The 6 Relics of Helena Mason.” Beaten to death by a cult leader, Mary returns possessed by ancestor Helena, burnt at the stake as a witch. “The film deals with very primal themes like toxic relationships, gender violence, cults and control and ultimately revenge,” Díaz told Variety.

Teen Andrea’s twin sister dies. She thinks it’s murder, given she can hear echoes from her last day. A horror thriller and “ghost film without ghosts, exploring an adolescent’s trauma at facing for the first time the certainty of death,” says producer Alberto Díaz López at Mordisco Films. A distinguished development history taking in SGAE, Escac, Abycine Lanza labs and Málaga Mafiz.

An ECAM alum, whose short, “The Sleep of the Dogs,” played in competition at Sitges. After her mother’s death, Aitana spends the summer at her uncle and aunt’s farmhouse, where she meets Lope, an introvert obsessed by ghosts. Produced by Rafael Gimeno (“Canción sin nombre,” “El Arbol Magnético”).

A one-minute episode, brand-backed Instagram series launched in 2019 with two million hits to date, recounting, “Sex in New York” style, the romantic tribulations of three flatmates in an era of fleeting relations. Created, co-starring, directed and produced by Vazgo. Screened at Málaga and now aiming for a longer format version.

Produced by Valencia’s Admirable Films and TV ON Producciones and director António Ferreira’s Persona Non Grata Pictures label in Portugal, a six-part fantasy fiction in which a group of primitive people drift on an iceberg until they discover a 21st Europe devastated by a lack of natural resources. “This project is born from what the author feels as an active spectator of a society in crisis,” says Ferreira, director of 2o18 Portuguese hit, “The Dead Queen.”

The best moment in her whole existence was when Gwedolyne, now 30, was 15 and chasing the Sexy Gods, her favourite boy ban, around Barcelona. And now they’re just about to get together again. Set up at Barcelona’s Coming Soon Films, a “delirious, hysterical and fanatical comedy” and also, more seriously, about “life crises” and “nostalgia as a dangerous balm,” says screenwriter Marta Buisán.

From Corte y Confección de Películas and Coming Again Films, and set in 2022 Barcelona, though based on Catalan Toni Hill’s 2011 crime novel besteller. Inspector Salgado – short-fused, violent, macho – and agent Leire Castro – rational, feminist, sometimes naive – investigate a high-society death, which may be related to that of  a girl 17 years earlier. Billed as a  compelling, quality procedural packs with twists and cliffhangers.”