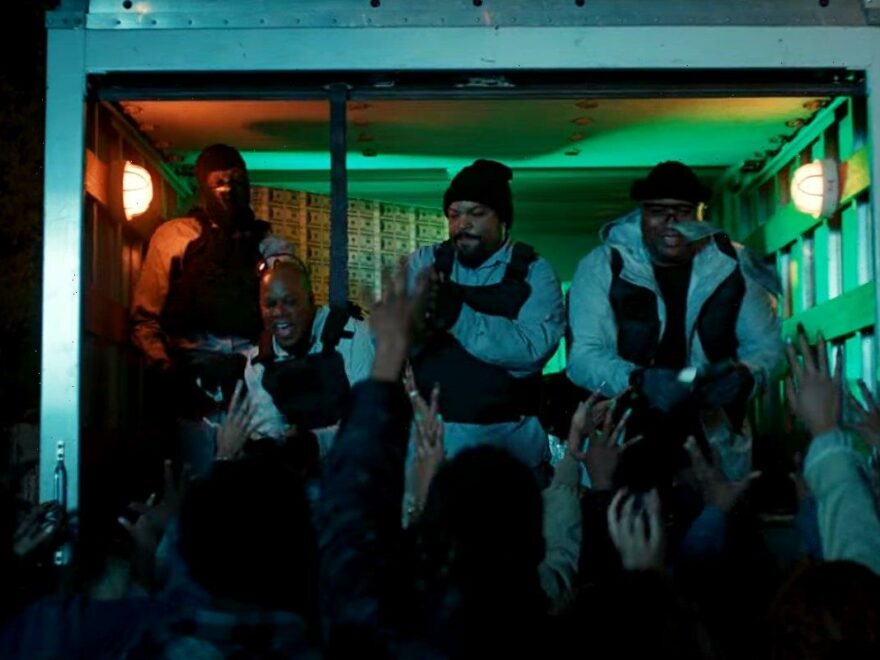 Arriving on Friday, November 25, the music video shows Snoop, Ice Cube, E-40 as well as Too $hort star as robbers who carry out a perfect heist in Los Angeles, California.

In the music video, the four rappers star as robbers who carry out a perfect heist. After successfully stealing money from a place somewhere in Los Angeles, California, the musicians do not waste time escaping from the police.

Snoop, Ice Cube, E-40 and Too $hort, however, manage to end the chase. After making a stop in a quiet place, a group of people approaches the hip-hop stars and they eventually make it rain while delivering their verses.

“Free Game” appears on the rap supergroup’s debut album, “Bad MFs”. The project was dropped on June 7 exclusively on the Blockchain by Death Row Records and Gala Music as an NFT, but will be released on streaming services on December 9.