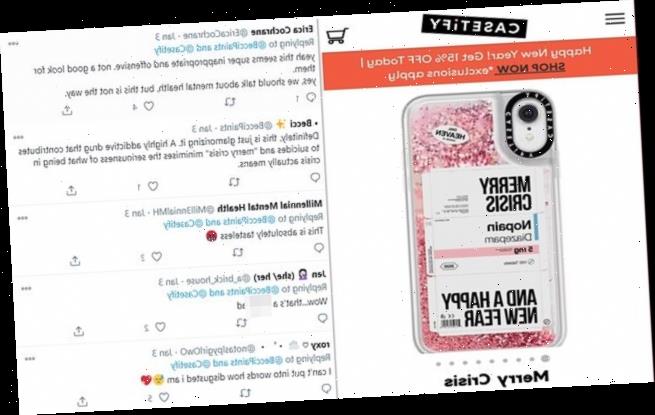 Phone accessories brand Casetify has removed a case designed to look like an packet of antidepressants from its website after shoppers slammed the brand online.

The Merry Crisis pink glittery phone cover features a design with a flattened white box and the words ‘Nopain diazepam 5mg’, which is a drug used to treat anxiety and other conditions.

British Twitter user @BecciPaints shared a screengrab of the website on her Twitter page, writing: ‘I just got this ad for Casetify and I don’t know it just doesn’t sit right with me. Mental illness isn’t a fashion accessory, it’s not quirky or cute.’

Other social media users were quick to share her horror, with one commenting: ‘This is so repulsive, to think they thought this was appropriate just shows how out of touch they are with the reality of mental illness.’ 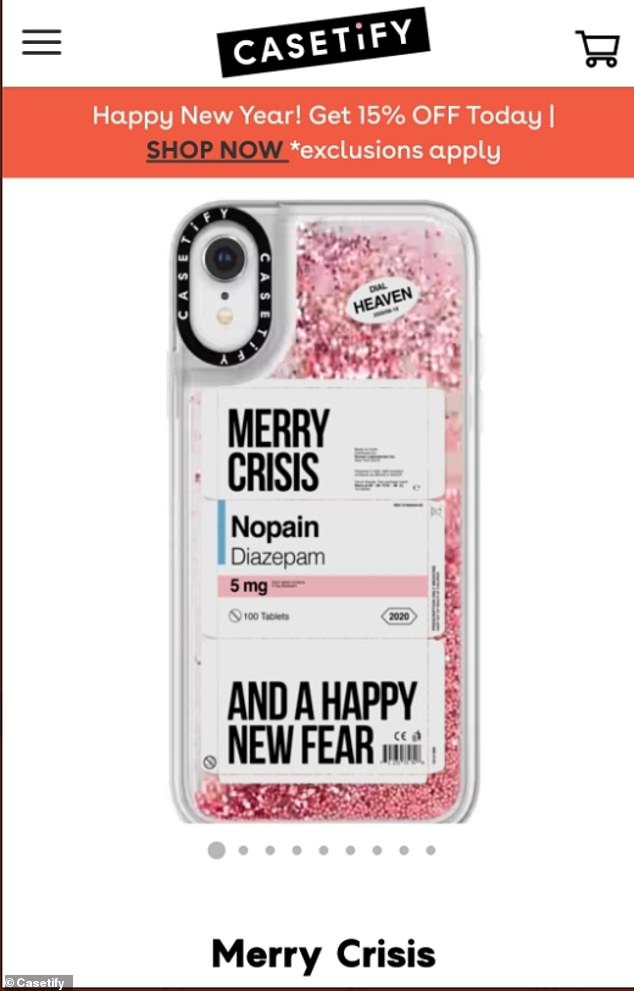 Phone accessories brand Casetify has pulled a phone case from its website after shoppers criticised the Merry Crisis cover, which was designed to look like a packet of antidepressants

Along with the details of the anxiety drug, the pink glittery phone case also features the words on the cover says ‘Merry Crisis and a happy new fear’.

The phrase is sometimes used in protest graffiti.

Diazepam, which is a prescription only drug, is used to treat anxiety, muscle spasms and fits (seizures).

It’s also used in hospital to reduce alcohol withdrawal symptoms, such as sweating or difficulty sleeping. 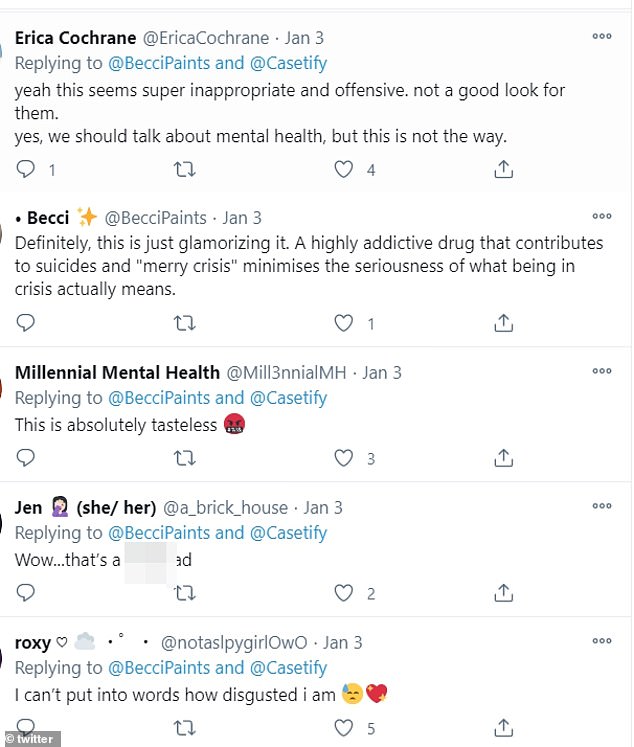 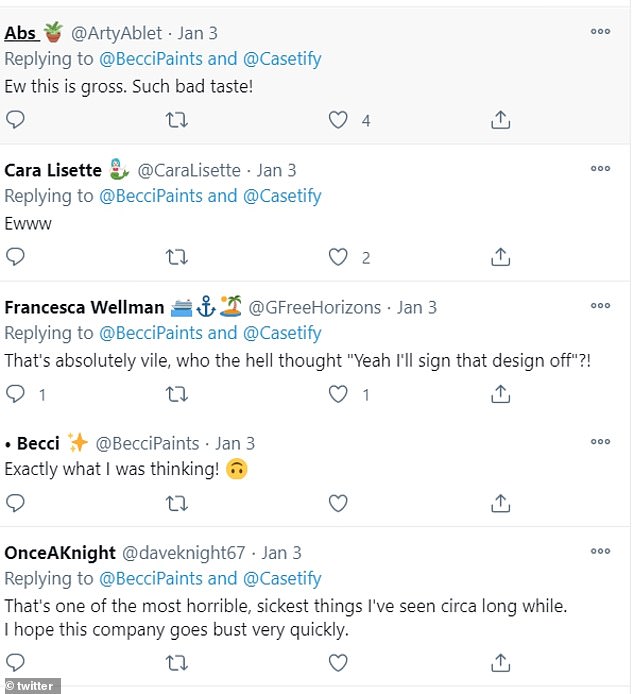 Social media users were highly critical of the product, with some calling it ‘horrible’ and ‘vile’ on Twitter

In further comments, Becki suggested the company was ‘glamourising mental illness’, writing: ‘A highly addictive drug that contributes to suicides and ‘merry crisis’ minimises the seriousness of what being in crisis actually means.’

Customers said they were stunned by the product, with one commenting: ‘This seems super inappropriate and offensive, not a good look for them.

‘Yes we should talk about mental health, but this is not the way.’ 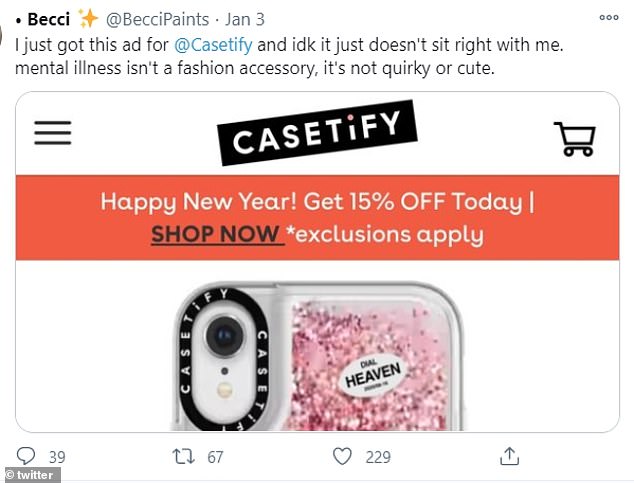 The product was widely criticised after it was shared by British Twitter user @BecciPaints, who said it ‘glamourised suicide’

One said: ‘I can’t put into words how disgusted I am,’ while another wrote: ‘This is absolutely tasteless.’

‘That’s one of the most horrible, sickest things I’ve seen circa long while,’ one upset  customer wrote, ‘I hope this company goes bust very quickly.’

The product has since been removed from the Casetify website, while other Christmas themed products are still available.