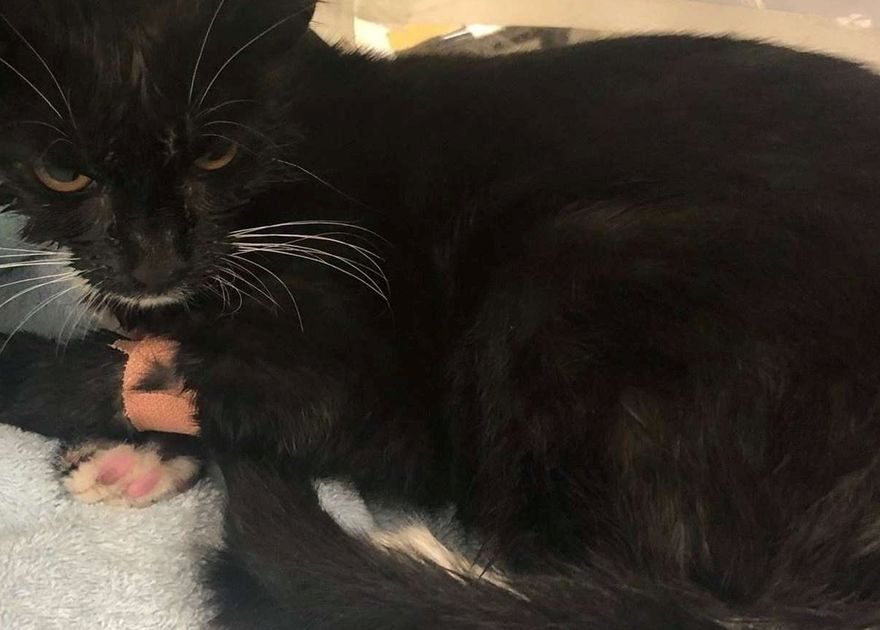 A kitten cheated death after falling asleep in a washing mach­­­ine and being taken for a spin.

Comet was on hot wash for sev­­eral minutes after Naomi Thompson put the laundry on without checking if her pet was in the drum.

The five-month old nearly died after being tossed around in hot temperatures until Naomi heard his desperate meows.

His quick thinking owners saved the kitty from the death drum and performed CPR.

Naomi, from Gillingham, only realised she had accidentally shut the door on the sleeping kitten when he started meowing loudly – from the middle of the spinning, water-filled machine.

Despite managing to rip off the locked door with her bare hands, Naomi could not find lifeless Comet out of the soapy laundry.

Husband Perry woke to the sound of Naomi's screaming and rushed downstairs, fearing someone was trying to break into the house.

Perry said: "She said Comet was in the washing machine but I couldn't see anything.

"I put my hand into the water and felt his tail in among the clothes right at the bottom of the big drum.

"He wasn't breathing and his eyes were wide open.

"I honestly thought he was gone."

Comet twitched, and Perry put him on the kitchen floor and started doing CPR.

He added: "It was the only thing I could think of to try to bring him back to life.

"I was pumping his chest and breathing into his mouth and, thankfully, he came round."