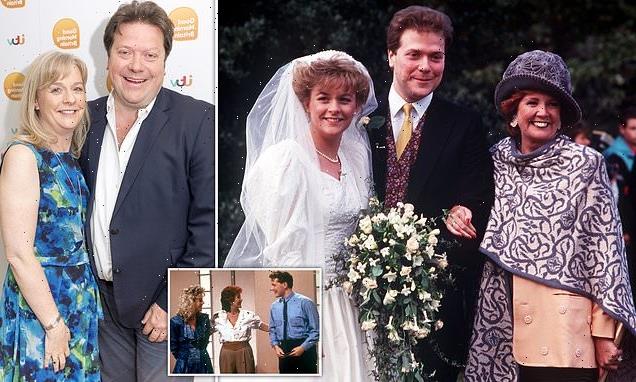 A lorra, lorra love! Couple who met on Blind Date in 1988 are smitten as ever as they celebrate 30 years since they married with Cilla Black looking on

A couple who met on ITV’s Blind Date in 1988 have proved doubters wrong by celebrating their 30th wedding anniversary.

Londoners Alex, 56,  and Sue Tatham, 55, who first laid eyes on each other on the Cilla Black show 33 years ago, marked the milestone with a ballet performance and dinner on 19 October.

Cilla Black was one of their guests when they tied the knot in 1991 in a Blind Date special watched by 17 million people, and the couple told Metro they are still as smitten today as they were back then. 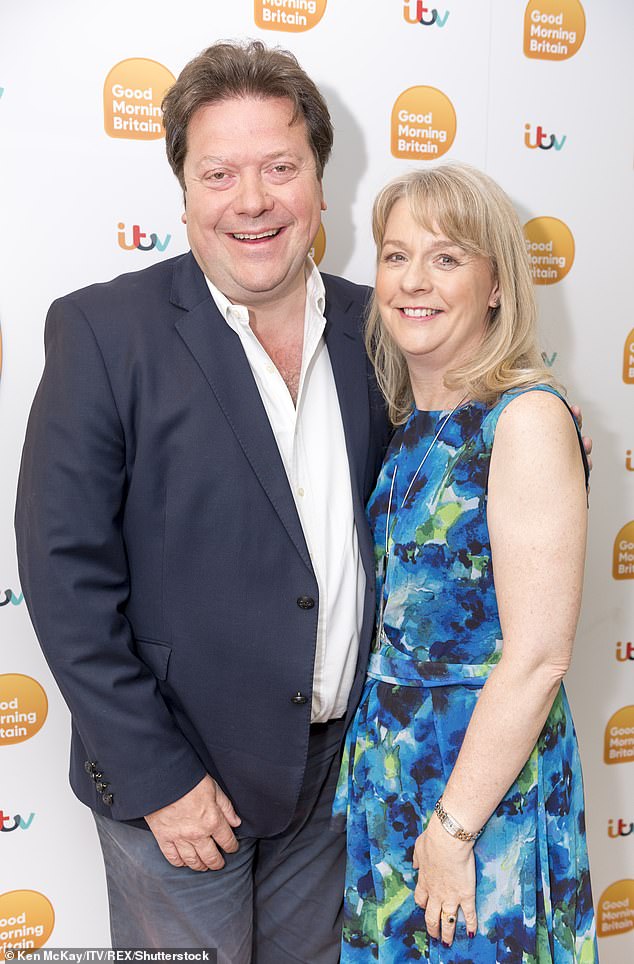 Londoners Alex, 56, and Sue Tatham, 55, who first laid eyes on each other on the Cilla Black show Blind Date in 1988, celebrated their 30th wedding anniversary on 19 October (pictured in 2017) 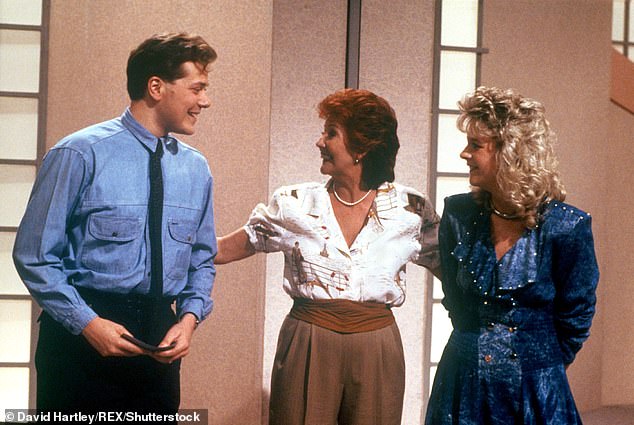 The couple first laid eye on each other during the show, pictured, and went on their first off-camera date as soon as it wrapped up filming (pictured on Blind Date with host Cilla Black)

Now, on the year of their Pearl anniversary, Alex and Sue share two children, Emily, 27, and Charlie, 25, and have told how their philosophy is to hold hands and  laugh through life together.

‘It was a fabulous evening where Sue and I celebrated 30 years of a wonderful marriage by doing lots of things we love best culminating in one of the best ballets we have ever seen,’ he added, quipping he was thankful their love story didn’t end like Romeo and Juliet’s.

While their meeting and wedding were televised, the rest of their relationship blossomed off cameras for the next three decades, and with their two children grown up, the pair are looking forward to having more time to themselves. 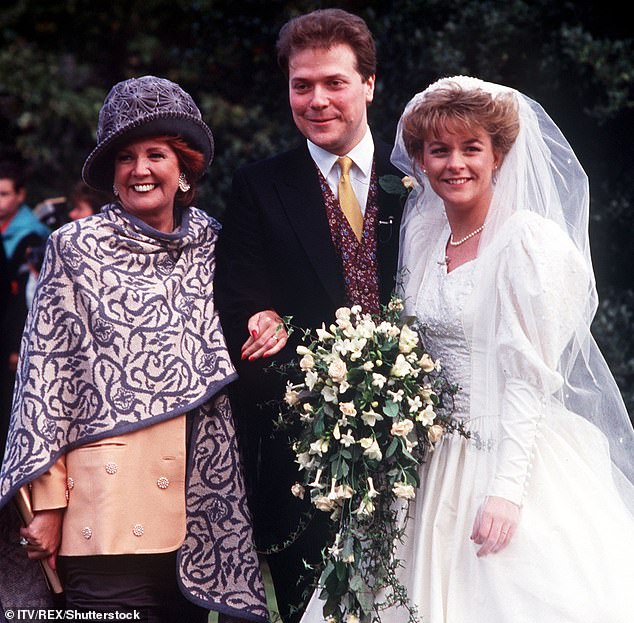 Alex and Sue on with Cilla Black their wedding day, which was filmed for a Blind Date special and watched by 17 million people

They’ve remained upbeat throughout their lives together and said they’ve learn to ‘laugh through life.’

The pair first saw each other when Alex was asked to pick between three potential matches: Lynne from Middlesex, Kate from Essex and luck number 2: Sue, who lived in Walsall.

Alex decided to sign up for the show – which was one of the 1980s’ most popular TV programmes, with 18.2 million viewers at its peak – when a coworker suggested it for fun.

He told the FEMAIL in 2011 he thought the show was the first example of reality TV, and said: ‘I just thought I’d be showing off very heavily, that it would be a funny experience and would be something I could laugh about for the rest of my life.’ 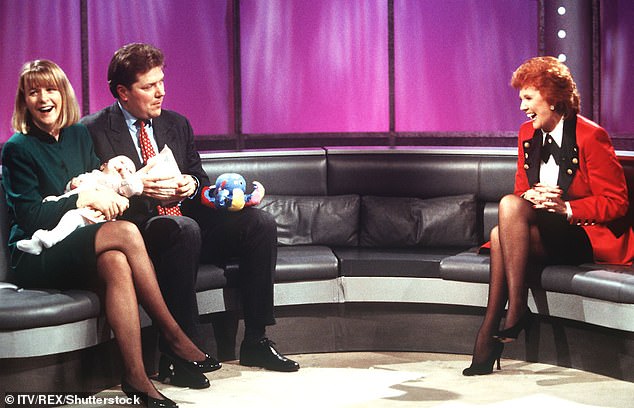 The couple have given the media updates about their 30-year-long relationship throughout the year. Pictured with their first baby Emily after she was born in 1995 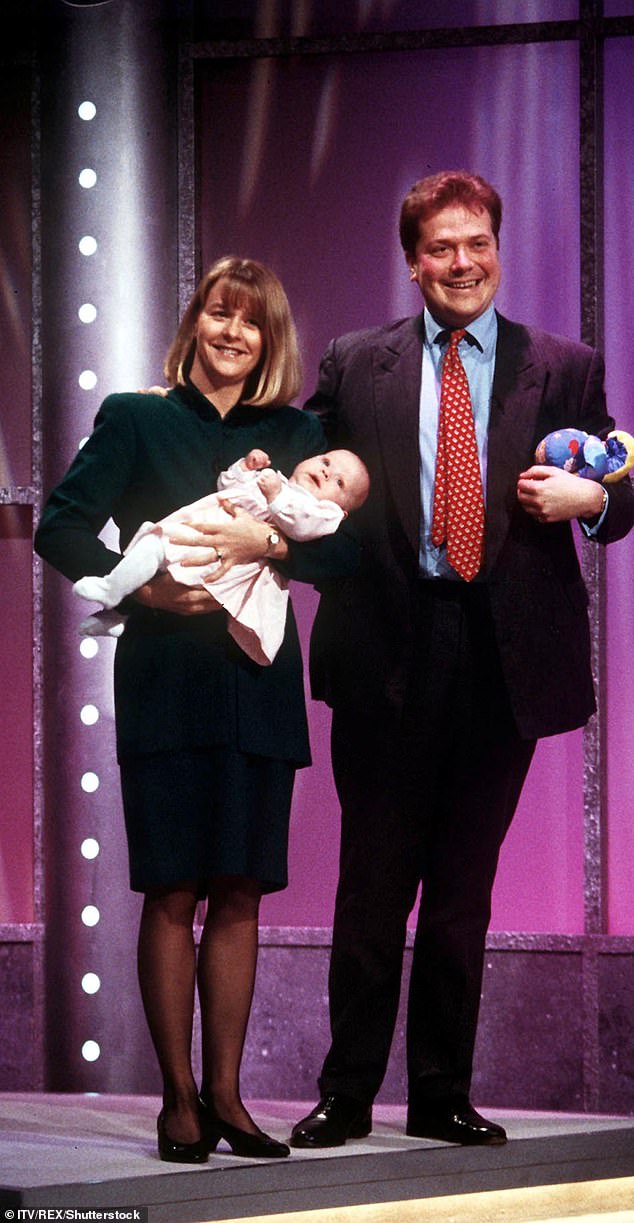 Meanwhile, Sue’s friends tried to sign her up behind her back, and egged her on to apply herself when they were told only contestants who signed up for themselves would be accepted on the show.

The pair eventually appeared together on the Cilla Black show’s third season in 1988.

Alex said he doesn’t know why he picked Sue out of the three contestants, but he hasn’t lived to regret this choice:  ‘There was lovely Sue, looking absolutely gorgeous,’ he said.

This particularly episode of Blind Date ended up being watched 10 million times.

Recalling the unique moment, Sue admitted her legs were shaking at the time and that she had hoped Alex would be taller than her, and said he sounded charming. 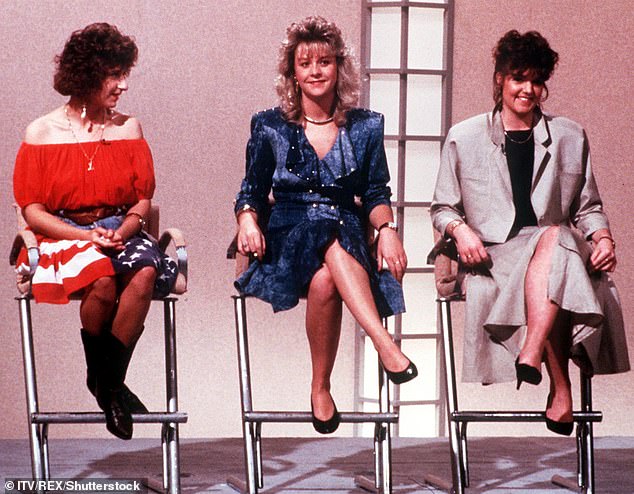 Alex picked Sue, centre, out of three other contestants: Lynn from Middlesex, left and Kate from Essex, right 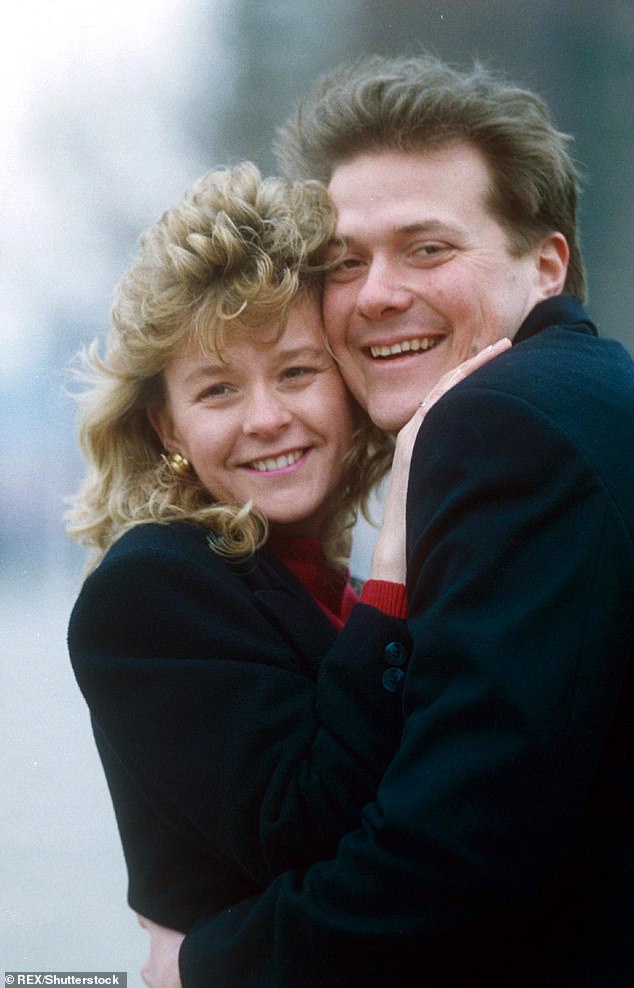 Alex revealed in 2011 he thought going on the show would just be a bit of fun, while Sue was egged on to do it by friends (pictured in 1991)

They were whisked away to Shannon, Ireland as part of the show, where they stayed in a 5 star hotel.

The couple cheekily revealed the show was trying to keep them apart, but that the attraction was obvious from the start.

‘When Alex and I met, Blind Date was anything but a tacky show. On our date we were placed in hotels five miles apart and we were heavily chaperoned all the time. We were barely allowed to hold hands,’ Sue revealed.

They returned to London to film the final portion of the Blind Date episode, where they told Cilla they did want to see each other again. 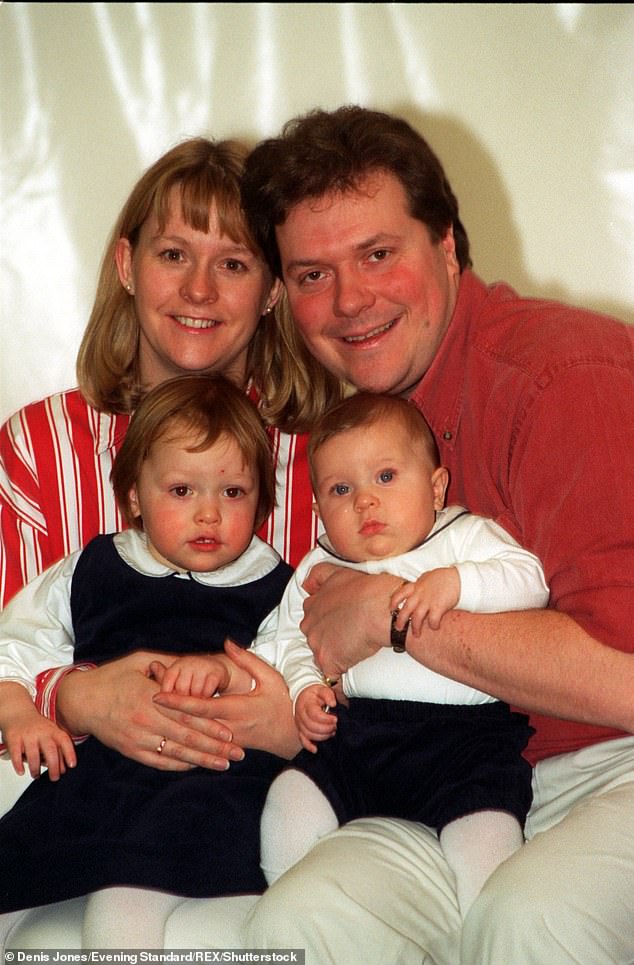 The pair with their two children, Emily, left and Charlie, right. The children are now 27 and 25 respectively and have flown the nest. Sue and Alex can finally have some time to themselves

Off camera, Alex revealed they had their first real date the very same day the filming ended, and headed to London Zoo.

‘We were more than holding hands by the end of the day,’ Alex quipped.

What followed was a two-year-long long-distance relationship, with Alex in London and Sue in Walsall.

Eventually, Eton-educated Alex proposed and asked Sue to move to London, which she did.

His upper-class parents admitted they had never heard of the show Blind Date before, but approved his choice of wife.

The pair’s wedding was a big affair, attended by both their families and Cilla Black, as well as six TV crews.