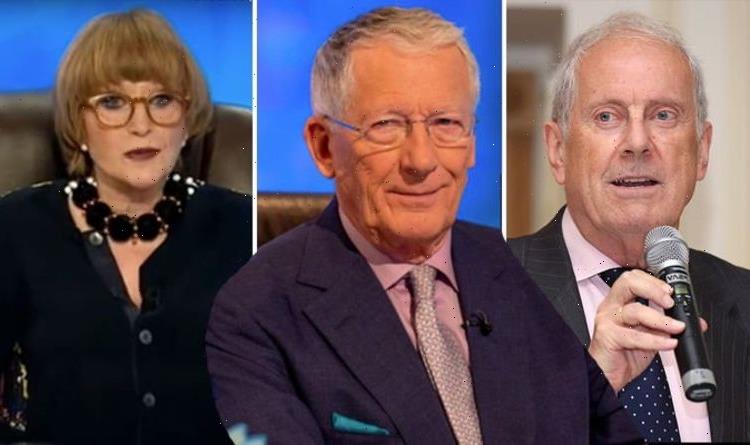 In December 2020, Nick Hewer, 77, announced that after reflecting on his time on Countdown during lockdown, he decided it was time for him to leave following 10 years in the main seat. In April, it was revealed that Anne Robinson, 77, would be taking over as the first female host in the programme’s history.

Gyles Brandreth, who has been a guest on the show since its early days, has shared his thoughts on the change-up of host over the years.

Speaking to Express.co.uk, he said: “I’m a great believer in change, change is a good thing.”

Reflecting on his book The Seven Secrets of Happiness, the 73-year-old added: “One of the secrets to being happy is accepting change.

“Everything in my view needs a bit of change now and again.

“I have loved all the presenters on Countdown, obviously my first favourite was Richard Whitely.”

The broadcaster described the late host as a “lovely” friend who was “very amusing”.

Gyles went on to say he was also a fan of Des O’Connor, who fronted the show for two years.

“I loved Des O’Connor because he was so funny and delightful and I loved Nick Hewer,” he added.

“But I think everything changes and evolves. Countdown is like the English language, it evolves.”

On whether he believed Anne was doing a good job, he added: “Yes, absolutely.”

Over the years, there has been speculation that Gyles could step in to front the afternoon show.

But, the former MP said he wouldn’t want to commit to the role.

“The truth is I do so many different things, I wouldn’t want to be tied down to one thing,” he spilled.

“It’s a hard graft, you’ve got to be there concentrating.”

During his time on the show he has struck up a good friendship with lexicographer Susie Dent.

In 2019, the duo launched their award-winning podcast Something Rhymes With Purple.

On the show, they delve into vocabulary and uncover the hidden origins of language.

Next month, they kick off their tour in Bath on November 20.

Tickets for Tilted’s Something Rhymes with Purple Live are available now.

For more information, head to www.tiltedco.com.