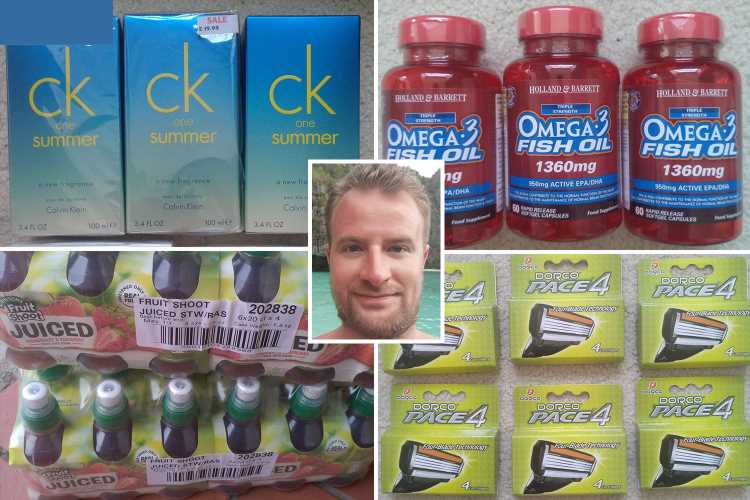 A DAD of one who has been bulk buying everything from nappies to cartons of juice reckons he saves around £1,000 a year – and he's let us is in on how you can do the same.

Dave Kay, 35, from Manchester has been buying the same items in large quantities for five years and regularly saves £100 a month. 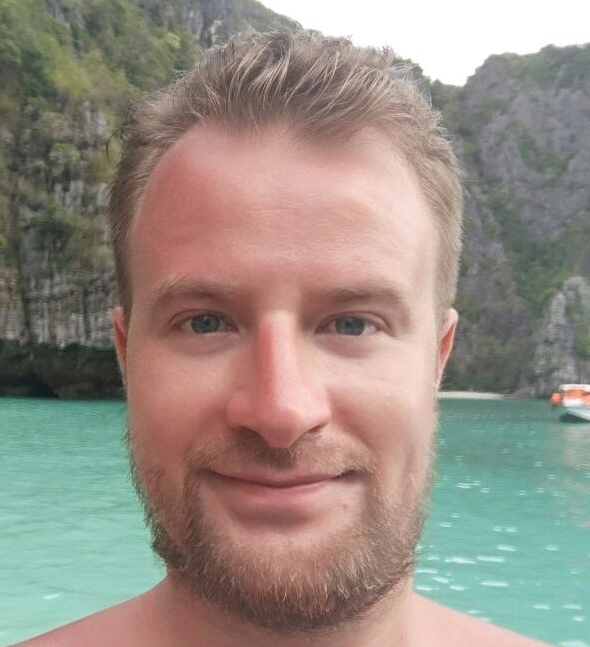 But he admits that you do need to put in the time to bag a bargain.

"If you have a busy lifestyle this is not for you," Dave said. "You need to dedicate 20 to 30 minutes a day to look through websites, emails and app notifications."

One of his top tips for finding bulk buy bargains is by using Approved Food – an online discount food retailer that sells products that are near or past their best before date. 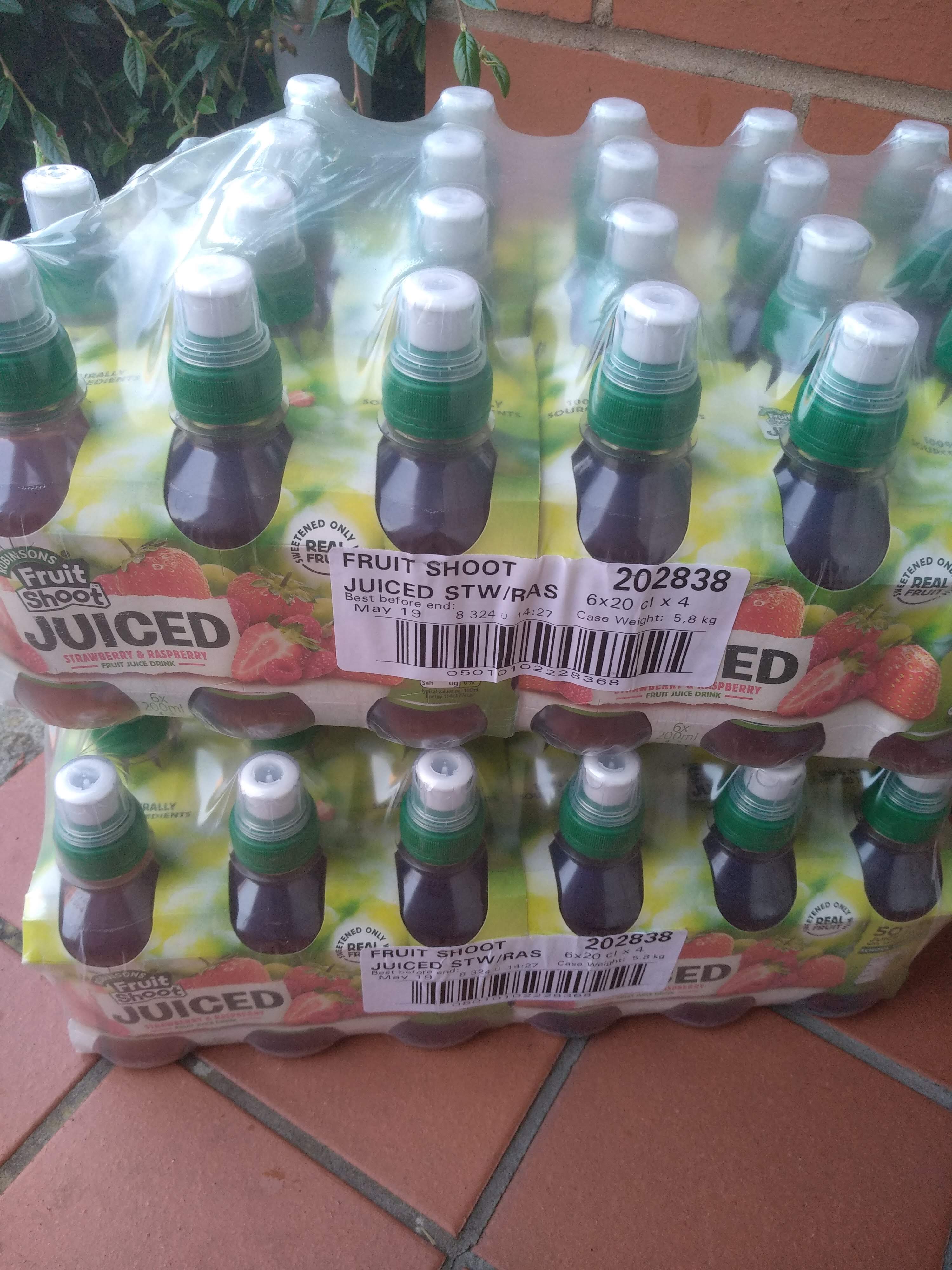 According to the NHS, food is still safe to eat when it's past its "best before" date – this is simply the date when the quality of the item starts deteriorating.

It's food and drink that's past its use by date that you shouldn't eat.

Dave recently bought a multi-pack of 48 Fruit Shoot drinks for just £4 from Approved Food, which are perfect for his four-year-old son, Max.

And he used to stock up on multiple tubs of baby formula too when they were on a "two for £10" offer.

"I used the formula at least two months before the best before date and it was fine," he told The Sun.

Dave also bought boxes with 12 packs of protein powder in for £40 from Approved Food reduced from the usual £66, saving him £26 in total.

That's because these packs normally cost £5.50 each. But Dave bought them on offer at three packs for £10 saving him £6.50 per three packs. 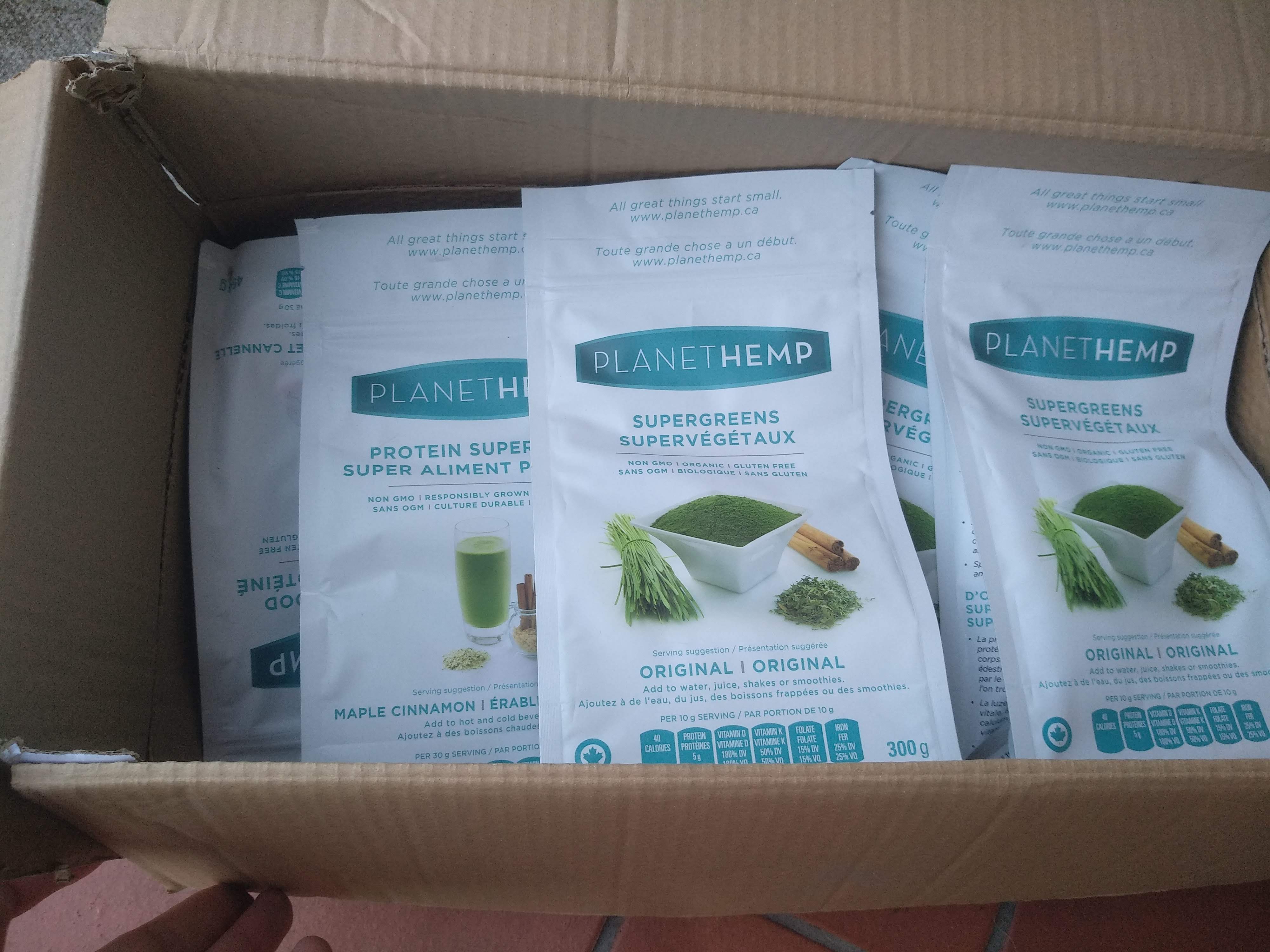 His biggest saving has been on nappies for Max. The teacher regularly bought multiple 35-packs of nappies when they were on a "two for £12" offer.

He did this via Boots Parenting Club which – in return for giving information about his child – gives a 10 per cent discount on top of of the offer.

On top of that he collected Boots Parenting Club points at the same time which he then used to buy more nappies at a later date.

Membership to Boots Parenting Club nets you 10 points for every £1 spent on baby products. Those ten points are then worth 10p to spend in store or online.

Dave saves £1,000 a year bulk buying everything from nappies to cereal bars – here's how you can too

Dave has netted bulk buys in other ways too. He recommends signing up to as many websites as possible. He signs up to high street stores such as Superdrug and Holland & Barrett.

"Online retailers send you newsletters with their offers – some more often than others," said Dave.

A recent example of this is perfume from SportsDirect, which he bought after an email about a clearance sale.

Dave and his wife only focus on items and brands they like – and they'll both use these perfumes themselves.

"There's really no point taking a risk on something and then learning you don't like it and being stuck with a month's supply," said Dave. 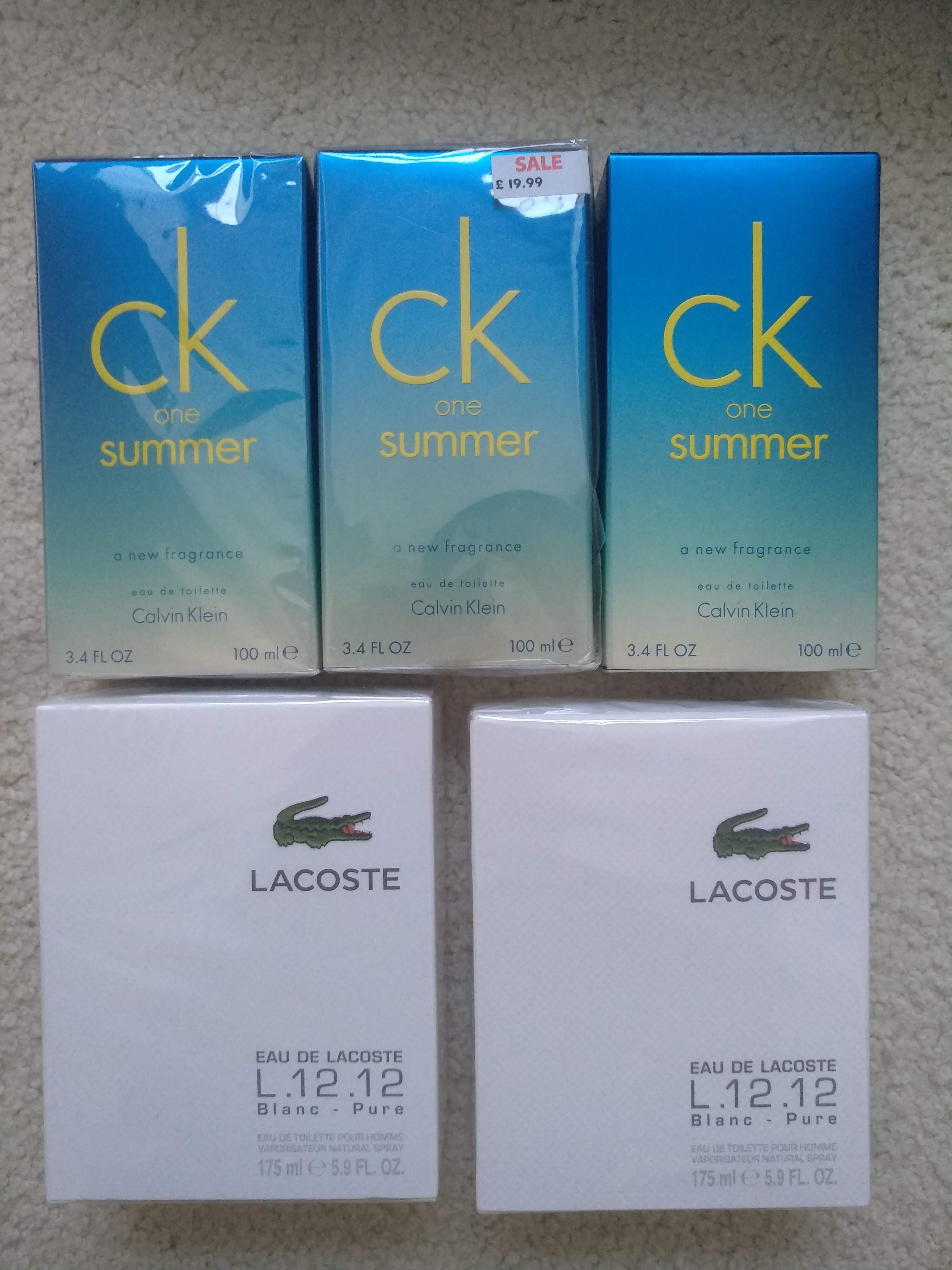 Dave's warning comes as new research reveals that more than half – 55 per cent – of people forget about their bulk buys.

While one in five fails to use them and end up chucking some away, according to research from cashback site TopCashback.co.uk.

So make sure you'll use everything you buy otherwise it's a waste of money.

And he's a fan of Amazon – and other retailers' – Black Friday sales in November and Prime day in July.

He said: "Superdrug gives loyalty card holders extra discounts on days such as Black Friday and I have two Boots loyalty cards: the Parenting club and the Advantage card." 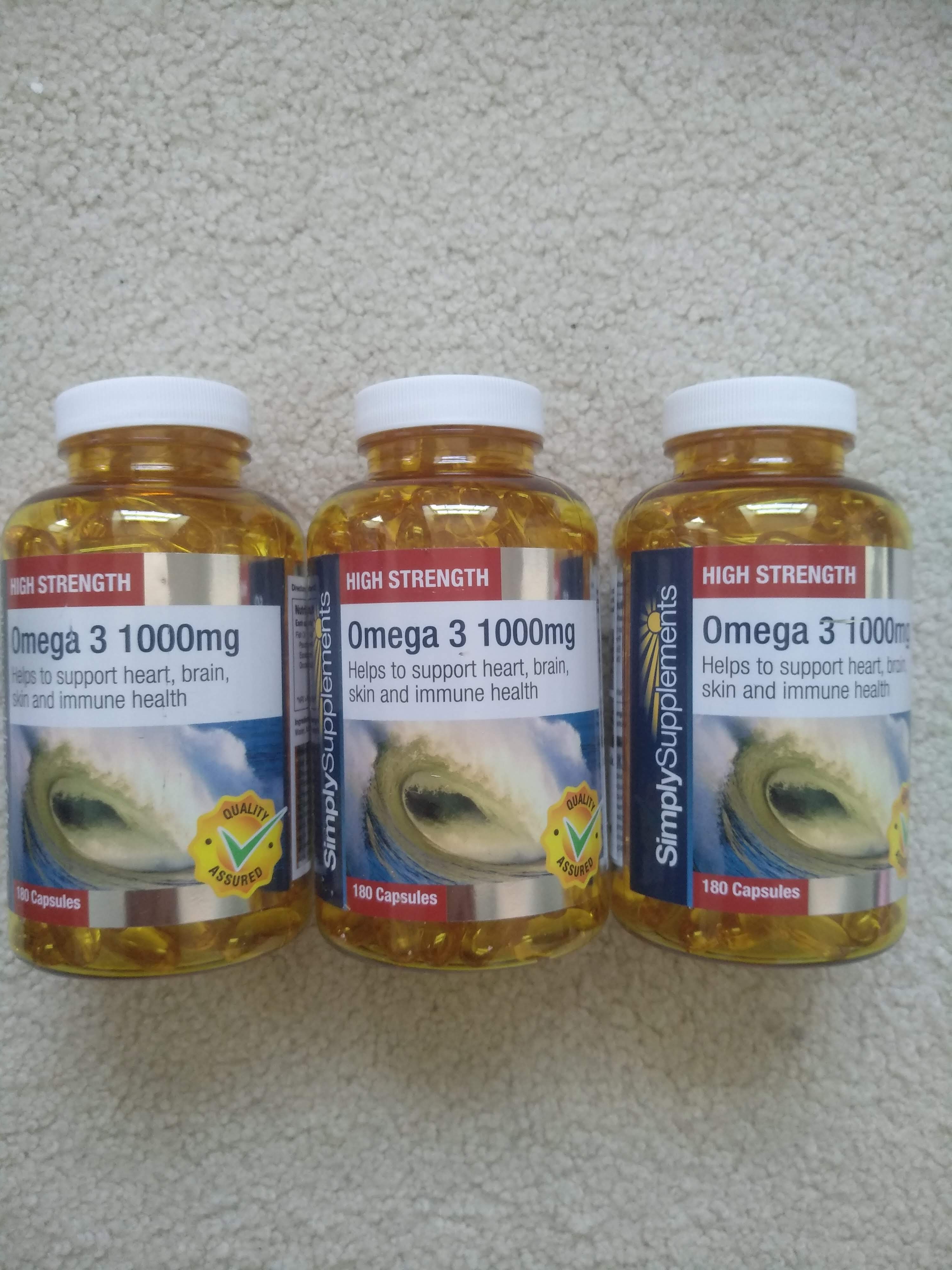 The Boots Advantage card allows you to rack up four points for every £1 you spend on almost any product in Boots stores and online.

Dave also suggests "stacking" deals – where you combine as many deals as you can in one go.

For example, he bought Omega 3 fish oil capsules at Holland & Barrett during a "Penny Sale" – where you buy one bottle at full price for £24.99, and the second bottle for a penny.

On top of that he got points on his Holland & Barrett loyalty card to use at a later date. 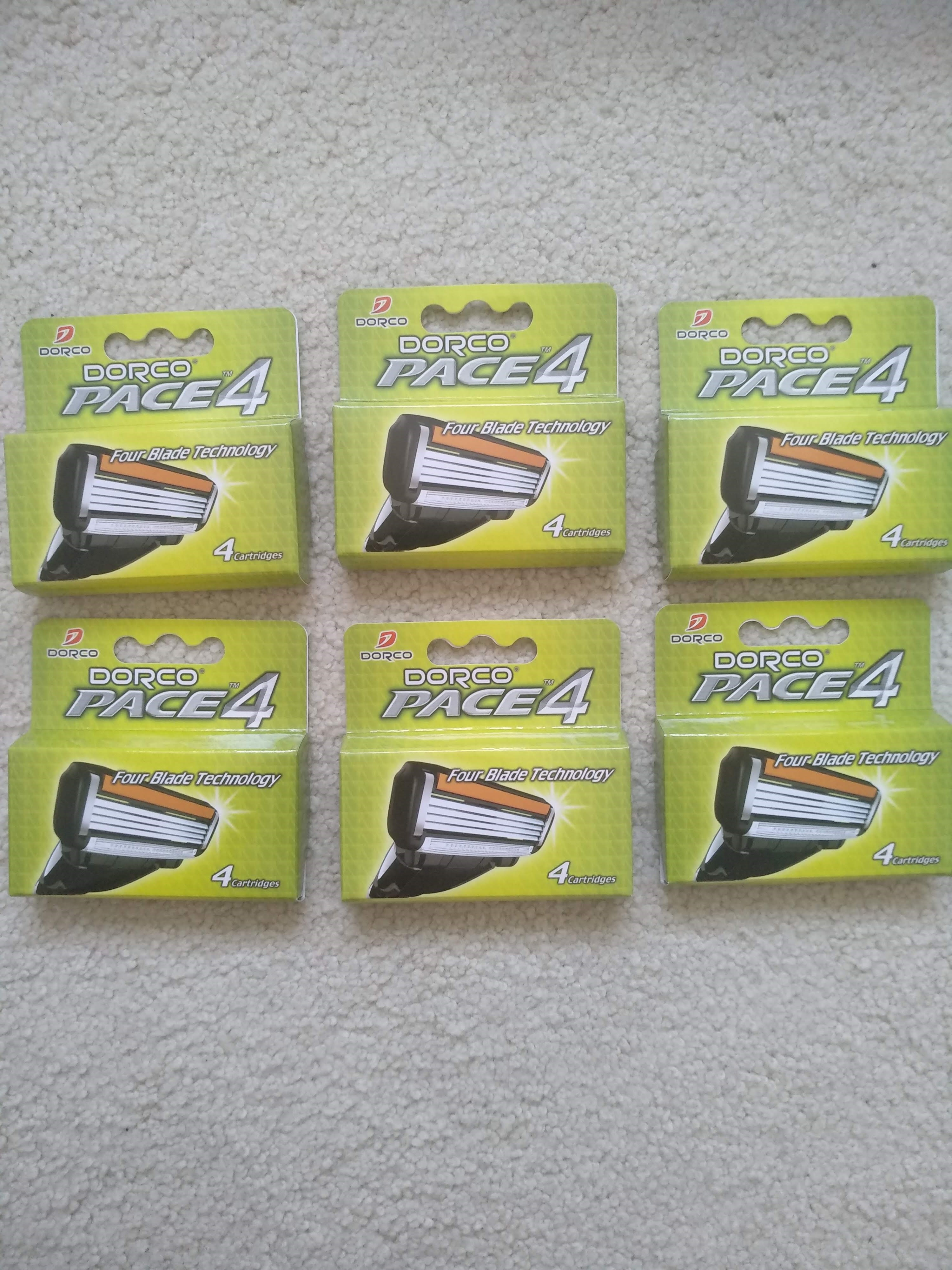 Dave is also a fan of Amazon warehouse where shoppers can get 20 per cent off regular prices.

Two packs of these are currently being sold on eBay for £5.99 so Dave saved just under £10 in total.

But he warns to be careful delivery costs don't cancel out savings.

He said: "Most stores have free delivery but Approved Food charges £7.50 and Holland & Barrett has a minimum spend of £20 for free delivery."

Become a wedding photographer like Aaron and you could earn £60k a year.

We explain how to watch TV legally WITHOUT paying for a licence.