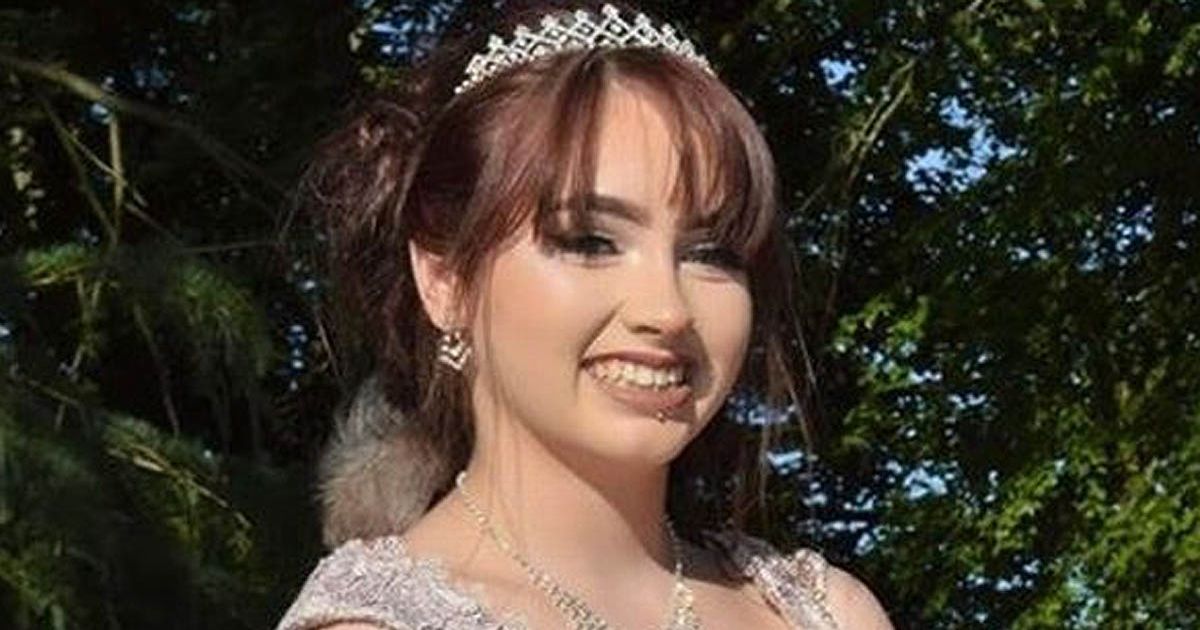 A father has slammed the "terrible" care he believes his teenage daughter received at the crisis-hit hospital where she was found dead in a bathroom.

Christie Anne Brayley is thought to have killed herself at West Lane Hospital, in Middlesbrough, on Thursday after a two-year battle with mental health issues.

The teenager had been a patient at the hospital during that time, Teesside Live reports.

An inquest will be opened into the 17 year old's death to officially establish the cause and circumstances.

Her father Michael Harnett claimed she was illegally strip searched, restrained and repeatedly sent home despite the family's concerns that she would self-harm.

The  hospital has been temporarily suspended from admitting patients by the Care Quality Commission (CQC) following an unannounced inspection last week.

Mr Harnett said: "How on earth can she kill herself in a hospital environment like that, that's meant to be helping her get better?

He explained how he often had to fight to get the hospital to keep Christie, from Newton Aycliffe, in, and stressed how she was "really struggling" when she went back into hospital on the day she died.

Her father says she'd had asked to have a bath during the ward handover and nobody was aware anything had happened until the tragic discovery was made.

Mr Harnett added: "She was absolutely amazing, we have been overwhelmed with the amount of support.

"We have had so many messages off people about the amount of help she was giving them.

"She thought about everybody else, she kept herself to herself, she was just quiet at the back but she talked to people when it was needed."

He added that Christie, who is one of six children, had a special bond with her younger brother, Riley Harnett, 7, and they were "inseparable".

She was also a keen singer and her family hopes to spread a song she recorded called 'Finding My Way' about mental health struggles.

The CQC watchdog said it has taken action against  Tees, Esk and Wear Valleys NHS Foundation Trust  "to protect the safety and welfare of residents at West Lane Hospital".

Colin Martin, chief executive at Tees, Esk and Wear Valleys NHS Foundation Trust, said: “Our priority is the safety and welfare of our patients.

"We are taking immediate and urgent actions to address the concerns identified by the CQC – recording of observations, risk assessments and staffing levels given the acuity of patients.

“We are developing a detailed response and working closely with the CQC to address the issues identified during the inspection."

He added: "We are also talking to patients, families and carers within the service to make them aware of the situation, and the actions we’ll be taking.

“Alternative arrangements for the care of individuals who might require admission have been made with the support of neighbouring Trusts and NHS England."

Elizabeth Moody, director of nursing and governance and deputy chief executive added: “Our thoughts are with Christie’s family and friends at this distressing time.

“It would be inappropriate for the trust to comment on the care and treatment of any individual.

"However we always carry out a full review when someone under our care dies so there will be a full investigation, which will be carried out along with other agency partners."

She continued: “We have been talking to the family and if any family members would like to contact us we’d encourage them to do so.”

Mr Harnett and Christie's mum, Charlotte, hope that a charity called 'Christie's Promise' can now be set-up in the teenager's memory to help other families.

He added: "We just want to make sure that whatever failings the hospital has done, it all gets brought out in the open so it can get stopped and changed."

Samaritans (116 123) operates a 24-hour service available every day of the year. If you prefer to write down how you’re feeling, or if you’re worried about being overheard on the phone, you can email Samaritans at [email protected]