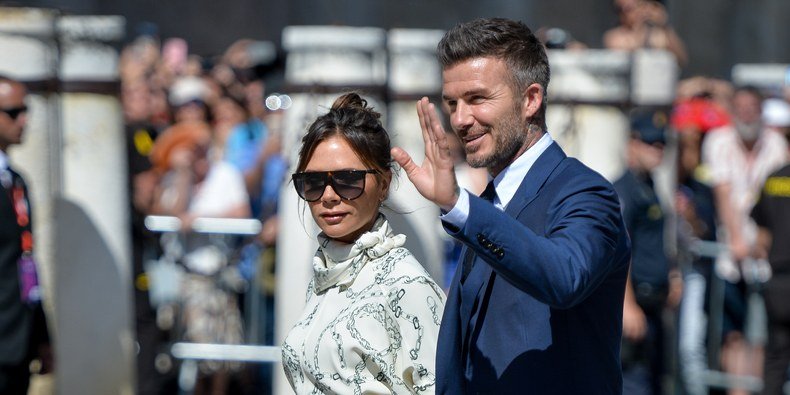 With all the images and videos of yachts, shimmering coastlines, and sprawling Mediterranean dinners that flood our timelines over the course of the summer, we have to wonder if celebrities choose to go on vacation with the sole purpose of making as seethe with envy.

Whether or not David and Victoria Beckham have that goal in mind during their month-long Italian vacation is besides the point. The only thing we know for sure is, it’s working. As they’ve been doing for a good chunk of August, the power couple continued to flood Instagram with idyllic scenes from their luxurious family vacation, and as is usually the case, The Daily Mail has all the details.

In one video, which was reportedly taken in Puglia, the loving couple can be seem arm-in-arm, Victoria in cut-off denim shorts and a black baseball cap, and a shirtless David wearing a black bandana wrapped around his head. Naturally, Victoria is holding a glass of white wine, because, vacation.

But the Beckhams did more than just lounge on mega-yachts all day. As the Daily Mail points out, David, Victoria, and two of their children, Harper and Romeo, went parasailing. Ever the doting dad, David was there to calm his daughter’s nerves. Brooklun and Cruz were also seen parasailing, because clearly that adventurous spirit runs in the family.

When they weren’t testing the limits of gravity, the family practiced self-care with morning yoga sessions, which included Victoria “performing a headstand” alongside her children, The Daily Mail points out.

The month-long R&R session might be exactly what Victoria needs, after it was reported that she’s considering reuniting with the Spice Girls at next year’s Glastonbury. Fans were heartbroken when she initially revealed that she wouldn’t be joining her former girl group for their reunion tour. "I won't be joining my girls on stage again but being in the Spice Girls was a hugely important part of my life," Beckham wrote on social media in May. "I wish them so much love and fun as they go back on tour next year.”

Related: Victoria Beckham Might Be Joining the Spice Girls Reunion After All