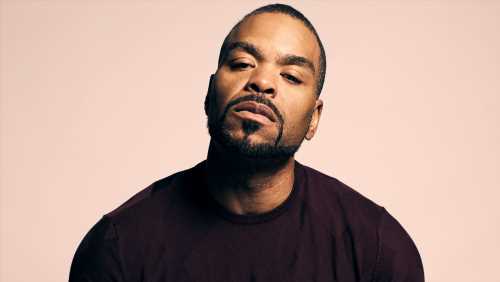 In Waldo, Smith will appear opposite Mel Gibson and Charlie Hunnam. The feature based on Howard Michael Gould’s novel Last Looks follows a disgraced LAPD detective (Hunnam), who’s spent the past three years living off the grid. He’s reluctantly pulled back into his old life by a former lover in order to solve the murder of an eccentric celebrity’s wife. Smith will play a rapper who is being investigated by Waldo (Hunnam). The film was adapted by Gould and also stars Morena Baccarin, Dominic Monaghan, Eiza Gonzalez, Clancy Brown, Lucy Fry and Jacob Scipio.

Deadline exclusively reported the announcement of Concrete Cowboys which is inspired by the real-life Fletcher Street Stables, a black urban horsemanship community which has existed in Philadelphia for more than 100 years providing a safe haven for the neighborhood. Greg Neri’s book Ghetto Cowboy also serves as a source of inspiration for the film which follows 15-year-old Cole (McLaughlin) who is taken to live with his estranged father Harp (Elba) in North Philadelphia, where he discovers the city’s vibrant urban cowboy subculture, which flourishes despite the surrounding poverty, violence, and encroachment of gentrification.

Smith will step into the role of Leroy, a lifelong friend of Harp’s (Elba) who grew up on Fletcher Street and now works as a mounted officer for the Philadelphia police department. The cast also features Jharrel Jerome, Lorraine Toussaint and Byron Bowers. Staub co-wrote the screenplay with Dan Walser.

Best known for his role in the super rap group Wu-Tang Clan, Smith made his acting debut in One Eight Seven. He has since appeared in a diverse array of films and TV series including Garden State, Keanu, Paterson, Oz, The Wire, The Last O.G., Luke Cage, The Good Wife and more. He also served as the host of TNT’s rap battle series Drop the Mic.

He recently had a recurring role on HBO’s critically acclaimed drama The Deuce and appeared in the most recent iteration of Shaft starring Richard Roundtree, Samuel L. Jackson and Jessie T. Usher. He can be seen next in Jay and Silent Bob Reboot. He also serves as the Executive Producer for the upcoming Hulu series Wu-Tang: An American Saga.