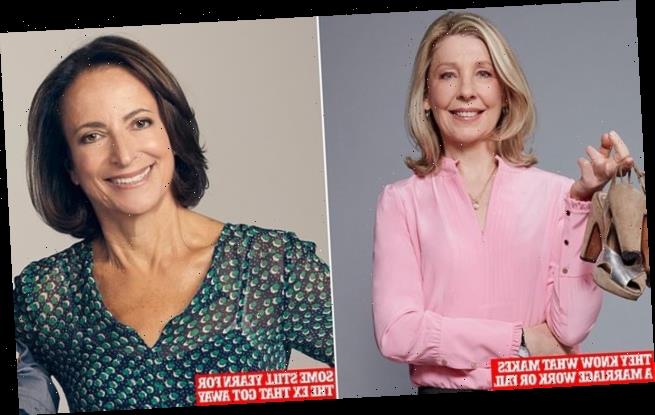 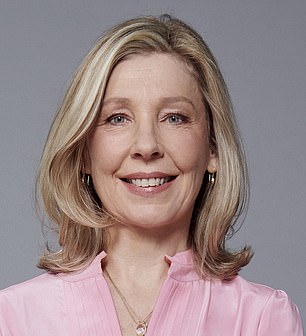 So comedian Katherine Ryan has said what some of us have thought for as long as we’ve been married to a divorcé: ‘I don’t think most men are really ready to be married until they’ve been divorced’. Most might be pushing it, but not by much.

I’m certainly relieved to be the second wife, mainly because getting hitched for the first time to a man who has done it all before guarantees that at least one of you is going into it with realistic expectations.

It’s not that men are more pragmatic the second time around — my husband Tris had three kids; I had no experience of children and didn’t cook or clean — they’re just wiser.

Also even an amicable divorce (and his was not one of those) is always horrible. So, if the man who has been through all that wants to get back on the horse again, and put their confidence in what you have together, it feels like an extra powerful commitment.

You’re getting the experienced, incentivised version of the man. A husband who is ready to do it right this time, because he can’t afford to get it wrong. I don’t just mean financially, but that, too. People get married young because they are in love and in lust, they’re fed up with sharing a flat with six other people and it’s an adventure.

My husband got married in a fever of optimism when he was 24. I can say with some certainty that he will have been as ready for marriage as Liam Payne was when he met Cheryl Cole. Instead, I had 20 years to grow up before we met, and he had 20 years of working out what makes a marriage work, or not.

The second-timers (I’d draw the line at more than one ex, ideally) have baggage, but they know things. They understand what they can reasonably expect, what’s required of them, and, crucially, they see where it can all go wrong.

In the early days of our marriage, I’d be convinced we were on the road to divorce if we had a blazing row. But Tris would reassure me our argument was only a two-out-of-ten on the scale of marital apocalypse.

He understood better than me when a couple need space and when they don’t. He had experience of in-laws and joint accounts, uneven responsibilities and blurred lines, all the things that can push a marriage into the danger zone.

The idea that most men aren’t ready to be married until they’ve been divorced makes no sense unless you truly believe that men learn by their mistakes.

And there’s scant evidence for that. In fact, second marriages have a horribly high failure rate with statistics suggesting they are more likely to end in divorce than first.

Oh, the baggage a divorcé comes with. ‘I’m over my ex,’ they declare, then launch into a diatribe about how she’s trying to fleece him for every penny.

Just as bad are the ones still yearning for the ex that got away. About six months into my relationship with my current partner of 12 years, I decided there was no hope.

He still couldn’t understand why his ex had called time on their marriage, even though the decree absolute was several years before.

I liked this man so much I hung in there until, about a year later, he suddenly woke up to me and the fact that he had come to love me.

Of course, I myself am also a divorcée — twice over! Before I met my partner, I was careful not to mention my marriages when out dating again. Sadly, the same can’t be said for the men I met. Having my body compared (unfavourably) to a former wife by one divorced guy I was dating raised a red flag, even as he was proposing commitment.

Then there are the divorced dads. ‘The kids will adore you as much as I do,’ he may promise. Not if his ex-wife has already poisoned them against you, they won’t. Or they’re going through the surly teenage phase and want their dad to themselves if they get to see him.

Let’s say, though, he’s a devoted dad and that’s one of the things you find most lovable. You’ll find that trait less adorable, as several of my friends learned, after playing second fiddle to his need to prove nothing has changed for his children despite not living with Mum.

Especially if you’re alone on Christmas Day because he’s spending it with the ex for appearances’ sake. It’s so good the children don’t have to split themselves in two at this most important time of year, you’ll tell yourself as you polish off a box of mince pies all by yourself.

If your perfect divorced man was an adulterer (perhaps his affair with you triggered his divorce), are you sure it’s not in his nature to stray? If he’s funding his family, are you sure you don’t mind supporting him while he continues to cough up for them?

Divorced men often come to marriage the second time around with barely healed battle scars and while they may see themselves as reformed characters, they may well turn out to be damaged ones, too.