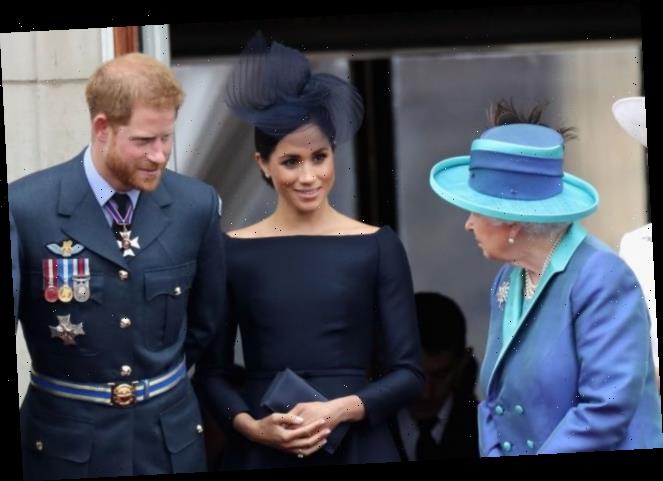 Queen Elizabeth is reportedly disappointed with Prince Harry and Meghan Markle after their shocking announcement. In what has been dubbed #Megxit, Prince Harry and Meghan, Duchess of Sussex, revealed that they no longer want to be senior members of the royal family and will be living North America for part of the year. The announcement completely blindsided members of the royal family, and Queen Elizabeth – despite her outward showing of support – is reportedly ready to hand out some punishment after Harry blatantly disobeyed her orders.

Harry allegedly requested to meet with Queen Elizabeth ather Sandringham estate prior to the big announcement. At the time, Her Majestyreportedly told Harry that he should avoid making any decisions before they hada chance to talk.

According to PageSix, Prince Charles also warned the Sussexes not to announce anything untilthey had Queen Elizabeth’s blessing, especially when it comes to their futurein the monarchy.

“After many months of reflection and internal discussions, we have chosen to make a transition this year in starting to carve out a progressive new role within this institution. We intend to step back as ‘senior’ members of the Royal Family and work to become financially independent, while continuing to fully support Her Majesty The Queen. It is with your encouragement, particularly over the last few years, that we feel prepared to make this adjustment. We now plan to balance our time between the United Kingdom and North America, continuing to honour our duty to The Queen, the Commonwealth, and our patronages. This geographic balance will enable us to raise our son with an appreciation for the royal tradition into which he was born, while also providing our family with the space to focus on the next chapter, including the launch of our new charitable entity. We look forward to sharing the full details of this exciting next step in due course, as we continue to collaborate with Her Majesty The Queen, The Prince of Wales, The Duke of Cambridge and all relevant parties. Until then, please accept our deepest thanks for your continued support.” – The Duke and Duchess of Sussex For more information, please visit sussexroyal.com (link in bio) Image © PA

Despite the multiple warnings, Prince Harry and Meghan wentrogue and posted their shocking announcement on Instagram. They did, however,reach out to Prince William before they shared it – but they only gave him aten-minute head start.

A source claims that the announcement “hurt” Queen Elizabeth and the rest of the royal family, all of whom are very disappointed with Harry and Meghan. The insider also says that the Duke and Duchess of Sussex will be facing consequences for their actions – which does not sound good.

“Harry and Meghan will be punished for this,” the sourcedished.

The insider added that Harry talked to Charles prior to theholidays. Harry allegedly asked permission to spend more time away from the U.K.but did not say anything about leaving the royal family.

Charles told Harry that he needed to take time and iron out the details in his plan. In response, Harry sent him a proposal at the start of January, but the Prince of Wales was still not satisfied.

Harry’s father wanted him to think about the implications ofhis decision to spend time away from the U.K. When Harry asked to meet withQueen Elizabeth upon his return from Canada, he was told the same thing.

But instead of following the advice of Queen Elizabeth andCharles, Harry and Meghan decided to make their decision public knowledge. As aresult, the insider says that the royals felt disrespected by the announcement andthought it was “shocking behavior.”

“The way they made this announcement showed little orno respect to the Queen or the Prince of Wales who have … given a lifetime ofservice to the Crown,” the source stated. “It is shocking, just shockingbehavior.”

How mad is Queen Elizabeth?

Queen Elizabeth has not said anything about Harry and Meghanstepping down. Inside sources, however, claim that Her Majesty is furious withthe couple and is angrier than she was with Prince Andrew’s recent scandal.

“The Queen will be feeling very let down and very angry,”Dickie Arbiter, a former spokesperson for the royals, shared. “Probably moreangry than she felt after Andrew’s car-crash interview last year.”

Andrew found himself in the hot seat last year after he was accused of sleeping with one of Jeffrey Epstein’s sex slaves. Prince Andrew denied the allegations and attempted to clear the air in an interview.

📸 To mark the start of a new decade, a portrait has been released of Her Majesty The Queen and Their Royal Highnesses The Prince of Wales, The Duke of Cambridge and Prince George.‬ The portrait was taken by Ranald Mackechnie in the Throne Room at Buckingham Palace. Photograph © Ranald Mackechnie

The move completely backfired on Andrew, who failed todefend his connection to Epstein. He eventually stepped down from his royalpost and has been in hiding ever since.

The Sussexes have received a moderate amount of support overthe past few days, with their loyal followers wishing them the best in theirendeavors.

But a good portion of royal watchers have heavily criticized them for stepping down. After the couple wished Kate Middleton a happy birthday on social media, for example, fans slammed the couple for trying to get the best of both worlds.

“Dear Harry, dear Meghan, why don’t you withdraw completely?Give up your titles and work like all other normal people! You cannot do whatyou want and still ask the taxpayer for money! It’s so disrespectful to thefamily, don’t spit on the hand that feeds you!!!” one fan wrote.

Queen Elizabeth met with Prince Harry, Prince Charles, Prince William with Meghan reportedly joining via phone to see exactly where the family goes from here. After the meeting, Queen Elizabeth issued a statement saying she is “supportive” of their decision and has agreed to a “period of transition.”