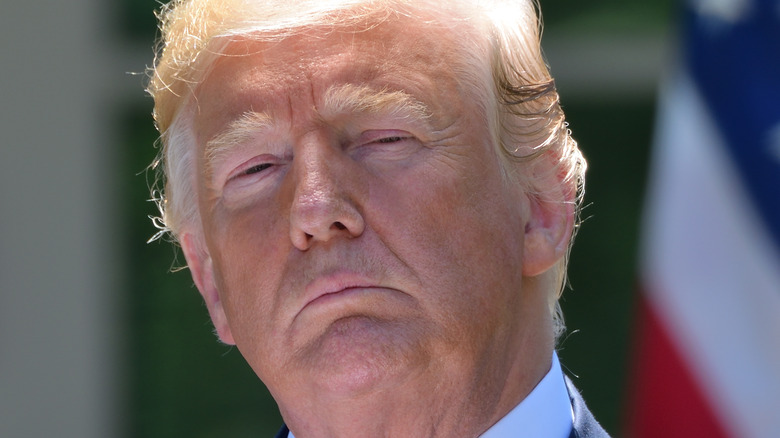 If you expected Donald Trump to have moved on from his presidential loss last November, you would be wrong. The former president is still focusing on what he believes is “the crime of the century,” according to CNN. Trump was asked to give a speech at the North Carolina Republican Convention on Saturday, and it wasn’t the comeback some people wanted.

The event was supposed to be his return to the political stage as he moves on to the next phase in his career. Many people even thought Trump might help to push for a Republican takeover in 2022, but things didn’t seem to go according to plan. Instead, Trump mostly focused on his false claims that the 2020 presidential election was “stolen” from him. Since Trump is still blocked from major social media platforms, like Twitter and Facebook, The New York Times reports that he’s had to find other ways to “promote the fabrication that the 2020 election was stolen from him.” This convention was just one of those ways, and he didn’t just stop at talking about the election. 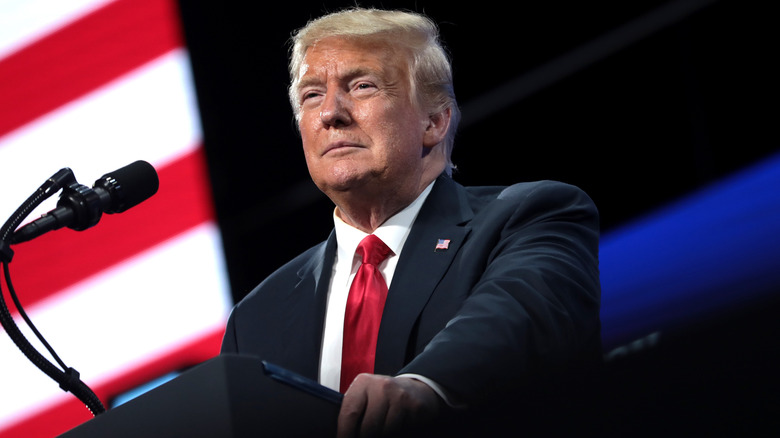 Donald Trump also took his time on stage to brag about how his administration handled the coronavirus pandemic. According to Politico, Trump not only said, “If we had not come up with a vaccine, you would have had 1917 Spanish flu numbers,” but he also complained about infectious disease expert and chief medical advisor to the president, Dr. Anthony Fauci.

The former president also complained about Facebook’s recent decision to suspend his account for two years (via Yahoo). Trump was removed from the social media platform in the wake of the violence at the Capitol on January 6, 2021. When speaking about the ban, he said, “They say they may allow me back in two years. No, I’m not — I’m not too interested in that.” He also called the decision “so unfair” (via Politico).

The almost 90-minute speech Trump gave on Friday definitely raised a few eyebrows, but when it comes to his claims that he will be reinstated as President of the United States, Trump’s former campaign manager, Corey Lewandowski, said that’s not going to happen. The Guardian reports that when speaking with Fox News, Lewandowski said Trump definitely “lost the election.”