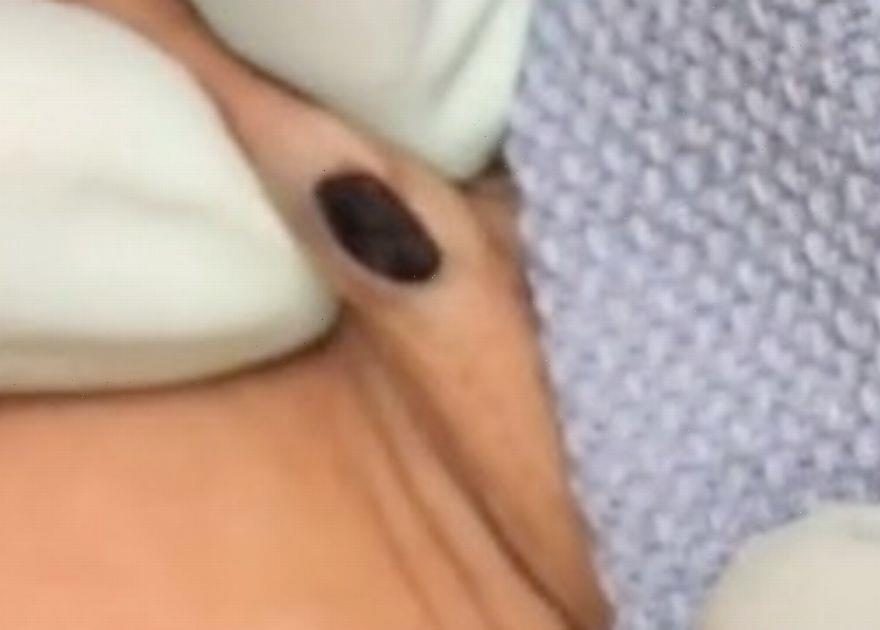 Dr Pimple Popper was delighted when she was able to treat a patient with a massive blackhead in her armpit.

In a TikTok video she uploaded on her @drpimplepopper channel, the dermatologist examines the huge "pothole" which is technically called a dilated pore of Winer.

Dr Pimple Popper, also known as Sandra Lee MD, asks the patient about her medical history and she says the blockage "came back" after she squeezed it out herself.

The medic says: "That's the thing, it's a pore that's dilated. It does come back because there's an opening."

She then explains it's "like a pothole that just fills up" and starts to squeeze it out with her gloved hands.

Every time she squeezes some of the blackhead erupts out in a sausage shape and she pulls it away with her tweezers.

Dr Pimple Popper shows the patient what she dug out and explains it is hard and "oxidised".

The hole is red raw and clean-looking when she is finished but it's not clear how long it will last before it fills up again.

Since Dr Pimple Popper uploaded the clip on August 24 it has been watched more than 3 million times and racked up hundreds of comments.

One user said: "I think I would have popped that one myself."

"You are wonderful with your patients," gushed a third follower.

Someone else quipped: "At a certain point in the video if you had not seen the beginning you might think you stumbled upon something much different."

Dilated pores of Winer are a type of non-cancerous cyst that occur in a hair follicle or sweat gland and the hole fills up with keratin which is the protein found in skin.

They are not harmful but can look very similar to a type of skin cancer called basal cell carcinoma so it's best to get them examined by a doctor.