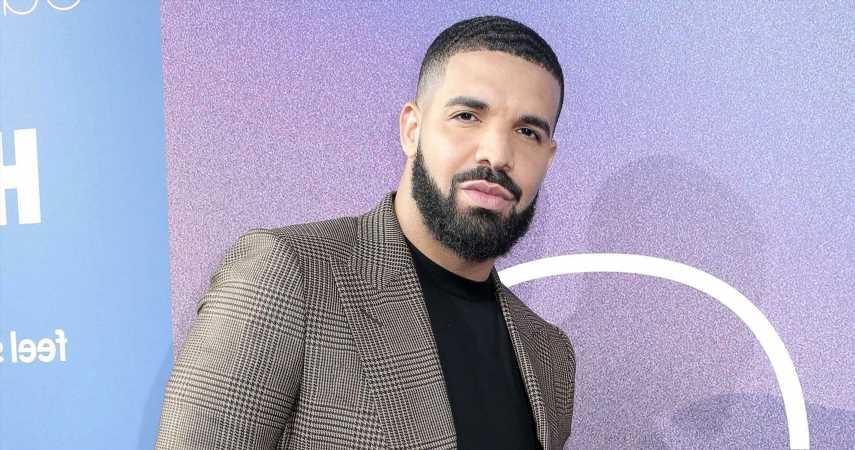 Drake is one of the highest-earning rap artists in the entertainment industry and has been known to earn and spend his fortune in the coolest ways.

Aubrey Drake Graham was born in Toronto, Canada, in 1986 to a mother who was an English teacher and a father who was a musician. His father was a drummer to well-known musicians like Jerry Lee Lewis. Drake had a rough childhood, his parents got divorced when he was hardly five, and the star grew up under the care of his mother. He was also jailed at a young age for drug abuse.

Additionally, he started facing financial crises when he and his mother moved to Forest Hill, a posh suburb. When Drake visited the Forest Hill Collegiate Institute, he realized his passion for being a part of the entertainment industry. Sadly, little did the young boy know that another set of hurdles awaited here. Drake faced discrimination and was also bullied for his mixed cultural origin and religious background. This took a toll on his mental peace, and the star had to take a break from education before rejoining to complete his graduation. His problems may be deep-rooted. However, the rapper’s determination did not stop, and in the long run, he emerged solid and triumphant.

Currently, Drake is worth about $180 million. Here’s how he earns and spends them.

Drake was highly inspired by the legendary rapping skills of Jay-Z and wanted to be like him one day. So he began in 2005 by releasing mixtapes, and his first release was called ‘Room for Improvement,’ which sold 6000 copies swiftly. The first album’s success motivated the rapper, and soon he launched another album in 2006 called Comeback Season, which also gained popularity, especially the song Replacement Girl. This song was also featured on BET.

Lil Wayne was so impressed by Drake’s work that he proposed to collaborate with him. They embarked on a historical music tour called Tha Carter III and composed memorable songs like Brand New, Forever, and Ransom. The third mixtape was released in 2009. It was called So Far Gone, featuring Lil Wayne, Lloyd, Trey Songz, Omarion, and Bun B, as stated by Celebrity Net Worth. This tape has the record of being downloaded 2000 times after its immediate release. It also won The Juno Award.

Drake became an important figure in the mainstream music industry while he was still an independent artist. So it doesn’t come as a surprise that he chose Lil Wayne’s Young Money Entertainment. His debut album was called Thank Me Later, and it topped the Billboard charts in several countries. It was also certified platinum by the RIAA. His second album scored a fantastic platinum six times, and his third album went four times platinum, making him one of the most successful hip hop artists. He grosses over a mind-blowing $1 million in each concert.

Artists are known to own several luxury cars. However, Drake is better known for his private jets. In 2019, he was reported to buy a Boeing 676, which was later customized and named ‘Air Drake.’ The jet alone cost him about $100 million, and he had to pay an additional $280 million for the customization.

The Supercars that Drake’s garage holds are the Bentley Continental GTC W12 and the sporty-looking Devel Sixteen, which he had imported from Dubai to Toronto. He also owns the fast beast, Bugatti Veyron, that he bought for over $1.7 million. Apart from these, several luxury cars such as Mercedes Maybach G 650, Rolls Royce Phantom, Rolls Royce Wraith, and Ferrari Laferrari are a part of his collection, making him one of those rap stars who have their garages loaded with the best automobiles.

Drake is often known as the rap god. However, little do fans know that the rapper started in the entertainment industry as an actor. He tried his luck in the acting industry and successfully landed a role in a Canadian teen drama called Degrassi: The Next Generation. Drake was still a teenager at this point, and he was helped by a friend’s father, who was also an agent.

His mother’s health was deteriorating at this point, and Drake was trying to lift his finances. But, unfortunately, even though he earned about $50,000 per year for his role through season 1 of this sitcom, it was insufficient to fund his mother’s treatment. He also often recalls this difficult time that he had to go through.

Supercars and jets are just one part of Drake’s luxury lifestyle. He is reported to own several properties, which also become a good investment and add to his assets.

He holds a luxury house in Toronto which is worth a whopping $150 million. The most attractive feature of this mansion is the huge NBA regulation-size basketball court. The interiors are lined with limestone, exotic woods, and bronze, giving guests an exquisite experience.

Apart from this, the rapper has also invested millions in palatial house in LA and Toronto. He is reported to have put in about $7 million for his Los Angeles house. While in Toronto, Drake has bought a piece of land for about $6.7 million and owns condominiums. He also plans to build a 35,000 square foot chateau-style house on the newly purchased land.

2 Earns: OVO and Other Business Ventures

Drake had released his second mixtape through his self launched record label known as October’s Very Own or OVO. This business has grown, and Warner Bros. distributes OVO Sound. It represents famous artists like PartyNextDoor, Majid Jordan, and Kash Doll. OVO is now an umbrella company for its clothing line, record label, and radio station, as stated by Business Insider.

Drake has also been a brand ambassador for several prestigious brands. He had worked with Apple and landed an incredible $19 million deal when Apple Music was launched. His other significant endorsement deals were with Sprite, Burger King, Whataburger, and Nike, to name a few. The rapper also is the brand ambassador of the NBA’s Toronto Raptors due to his love for the game.

Apart from spending money on himself, Drake donates a fortune for the needy. He is known to have budgeted about $1 million for the God’s Plan music video so that he could give away the money to deprived people. He also gave away about $25,000 to Miami senior High school and about $20,000 to Miami fire Department.

Drake is also one of the celebrities who came forward to help the distressed during Hurricane Harvey. He is reported to have given away about $200,000 to the relief fund

Drake’s net worth surged from $10 million in 2010 to $50 million in 2020. He is the Second most-streamed rap artist on Spotify. As of now, his average annual income is a jaw-dropping $70 million.