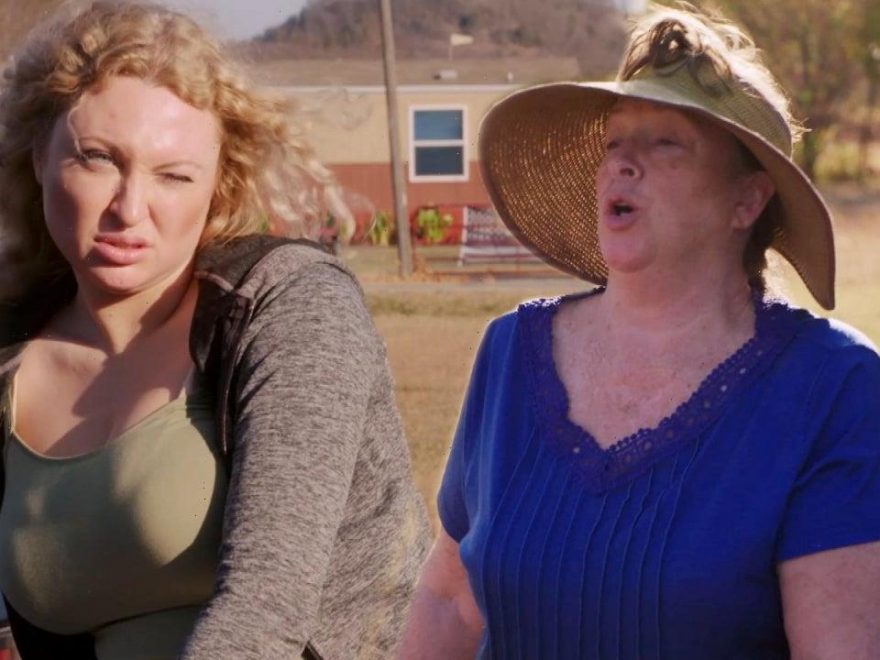 Natalie’s frustrations with her mother-in-law, Trish, finally boiled over on Sunday’s episode of 90 Day Fiancé: Happily Ever After?, resulting in an uncomfortable end to her and her husband Mike’s Thanksgiving visit to see Trish.

Natalie and Trish’s relationship had been tense ever since Trish attempted to stop her son from marrying Natalie, although Mike and Natalie ended up tying the knot right before her visa expired. When Natalie and Mike — a self-professed mama’s boy — traveled from Washington to see Trish in Oklahoma for Thanksgiving, things only got worse. Natalie was offended when Trish pushed her to work as an interpreter, noting that her dream was to work in television. Natalie also accused Trish of calling her a hooker, although didn’t confront her about it.

On Sunday’s episode, Natalie said she had enough after speaking to her own mother on the phone, who still lives in Ukraine. When Trish asked Natalie to pick out a scarf she made as a gift before driving her and Mike to the airport, she refused. Natalie said her mother told her to no longer speak to Trish.

“A woman who insulted you for no reason is not supposed to talk you anymore,” Natalie told Trish. “I’m sorry. I listen to my mom. Bye.”

As she walked out the door, Trish replied, “OK. I have no idea how I insulted her. OK, whatever. I’m the big bad mommy.”

Mike was clearly frustrated with Natalie’s behavior and asked her why she was being rude. At this point, Natalie got in Trish’s truck and refused to come out and said she didn’t want to talk when Mike asked her repeatedly what his mom did to upset her. Finally, she said that she didn’t like that Trish tried to stop their wedding and the “jokes” that Trish made about her. But when asked what specific jokes she was referring to, Natalie didn’t repeat her hooker claim.

“I talked to my mom, I told her everything and she said, ‘Natalie, please. if this woman making fun of you she doesn’t want you in her family. Whatever you do, she will still say sh** about you,'” she said. “Like, it’s inappropriate for me. I’m sorry. It’s not what family does.”

When asked again what specifically Trish said that was inappropriate, Natalie said she wouldn’t repeat it because she was “too high for it.”

Meanwhile, Mike got upset and denied his mom ever called Natalie a hooker.

“She did nothing to you!” he yelled. “So why are you acting like this? Be an adult. Sit back there and pout all you want.”

Trish added, “It’s not disrespectful to try to help you.”

As Mike shut the car door on Natalie, Trish told her son to leave her.

After an uncomfortable ride to the airport, Natalie went straight to security without saying bye to Trish or thanking her for letting them stay in her home. Natalie told cameras she didn’t care about Trish.

“I don’t give a f**k about people who hate me and cancel my wedding and call me bad names for no reason,” she said. “I don’t care. I just know for sure I’m not standing for it. See you never. Bye.”

How I plan to exit every social situation I don't want to be at from now on: #90DayFiancepic.twitter.com/CqORpTYI2q

Meanwhile, Trish told her son that he needed to make some plans.

“I really didn’t do anything to offend her, I tried to be very nice to her about everything while she was here,” she told him. “You know, sometimes you just gotta consider the source. She doesn’t know how to be flexible. And the way she wants to behave is…  If it’s fine in her country then that’s where she needs to go.”

Trish also told cameras, “Every time she goes somewhere, everybody’s house she goes to, she ends up throwing a temper tantrum and going off. I’m not sure what the deal is. But I’m not gonna walk on egg shells to please her. She’s the one that needs to change but she doesn’t seem to be willing to do that.”

As for Mike, he said he was now rethinking his marriage to Natalie.

“When we get home, I think I need to look at my life,” he said. “I need to reevaluate myself and Natalie and I need to figure s**t out.”