Shoppers spot ‘bizarre’ detail in the 7-Eleven logo before the little-known story behind it is revealed: ‘I can’t believe I never noticed this’

Aussie shoppers have discovered a little-known back story of the 7-Eleven logo after spotting an ‘unusual’ detail on the store’s sign.

An eagled-eyed customer noticed all the letters in the convenience store chain’s logo are capitalised excepted for the ‘n’ at the end and shared a snap online.

Many theories were thrown around as to why there was a lone lowercase letter before one person uncovered the real reason for the case change: the CEO’s wife thought it was more ‘graceful’. 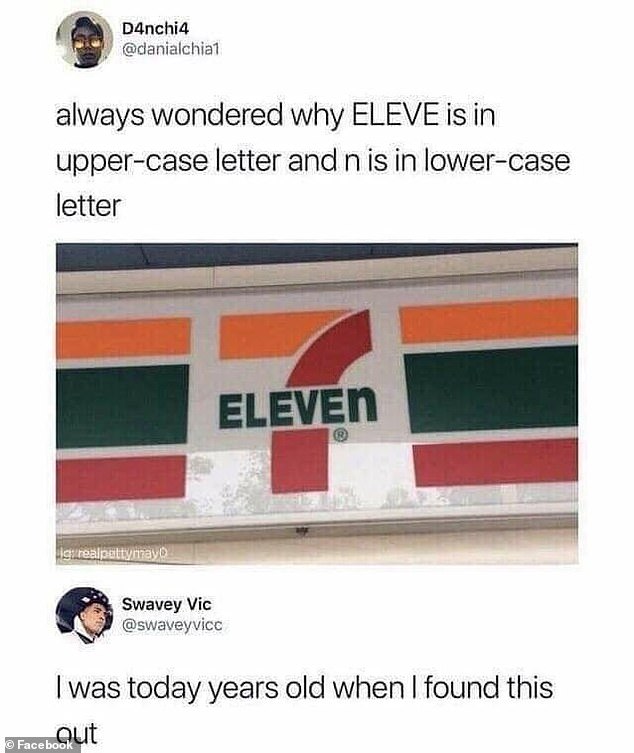 ‘Always wondered why ELEVE is in upper-case letters and n is (a) lower case letter,’ a post to Facebook read.

Shoppers were astounded by the observation and said they had never realised the ‘n’ wasn’t capitalised before.

‘I worked at one for five whole years and never noticed,’ one person replied.

‘Never noticed it at all myself. New one opening a mile from my house this month; will check,’ another said to which a sceptical third responded: ‘Please report back’.

‘Good question. I never noticed,’ said a forth.

Some guessed why the detailed was added with one saying it could be for ‘trademark reasons’.

‘I wouldn’t think you could trademark general terms (or numbers). But the lower case N is the distinctive branding decision they could protect,’ they said.

‘A ridiculous amount of market research goes into deciding on branding. Either a sample size liked the ‘n’ better when it was lowercase, or data was used to predict the preference,’ another explained. 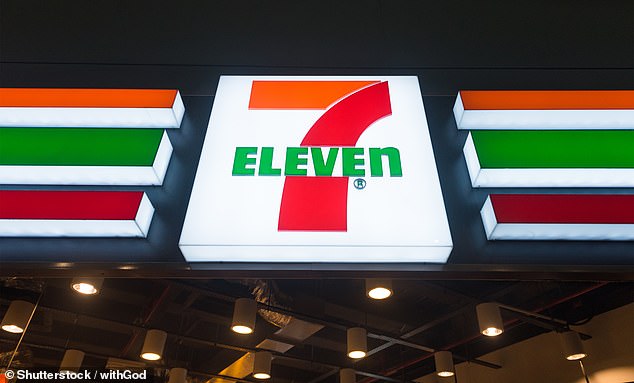 ‘There probably isn’t a grander reason than that branding professionals decided the logo looked more appealing that way.’

One guess was closest to the truth: ‘It looks too angry with a capital ‘n’, but I don’t know for a fact if that’s why. Makes logical sense.’

Internet sleuths revealed the most likely reason behind the decision saying the wife of the retailer’s former president Joe C. Thompson thought a capitalised ‘N’ was ‘too harsh’.

A 7-Eleven spokesperson told Reader’s Digest: ‘One theory is that Thompson’s wife thought the logo seemed a little harsh with all capital letters and suggested that the capital ‘n’ be changed to lowercase so the logo would look more graceful’.

This has been brought up by countless staff members and spokespeople since.

Prior to this, it was believed the ‘n’ was used because the stores are often on the corner of a street. According to fengshui principles, the ‘smoother’ look of the logo would bring ‘more luck and money’ to those who enter.