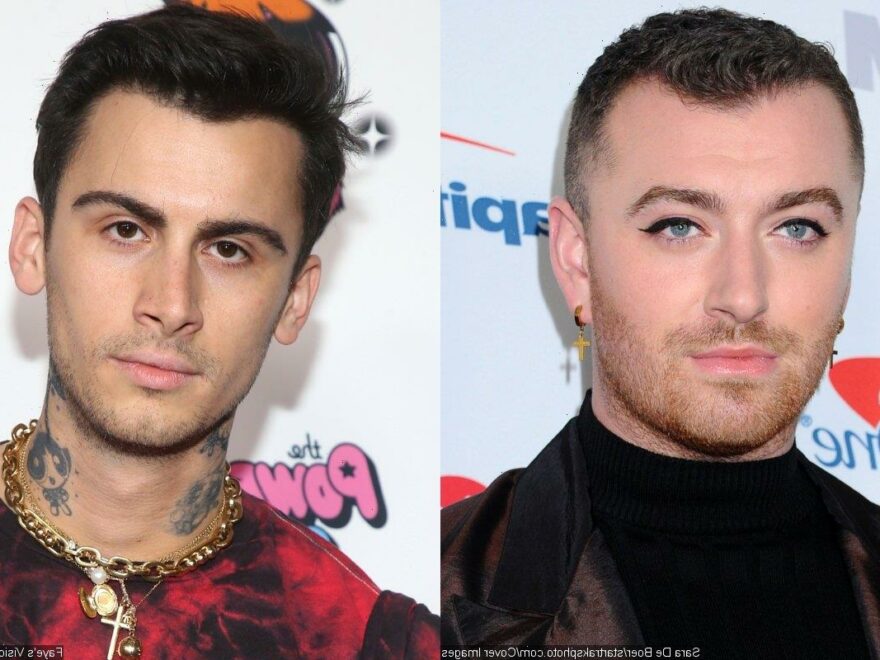 The ‘Unholy’ hitmaker and the 25-year-old designer are also photographed linking their arms as they walk side by side in New York City during the wintery weather.

AceShowbiz –Sam Smith may have found a new partner. The “Unholy” hitmaker was photographed giving a sweet kiss to famed designer Christian Cowan during a casual stroll in New York City.

The 30-year-old singer was spotted out and about with Christian on Sunday, January 15 ahead of their “Saturday Night Live” gig on January 21. In photos published by Daily Mail, the “I’m Not the Only One” crooner was seen giving the designer a smooch on the head. Not stopping there, the two also linked their arms as they walked side by side.

For the outing, Sam donned a yellow shirt that he wore under a coordinating blazer featuring fluffy cuffs. The London native paired it with a pair of blue jeans and black sunglasses. In the meantime, Christian wrapped up in a black coat amid the wintery weather.

The outing came after Christian accompanied Sam to get a new tattoo. Last week, an artist at Australia’s Markd Tattoos’ posted an image of the “Too Good at Goodbyes” singer, the 25-year-old designer and some pals getting inked. The artist wrote, “At first I didn’t believe it when I got an email saying that Sam Smith would like a tattoo from me. Even on the day I thought it was just a hoax… One of my proudest moments as a tattoo artist!”

While it is unclear when they first met, Sam and Christian were photographed together with President Joe Biden and Vice President Kamala Harris at the White House in December last year for the signing of the Respect for Marriage Act.

Sam, who identifies as non-binary and uses the pronouns they/them, recently told British GQ that they “only have had three boyfriends.” They added, “All of them, equally, were just incredible teachers.”

The recording artist added that they no longer need “another person to direct me to me. I direct them to me myself. Because I know who I am. And it’s beautiful.” They went on to elaborate, “Every single relationship is different. Every two people are different. And I think it’s just learning your own language together.”