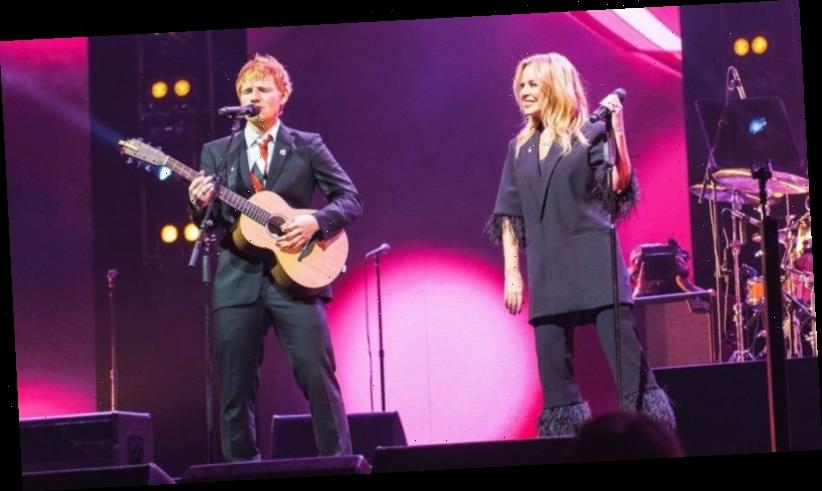 In a heartfelt tribute to Michael Gudinski during Wednesday night’s state memorial service, Bruce Springsteen said the Mushroom boss was a friend who “loved his job and music the way I love mine”.

It was a sentiment repeated time and time again throughout the three-hour service with stars of the music world recalling Gudinski’s boundless passion for connecting people through music. 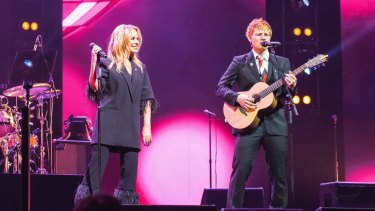 Ed Sheeran boarded a plan upon hearing of Gudinski’s death three weeks ago and was among the performers at Rod Laver Arena who shared memories of the man who encouraged, supported and inspired their creativity.

After performing his song Castle on the Hill, which he said was among Gudinski’s favourites, Sheeran played new song Visiting Hours which he wrote during his two weeks in quarantine.

“In lockdown I was able to have a guitar for quarantine and I always find the best way to process stuff is to write songs, be it good news, bad news or whatever … here is a song I finished last week,” he said.

As the hushed crowd of just over 7,000 people watched on, Sheeran revealed his grief with the sudden loss of his father figure and mentor, singing: Well, I wish that heaven had visiting hours, So I could just swing by and ask your advice, What would you do in my situation? 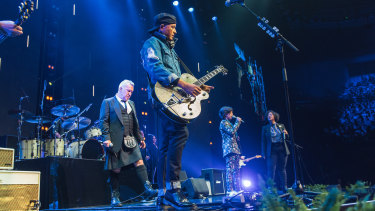 Flesh and Blood is the first single from the album of the same name, due for release in July, and Barnes punched out every word last night with his trademark howl matched only by his overflowing emotions.

“It’s about the unbreakable bonds that bind us to our families through all of life’s ups and the downs,” Barnes said on Thursday. “Without Jane, my kids and grandkids I wouldn’t be here today.

“The song has taken on extra meaning for our family since Michael’s passing. When I say he was a brother to me, I mean that in every sense. We could drive each other nuts sometimes but there was always a deep and loving connection there. I was so excited when I played the single to Michael – he was really pumped about it and we were both really looking forward to sharing this new record together.”

Paul Kelly singing his ode to Melbourne, Leaps and Bounds; Mark Seymour performing Throw Your Arms Around Me with Vika and Linda Bull; and Mia Wray’s big stage performance of Never Gonna Be the Same were all fitting and memorable moments on a night that honoured a great Melburnian.

Sheeran returned to the stage to perform with Kylie Minogue, with Minogue saying, “Michael often talked about his love for Ed and how we should meet … We know that he’ll be just beaming right now”.

In addition to the live music that powered Gudinski’s huge thirst for life, speakers last night included Victoria’s Governor Linda Dessau, who described the venue as a “natural habitat” for the man who made every day count.

“He loved his community and he was committed to it with a generous spirit and a genuine heart,” she said.

Find out the next TV shows, streaming series and movies to add to your must-sees. Sign up to get it every Thursday.