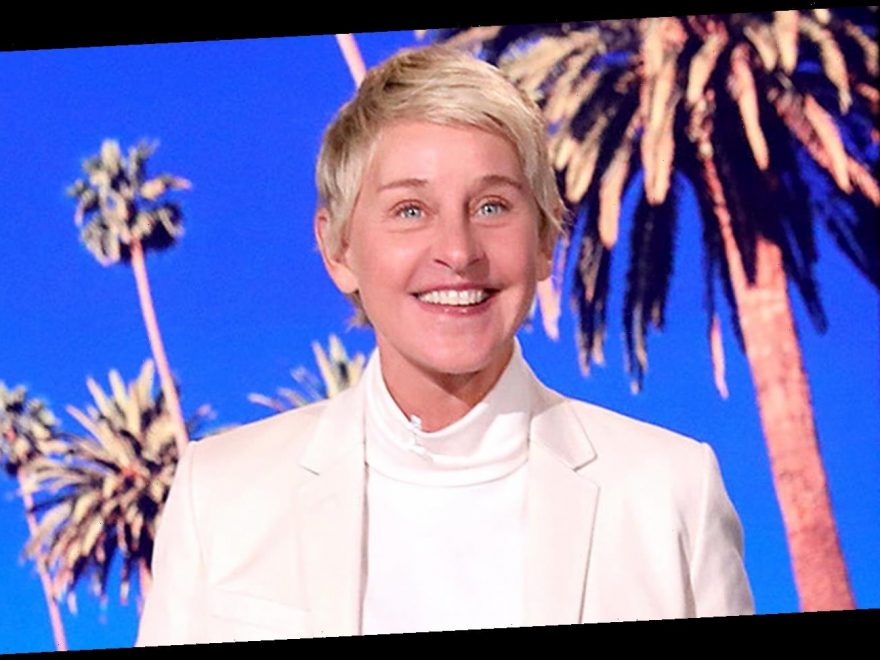 “I’m excited to see, obviously,” the 62-year-old host said as she returned to the longtime daytime talk show on Monday, September 21. “I’m excited to see all of my staff and my crew. Hi, everybody. Please don’t look me in the eye. Oh, I’m kidding. But I will be passing out gum for everyone. Kidding again.”

Earlier this year, the comedian came under fire after several former employees and one current staffer claimed that they had faced racism, fear and intimidation from high-ranking producers of the Emmy-winning series. Among some of the more bizarre accusations about DeGeneres herself were claims that she didn’t allow her staff to chew gum around her because of her “sensitive nose” and that she didn’t want anyone to make eye contact with her on set.

After BuzzFeed News‘ bombshell report made headlines in July, WarnerMedia announced that it would be launching an internal investigation into the allegations. The Finding Dory star later issued an apology to her employees, noting that she had always hoped that her show “would be a place of happiness” for everyone on the job.

“Obviously, something changed,” she wrote in the company-wide letter. “I am disappointed to learn that this has not been the case. And for that, I am sorry. Anyone who knows me knows it’s the opposite of what I believe and what I hoped for our show.”

As she kicked off the new season of Ellen, the Louisiana native addressed several of the harsh claims made about her and her “toxic” workplace. Along with assertions about her own behavior, three of the show’s producers were also accused of sexual misconduct. Ed Glavin, Jonathan Norman and Kevin Leman were all ousted from the show in August.

“I learned that things happened that never should have happened. I take that very seriously. I want to say I am so sorry to the people who are affected. I know that I am in a position of privilege and power and I realize that with that comes responsibility. And I take responsibility for what happens at my show. This is The Ellen DeGeneres Show,” the Game of Games host said in her monologue on Monday, adding that the series would continue making “necessary changes” in the near future.

Ellen DeGeneres’ Inner Circle: Who Are Her A-List Friends?

“The truth is, I am that person that you see on TV. I am also a lot of other things,” DeGeneres continued. “I look at everything that comes into my life as an opportunity to learn. I got into this business to make people laugh and feel good. … So my hope is that we can still be a place of happiness and joy. I still want to be the one hour a day that people can go to escape and laugh. I want to continue to help all the people that we help every day. And I’m committed to making this the best season that we have ever had.”