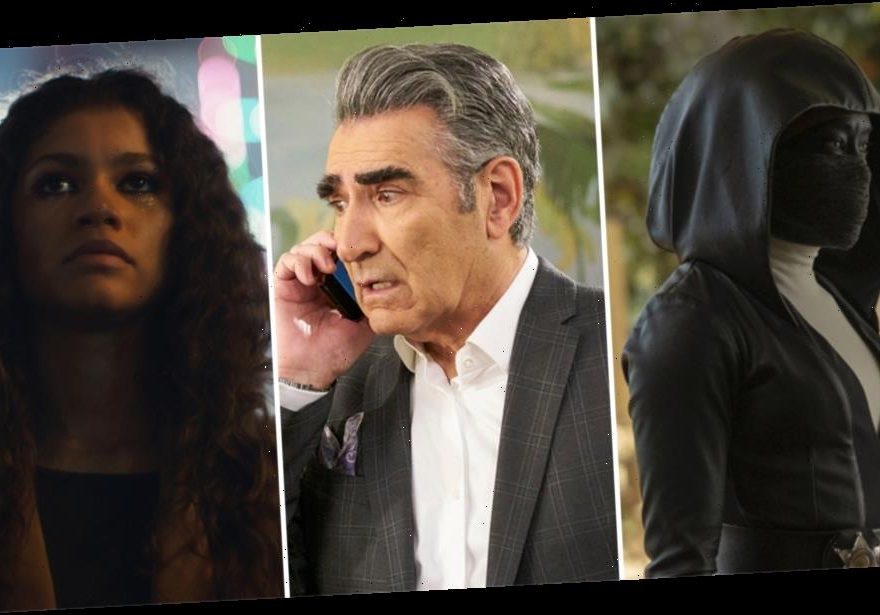 The 72nd annual Primetime Emmy Awards were filled with a slew of surprises including a sweep of all comedy categories by Pop TV’s Schitt’s Creek. The now-ended series won seven trophies including Outstanding Comedy Series. It’s the first time in Emmy history a show has swept every award in that category.

Schitt’s Creek lead Eugene Levy said even he was taken aback by his Emmy win, calling it his “straightest role in 43 years of doing comedy.”

HBO made a strong showing in the latter part of the awards show, adding 11 more wins split among five of their originals.

Another moment in a night of firsts saw Zendaya of HBO’s Euphoria take home the trophy for Outstanding Leading Actress in a Drama Series, beating a competitive field that included The Morning Show‘s Jennifer Aniston, The Crown‘s Olivia Colman, Killing Eve‘s Jodie Comer and Ozark‘s Laura Linney. She’s the youngest person in Emmy history to win in that category.

Julia Garner shocked many with her second win for Netflix’s Ozark. Many were anticipating a win for Succession‘s Sarah Snook for her role as Shiv, Logan Roy’s feisty only daughter.

Check out the photos of those who did win hardware by clicking on the photo to launch the gallery.