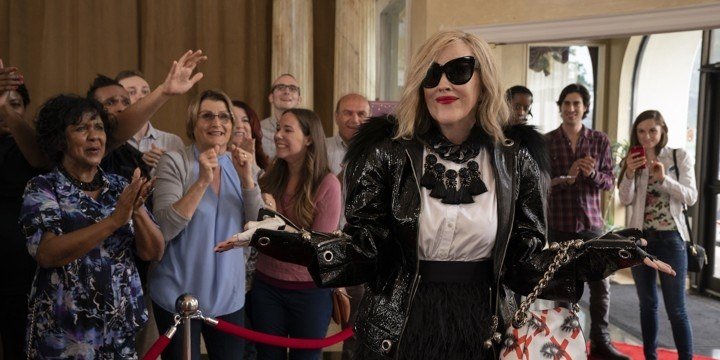 We sympathize with the Emmys, somewhat. Television keeps growing and growing, with more enticing, complicated, and rewarding content than ever (not to mention more A-List talent). And still, just as your average viewer has only so much time to watch these programs, the Emmys only have so many categories in which to recognize them. Trying to decide what to nominate must be about as difficult as trying to figure out what we're going to watch after work. Perhaps even more so. Unlike us viewers, the Emmys can't just erase the pressure of trying to sift through all the prestige television by declaring, "Screw it, we're just going to binge Vanderpump Rules instead."

Of course that means there are bound to be some controversial choices and glaring omissions. Here, the biggest shocks and surprises of the 2019 Emmy nominations.

There was no question Game of Thrones was going to land some nominations for it's final season—it did change the landscape of television as we know it, after all. The only question: would the fan backlash to season seven tamper the Emmy enthusiasm? Apparently not at all. Indeed, the show snagged 32 nominations. That's the most for a show in a single season ever, and blows a 25-year-old record held by ABC's NYPD Blue out of the water. While Kit Harrington and Emilia Clarke both got nods in the lead categories, the show also dominated the supporting acting categories with recognition for Lena Headey, Maisie Williams, Sophie Turner, Gwendoline Christie, Nikolaj Coster-Waldau, Peter Dinklage, and (perhaps most surprising of all) Alfie Allen (he's a good man, after all). "Red Woman" Carice van Houten also popped up in the guest actress category for good measure. Ironically, actual Game winner Isaac Hempstead Wright didn't get nominated, but we assume he saw that coming. The domination continued in behind-the-scenes categories too, including, yes, writing.

It is still a very big deal that Julia Roberts deigned to do her first regular television role ever, but evidently the Emmys weren't that impressed. Though Homecoming was greeted by pretty solid reviews and fan buzz when it premiered last year, the Academy apparently forgot about the Amazon Prime thriller. Despite it's three previous Golden Globe nods, the show got absolutely nothing at the Emmys.

Surprise: Christina Applegate for Dead To Me

Applegate has been consistently working in television for three decades, and has picked up a few nominations in the past. However, with little advanced buzz, her Netflix series Dead To Me managed to charm everyone, and rocketed Applegate to an unpredicted Emmy nomination.

Academy of Television Arts & Sciences absolutely ate up Phoebe Waller-Bridge's Fleabag, showering it with 11 nominations, particularly for its acting crew: Waller-Bridge, Olivia Colman, Sian Clifford, Fiona Shaw, and Kristen Scott Thomas all were nominated in their categories, even though some had been considered long shots. Unfortunately, that good will did not extend to season 2's breakout new character, colloquially known as "The Hot Priest." Actor Andrew Scott was on the outside looking in the Supporting Actor in a Comedy race. Pour out a canned Gin & Tonic in his honor (or, actually, just drink it).

The definition of a sleeper hit, Canadian import Schitt's Creek existed, first, quietly on it's American home, Pop, until a cult fandom slowly, but surely, began to grow. It's gotten to the point where ever the Emmys can't ignore it, and the show received three nominations for it's final season. That includes acting nominations for Catherine O'Hara and Eugene Levy (who, fun fact, shared an Emmy for writing on SCTV all the way back in 1982) and Best Comedy.

While Game of Thrones overcame a backlash and Schitt's Creek surprised for their final seasons, the same can't be said for all dearly departing shows. The aforementioned comedies all came up with no major award noms. This also means that, somehow, Jane Krakowski never won an Emmy for either of her characters from Tina Fey-created shows. Sigh.

Through his work at Balmain, Olivier Rousteing is one of Hollywood's favorite designers, and his Emmy nominations only cements that fact. Thanks to his work on Beyoncé's Homecoming he scored a nomination in the lengthy category of "Primetime Emmy Award for Outstanding Costumes for a Variety, Nonfiction, or Reality Programming." He'll face off against Zaldy, the designer who has had his own namesake labels in addition to designing Gwen Stefani's LAMB line and has won the category the past two years for his work on RuPaul's Drag Race.

The pair are not the first runway favorites to score Emmys nominations, however. Bob Mackie has multiple Emmys and Isaac Mizrahi once scored a nomination, too.

The Golden Globes, by their nature, have a weird thing for awarding English television shows that haven't quite broken through in the same way in America (see: their entire history with Ricky Gervais). But Richard Madden's win for Bodyguard seemed like more than just a weird Globes quirk. Apparently, the Emmys didn't quite see it that way.

Felicity Huffman didn't get a nomination for her work in Ava Duvernay's Netflix mini-series, but just about everyone else did, including Jharrel Jerome and Niecy Nash.

Ok, wait, is Cate Blanchett doing a broad impression of Serbian performance artist Marina Abramović on an IFC comedy series considered niché or something? Because the Oscar winner's stint on Documentary Now did not net her a Guest Actress nomination.

Animated Program is, perhaps, not the most watched category, but just to give you an update, BoJack Horsemen scored it's first nomination in the category along with fellow first time Netflix program Big Mouth. The Simpsons is still there, but South Park went unrecognized for the first time since 2012. The manboy community is likely shaken.

Clooney came to television with Hulu's Catch-22, but the Emmys weren't interested in playing ball.

Not Snubs: The Handmaid's Tale and Big Little Lies

No, these shows weren't snubbed. They just weren't eligible for major categories. For Big Little Lies, the reason is simple. It's second season premiered in June, after the eligibility date passed. The same is true for the third season of The Handmaid's Tale too, though, the situation is a little more complicated. The show did get nominated for eleven awards, but none in major categories. Those awards recognize episodes from season 2 that premiered after last year's cut-off date.