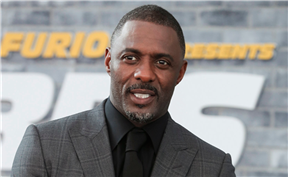 One of the best moments in the “Hobbs & Shaw” official trailer is when Idris Elba proclaims, “I’m black superman.” The “Luther” fan favorite stars in the “Fast and Furious” spinoff movie as the villainous Brixton, a genetically-enhanced terrorist hellbent on destroying the human race through a manmade virus. Elba’s co-star Dwayne Johnson revealed to Variety that Brixton was originally supposed to declare himself the “black James Bond,” although the joke was rejected by Elba himself because “it’s too close to what everybody’s talking about.”

Johnson is referring to the never-ending rumor that Elba will take over the role of James Bond from Daniel Craig following Bond 25, which is the last film on Craig’s 007 contract. Craig has played the character since “Casino Royale” and Elba has long been a fan favorite replacement. Elba recently spoke to Vanity Fair about the possibility of becoming James Bond, telling the outlet that while he loves the idea he’s not necessarily striving for it.

“James Bond is a hugely coveted, iconic, beloved character, that takes audiences on this massive escapism journey,” Elba told the magazine for a cover story interview. “Of course, if someone said to me ‘Do you want to play James Bond?,’ I’d be like, Yeah! That’s fascinating to me. But it’s not something I’ve expressed, like, Yeah, I wanna be the black James Bond.”

“You just get disheartened,” he continued. “When you get people from a generational point of view going, ‘It can’t be.’ And it really turns out to be the color of my skin. And then if I get it and it didn’t work, or it did work, would it be because of the color of my skin? That’s a difficult position to put myself into when I don’t need to.”

Where the Bond franchise goes after Craig’s last outing remains to be seen. Following “Hobbs & Shaw,” Elba will return to theaters during the Christmas holiday with a starring role in Tom Hooper’s “Cats” musical adaptation. The actor is playing the cat Macavity in the film, which also stars Judi Dench, Jennifer Hudson, and Taylor Swift.