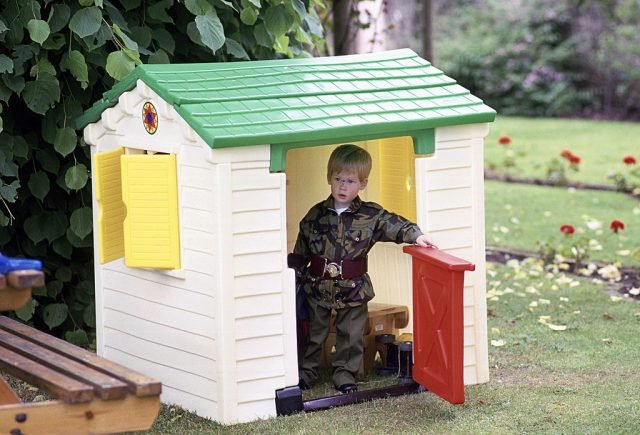 While Prince Harry, Duke of Sussex, had enjoyable parts of his childhood, others weren’t as happy. Namely the fact that he “would be completely left out,” according to a royal expert and author. Keep reading to get all the details.

Editor of Majesty magazine, Ingrid Seward, who has been covering the British royal family since the 1980s — she’s written more than 20 books on the subject —  spoke about Prince Harry’s youth in the recently released documentary, Meghan and Harry: The Baby Years, produced by the U.K.’s Channel 4.

“The Queen Mother used to say, ‘Come on William come and sit next to me,’” Seward said of Prince Harry’s older brother Prince William, according to The Daily Mail. “And little Harry would be completely left out,” she added.

The now 34-year-old prince is currently sixth in the line of succession behind Prince William, Duke of Cambridge, and his children, with Prince Charles, Prince of Wales, the William and Harry’s father in the No. 1 spot.

Before they began having children of their own, Prince William and Prince Harry were in line behind their father, in the No. 2 and No. 3 spots.

Since Prince William and Kate Middleton, Duchess of Cambridge, had three children — Prince George, 5, Princess Charlotte, 4, and Prince Louis, 1 —  they bumped Prince Harry down the line of succession.

Although that means it’s extremely unlikely — daresay nearly impossible — Prince Harry will become king, he’s afforded more wiggle room on certain aspects of royal life. He has more freedom as opposed to Prince William, who will certainly become king, and as such is under more pressure to live up to certain expectations.

Prince Harry has been known as second best to his brother since his birth in 1984 after his parents, Prince Charles and Princess Diana, welcomed Prince William in 1982.

“Harry has always known he was number two,” Seward said in the documentary. “And obviously Diana was very anxious that he shouldn’t feel that.”

The late Princess Diana wasn’t the only one who knew about Prince Harry possibly feeling less than because of his brother’s status and what that meant for him.

“Other members of the royal family were very conscious he was number two,” Seward said.

In 2017, royal biographer Andrew Morton (known for writing the bombshell biography, Diana: Her True Story – In Her Own Words in 1992 with Diana’s input) revealed how Princess Diana leaned on her sons for support when her marriage to Prince Charles ended.

“As the boys got older and became like her counselors and friends as sons, she began to enjoy life a lot more,” Morton told Fox News. “Diana was very protective of William and Harry. [If] you ever criticized the boys…she would be on you like a tigress. She was the only one who could criticize those two. Of course, she indulged them.”

Princess Diana is known for having Prince William and Prince Harry experience normal parts of life such as going to McDonald’s or enjoying a day of fun at a theme park.

Her insistence on exposing them to live outside of their royal existence made a lasting impression on them both.

Prince William has publicly said he tries to give his kids a normal upbringing as best he can under their circumstances.

It’s also been reported Prince Harry wants Archie Harrison Mountbatten-Windsor, the baby boy he and Meghan Markle, Duchess of Sussex, welcomed on May 6, to lead a normal life as well.