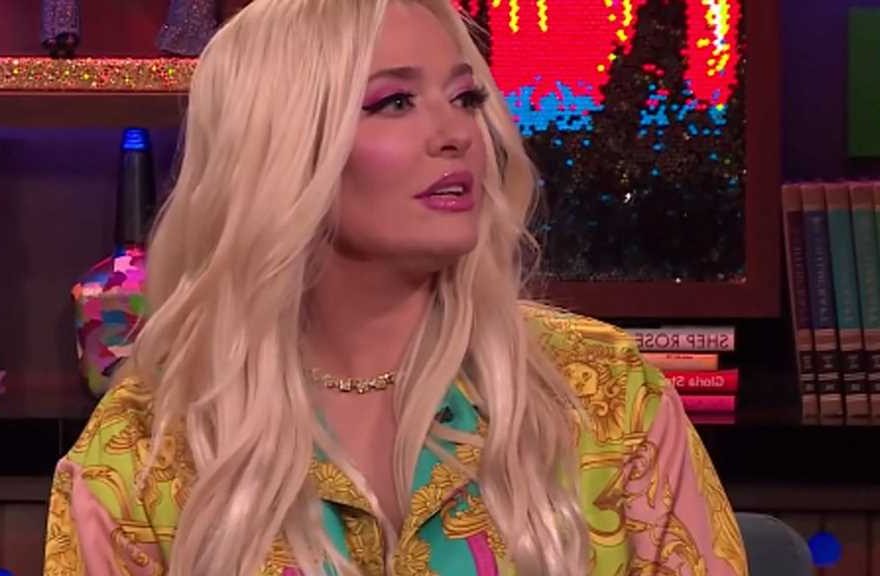 During her appearance, the “Real Housewives of Beverly Hills” star was asked by host Andy Cohen how Girardi was faring.

“Tom lives in a memory care facility. I can only say decline and further decline. It will not get better,” she responded. Erika added that while he does still call her and she “of course” answers, the calls only last “about five seconds.” She further stated that, when it comes to his current legal predicaments, he knows nothing — and “thinks he’s still practicing law.”

Last year, Tom’s brother was given control of Girardi’s conservatorship and placed Tom in a facility known for treating disorders like dementia. Girardi has been accused of misappropriating settlement funds from his law firm, including money owed to widows and orphans. While Erika has not been charged with a crime, she has been named in a pair of civil lawsuits involving Tom’s alleged scheme.

On WWHL, Erika revealed that Kenya Moore, Kandi Burruss and Dorinda Medley all reached out to her “during this really dark moment in my life,” something she really appreciated. While she noted other Bravo-lebrities reached out as well, those were the three women who immediately came to mind.

She added that she expected more people to reach out to her, but related to something Medley told her when they first met.

“This was years ago, she told me about when her husband died and that no one contacted her. I kinda feel like the same way. Tom’s not dead, but legally he is dead, as ugly as that sounds, as hard as that sounds,” said Erika. “I saw Tom do a lot of good things for people, so you’d think some of those people would be like, ‘Hey Erika, how are you doing?'”

Continuing to talk about the end of her marriage and the legal mess both she and Tom find themselves in now, she said, “I never saw it ending this way, I never saw it coming. It’s sad that it ended this way, I did everything I could, that’s all I can really say.”