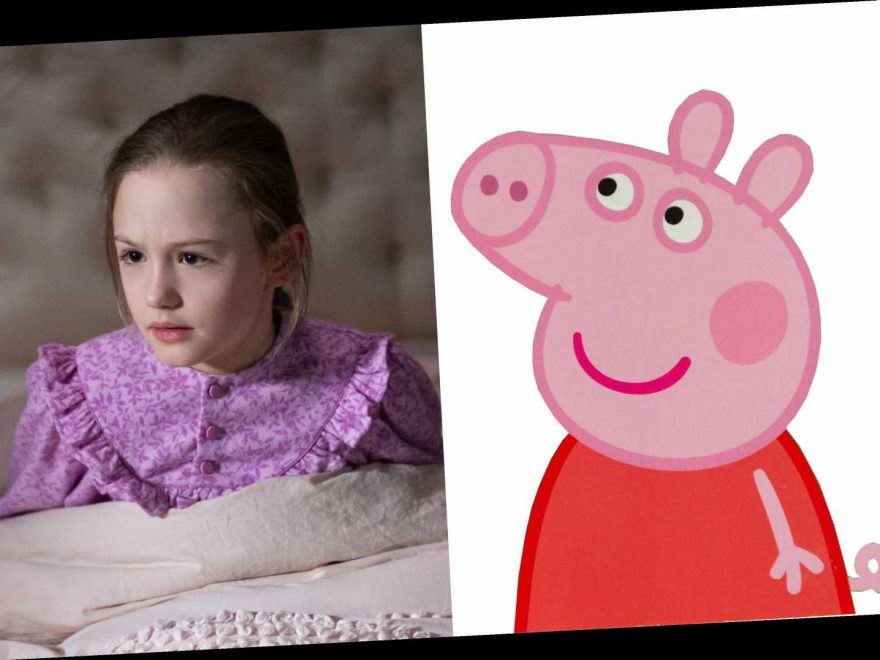 Fans of the horror show “The Haunting of Bly Manor” are shocked to find that one of the show’s stars voices popular children’s character Peppa Pig.

The new Netflix hit, which premiered on October 9, is a follow-up series to “The Haunting of Hill House.” Nine-year-old Amelie Bea Smith portrays Flora Wingrave in the series.

As they watched, viewers realized her voice sounded familiar: She started providing the voice for the famous Nick Jr. porker earlier this year.

The lead on “Peppa Pig,” which has been on since 2004, has been voiced by several actresses, including Lily Snowden-Fine, Cecily Bloom and Harley Bird, according to IMDB.

Fans of the shows posted their realizations on Twitter.

“oh my god the little girl in Haunting of Bly Manor is PEPPA PIG i can’t process this information,” wrote one user.

“BRUH THEY GOT PEPPA PIG ON HAUNTING OF BLY MANOR. PEPPA???” said another.

“… trying to watch Bly Manor w/o thinking about how that little girl is the voice of Peppa Pig,” posted @gayvillanelles.

Netflix even got in on the fun. “Amelie Bea Smith from The Haunting of Bly Manor is also the voice of Peppa Pig! Pass it on,” the streaming giant posted, confirming the rumors.