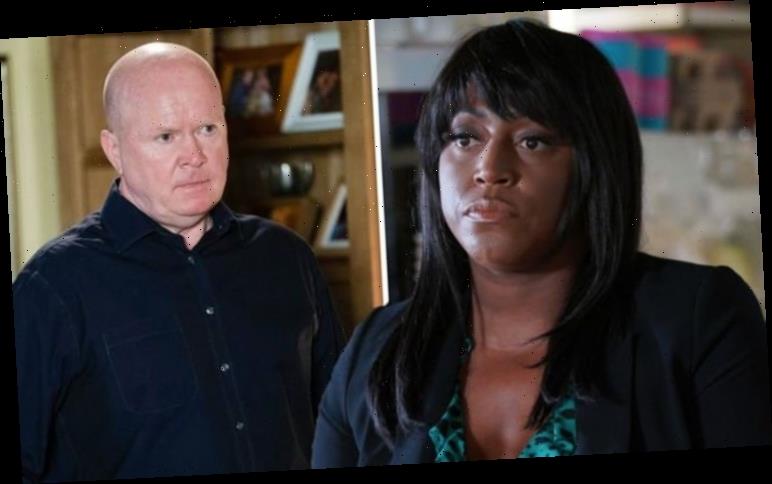 EastEnders residents Denise Fox (played by Diane Parish) and Phil Mitchell (Steve McFadden) gave up their newborn son Raymond back in 2017 who was the result of a drunken one-night stand. However, when Denise recently found out her young son’s family had been killed in a car crash, she took it upon herself to reconnect with the child. But it’s not as easy as she may have anticipated as Ellie Nixon (Mica Paris) continues to stand in her way – but what does she want from Phil and Denise?

Ellie and Denise first came face-to-face at the hospital after Raymond was involved in the deadly car crash.

However, when Denise started to worry about Phil finding out about their son, it became clear it wasn’t going to be an easy feat to get to reconnect with Raymond.

Unfortunately for Denise, he later found out anyway and has been spending an increasing amount of time around Ellie since.

In scenes to come, it’s Callum Highway (Tony Clay) who will make a shocking discovery about who Ellie really is. 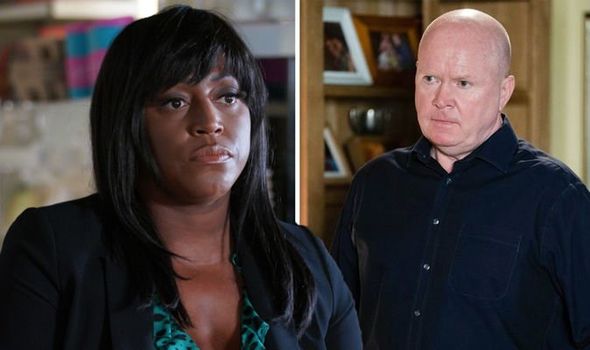 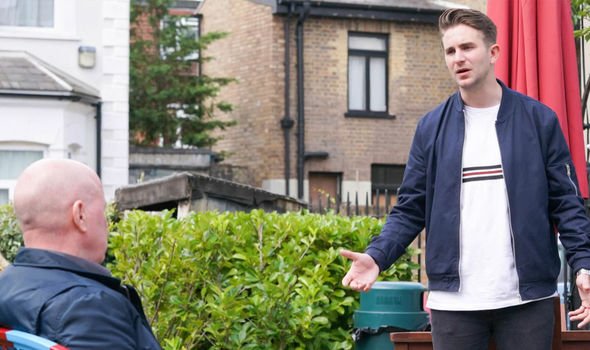 It comes after Phil grows suspicious of Ellie’s true motives when he is unable to get hold of her.

And this leads his son Ben (Max Bowden) to wonder if Ellie truly is who she says she is.

Later on, Callum continues his dodgy dealings within the police and tries to get to the bottom of what’s going on.

He asks DI Thompson (Philip Wright) for some information on Ellie, hoping it will lead him closer to Phil. 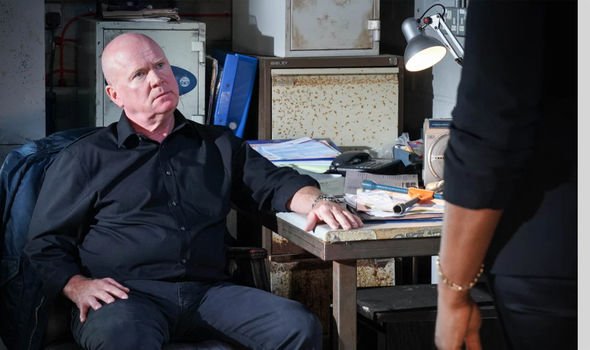 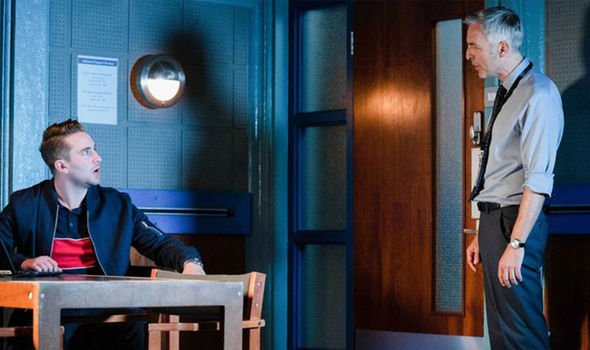 But when he finds out more about the newcomer, he is left surprised by what he’s discovered.

Ellie finally meets Phil at The Arches and the latter confronts her over her supposed lies.

Later on, the pair meet again and Ben explains they will have to go through the courts – as a war looks to be brewing.

Phil tells Ritchie Scott (Sian Webber) he wants full custody of Raymond but she soon delivers him a new blow.

Due to Phil’s lengthy criminal record, it’s very unlikely the courts would want to hand over custody from Ellie to Phil.

Things become more complicated when DI Thompson warns Jack Branning (Scott Maslen) to stay out of the case due to his close connections.

As Callum becomes more involved, Phil starts working on a case to prove Ellie would be unfit as a parent to Raymond.

However, he soon reminds the dodgy DI he can get Phil on his side if he is able to provide him with some information about his new nemesis.

But what will Callum discover about Ellie and will he tell Phil what he knows?

With DI Thompson clearly hiding something about Ellie, it’s possible she may have secret connections to the police.

Could Callum be the key to finding out the truth about Ellie’s real identity?

EastEnders airs Mondays and Fridays at 8pm and Tuesdays and Thursdays at 7:30pm on BBC One.