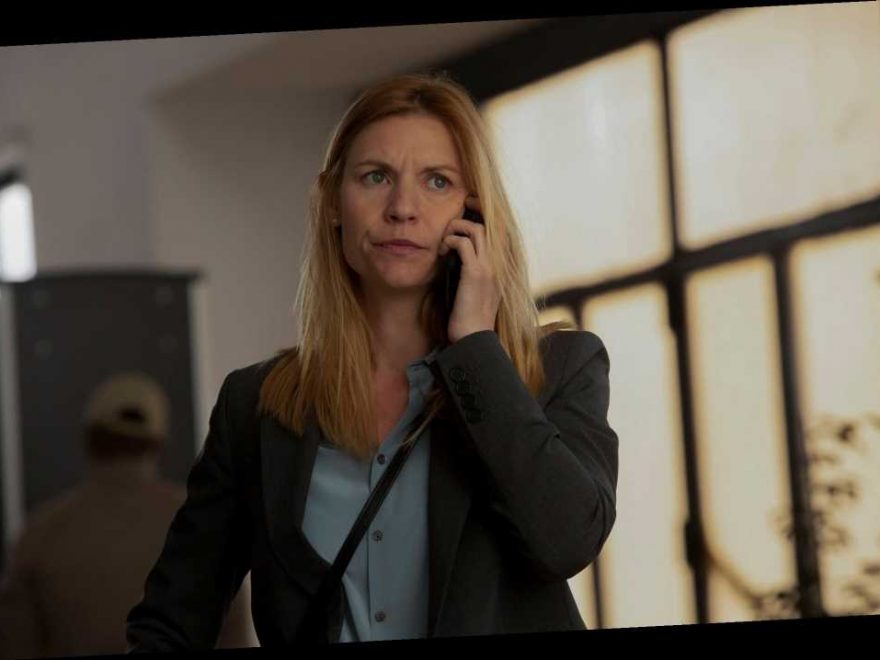 With the departure of “Shameless” and “Homeland” and the sudden cancellation of “Ray Donovan,” it’s the end of an era at Showtime.

The network made its mark in the early years of the century by building shows around anti-heroes and hiring charismatic actors not afraid to play the edge. “Homeland” was the network’s prestige product, sweeping the Emmy awards in 2012 after its exciting first (and still best) season. Like any long running series, though, “Homeland” had its ups and downs, and there were times when it was just kind of ridiculous and manic, matching the behavior of its lead character, bipolar CIA agent Carrie Mathison (Claire Danes), when she’s off her meds.

The show’s eighth and final season, premiering Sunday night, gives Carrie and her sidekick, Saul Berenson (Mandy Patinkin), plenty to do. Now National Security Advisor, Saul calls Carrie back into duty in Kabul — she’s barely had five minutes to recover from her seven months of captivity and torture, again!, in a Russian prison– to help him as he negotiates a peace settlement with the Taliban.

Carrie, as we know by now, is hardly a reliable entity and the US government suspects of her being a traitor after she failed a polygraph test in prison and can’t remember huge stretches of her experience while incarcerated. But Saul is willing to take her back, setbacks and all.

In Season 1, “Homeland” had one big enemy, Abu Nazir (Navid Neghaban), and built its narrative climax around the revelation that Sgt. Nicholas Brody (Damian Lewis) was a traitor. Now there are potential traitors everywhere. Saul needs the cooperation of Taliban leader Haqqani (Numan Acar) and Pakistani operative Tasneem (Nimrat Kaur), to make the peace negotiations stick. The first three episodes are a bit clunky, with Carrie’s familiar pattern of alienating nearly everyone she meets kicking in again — and then Episode 4 comes along and “Homeland” finds its groove.

President Harry Warner (Beau Bridges) flies to the Mideast to thank Carrie and Saul for their efforts on behalf of the peace process. Let’s just say he overstays his welcome. Carrie is also busy trying to rescue Samira Noori (Sitara Attaie), a beautiful young widow, from being shanghaied into a shotgun wedding with her Taliban brother-in-law. The unfolding kidnappings, shakedowns and betrayals may not be as exciting as the season when “Homeland” blew up the CIA headquarters in Langley, VA, but they will jolt viewers enough to remind them of the show’s glory days.

“Homeland” made Danes a true TV star, opening the floodgates for a wave of female antiheroes on cable shows, and she still holds the screen and holds the show together, though the character of Carrie doesn’t really work on paper. But one has to ask, after eight years, haven’t any other women ascended the career ladder at the CIA? At least on a show like “Grey’s Anatomy,” viewers saw the interns progress through the ranks at Seattle Grace hospital.

As Berenson, Patinkin is the ideal supporting player, serving as gruff mentor, low-key negotiator and jaded government official in a 24-hour period if that’s what the job calls for. Whatever dynamic he worked out with Danes when the show first began carries on to the new episodes. Fans of “Homeland” will welcome the opportunity to see Carrie and Saul battle against terrorism one last time, even if takes a little while to get going.