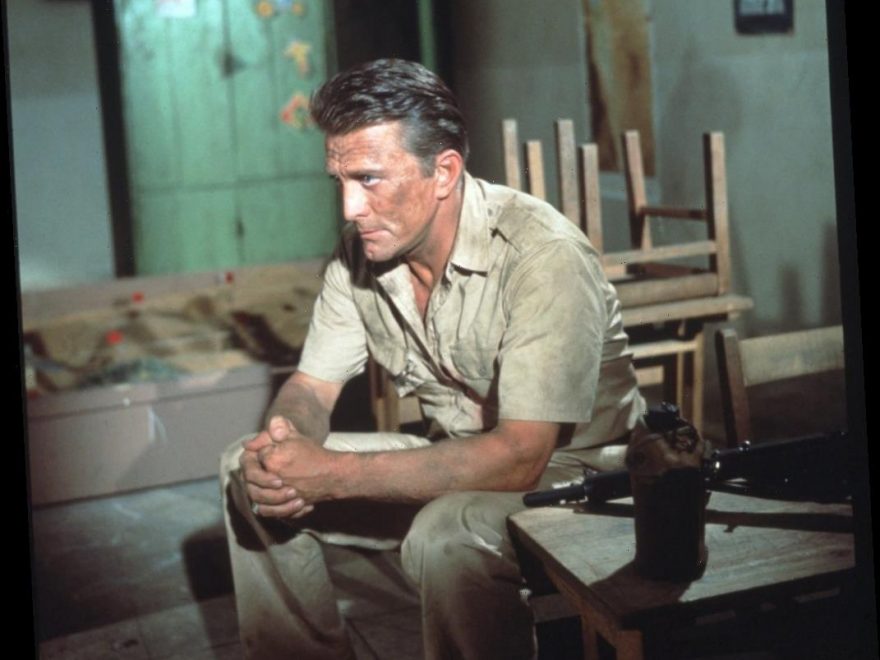 Kirk Douglas’ acting career spanned 60 years, three Best Actor Oscar noms and a host of lifetime honors. Click on the image above to launch a photo gallery of some iconic screen roles of the Golden Age legend who died Wednesday at 103.

The images include his most famous characters — the boxer Midge Kelly from Champion, Jim O’Connor in The Glass Menagerie, Jonathan Shields in The Bad and the Beautiful, Ned Land from 20,000 Leagues Under the Sea and of course the rebel slave in Spartacus. But it also features a number of his lesser-known films.

As a producer and performer he had an instinct for the dramatic moment, fighting with director Stanley Kubrick to shoot the iconic scene in 1960’s Spartacus where the rebel gladiator’s men refuse to identify him, each in turn rising to say, “I am Spartacus.”

Michael Douglas On Dad Kirk Douglas: “To The World He Was A Legend…To Me And My Brothers He Was Simply Dad”

“I’ve made over 85 pictures, but the thing I’m most proud of is breaking the blacklist,” Douglas told the Jewish Chronicle in 2012. He was the driving force behind ensuring that Dalton Trumbo — one of the blacklisted figures who refused to answer questions about his involvement with the Communist Party — was given an official on-screen credit for writing Spartacus.

Douglas also was well known in the biz for his fiery personality. He once claimed he was “the most disliked actor in Hollywood” because of his aggressive nature, though he also was highly regarded for his sense of humor.

So click through the gallery above, drift back to Hollywood’s Golden Age and remember an actor for all time.