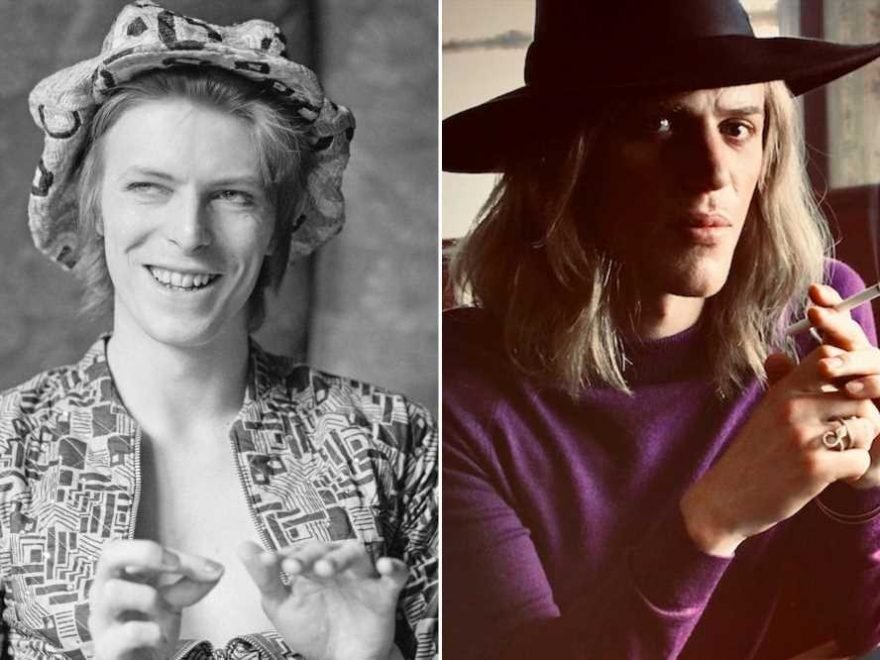 Salon Pictures released the first still image of South African folk singer Johny Flynn in costume as glam-rock god David Bowie Tuesday. The upcoming feature film “Stardust” is described as a “origin story” and a “moment in time film” rather than a traditional biopic.

Flynn, 36, who played Albert Einstein in NatGeo’s Emmy-nominated “Genuis” series, stars as Bowie as sets off on his first tour of America in 1971, when he created his iconic Ziggy Stardust persona.

Bowie died at 69 in 2016 after an extended battle with cancer.

“Stardust” producers Paul Van Carter and Nick Taussig have likened their film to Brit features such as “Control” and “Nowhere Boy,” about Joy Division and John Lennon, respectively,” Variety reports.

What this means: They don’t have access to Bowie’s original music — so they will be limited to period music covered by the legendary Thin White Duke.

As for leading man Flynn, don’t let that “folk singer” tag fool you — he has drama school chops.

“It was called the Webber Douglas Academy of Dramatic Art. I was at college with Rupert Friend (“Homeland”) and Tom Mison (“Sleepy Hollow”),” he told The Post in 2017.  “I was a year below them.”

As for the sound of his band, Johnny Fly and the Sussex With, the musician told The Post it is “folk music or folk rock. I’m a big Bob Dylan fan. I’m also a blues geek. My guitar is a 1934 National Trojan. They call it a resonator, which is the guitar guys played in the honky-tonks before amplification. It’s very loud. It’s the type of guitar that Son House and Robert Johnson played. I have a classical music background. I studied violin and trumpet.”

No release date for “Stardust” has been announced at this time.