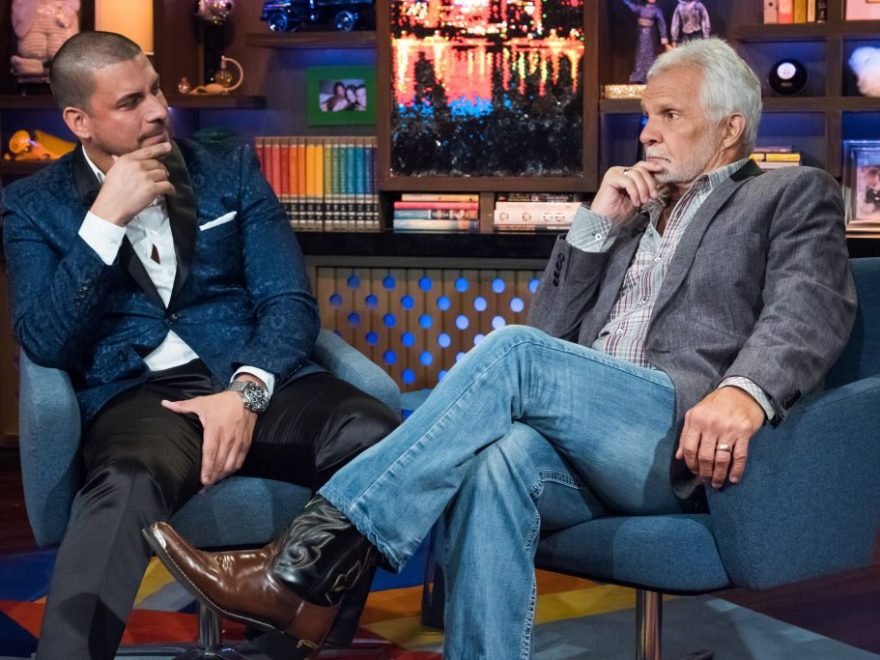 The latest explosive episode of Below Deck Mediterranean revealed a number of shifts in the show. Cast members moved positions and one stew was let go. Chef Ben Robinson is now moving into the kitchen galley.

Viewers also saw how much alcohol changed deckhand Travis Michalzik’s personality. He shared with chief stew Hannah Ferrier that alcohol helped to numb his pain and exhaustion, as Michalzik gets extremely drunk.

First, he unwittingly knocks stew Aesha Scott in the face with a car seat and laughs about it. He continues to lob off-handed remarks. But the crew gets heated when he smacks Anastasia Surmava in the face who seemed to be sleeping.

He didn’t think he did anything wrong

At the time, Michalzik thought the crew was overreacting. Bosun João Franco and deckhand Colin Macy-O’Toole become extremely angry. Michalzik tries to avoid confrontation and insists he was joking. Meanwhile, Surmava leaves the table as she is brought to tears.

The entire crew is upset at this point, although Scott and deckhand Jack Stirrup seem to stay out of it. Surmava reveals she dated an alcoholic who became physical with her. Scott insists that Franco overreacted, which escalated the situation. The next day Michalzik feels terrible and immediately goes to Surmava to apologize. He insists his intention was a “love tap” but obviously it was too hard. Surmava decides to forgive him and move on.

During the episode, Surmava tweeted how she feels about Michalzik today. “I have a lot of love for Trav. He helped me so much when I was in the galley. It was a silly mistake and he didn’t mean harm. Forgive and forget.” Several of Surmava’s followers disagreed with her, commenting that he abused her and it wasn’t OK.

Captain Lee is pretty unhappy about it

Although Captain Lee Rosbach from Below Deck has been pretty quiet about this season, he had to speak up last night. “Ok, I’ve stayed out of this till now,” he tweeted. “Travis, wow, what rock did you crawl out from under. You are so fortunate that I wasn’t there or I would have treated you to a love tap, Capt Lee style. Joao and Colin gave you way more slack than you deserved.”

Make sure to join us tonight for our day off in Monte Carlo!! There’s drama, drinking and douchebags!! Then I will be on WWHL with @bravoandy #wwhl #belowdeckmed

When a fan responded, saying Michalzik was just too drunk and didn’t mean it, Rosbach made this comparison. “Neither was the drunk driver that killed someone two blocks from his home. He didn’t mean it either, he didn’t set out that day to kill someone. Would you want a Travis on the road, regardless of his intentions.”

Captain Sandy Yawn also tweeted her own thoughts on the situation. “Had I known what happened, there would have been other consequences. The “drama” was referencing the crew getting ready & into the vans. I don’t support nor condone the behavior. I don’t take it lightly. Stay tuned!” She added, “I wasn’t there, but know I do not condone any of the actions. Sometimes it’s best to defriend alcohol in certain settings. Had I known at that time, things would be different. Stay Tuned!” Since the episode aired, Michalzik has deleted his social media accounts.