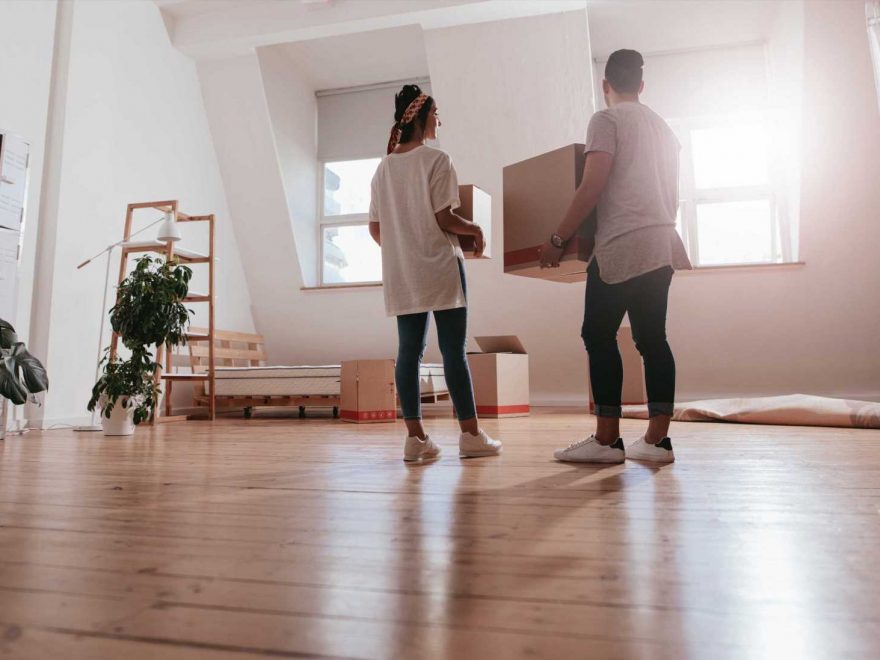 THERE'S a new way for wannabe first-time buyers to get onto the property ladder and unusually you don't need a mortgage to do it.

The scheme works in a similar way to the government's shared ownership scheme, as it allows first-time buyers to buy a share of a property and then pay rent on the rest. 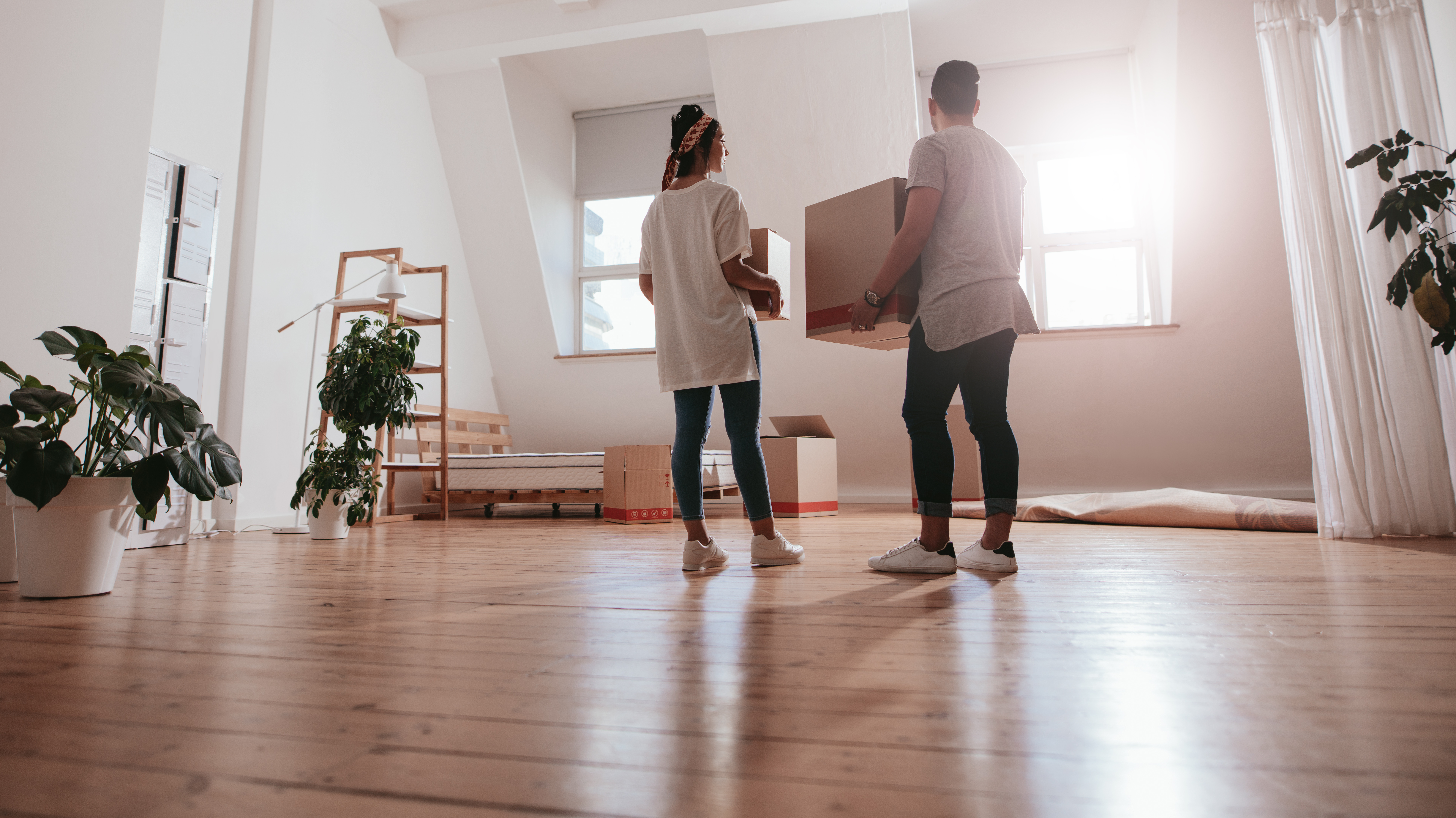 But crucially this new scheme, which is run by a company called Unmortgage, has some key differences.

It's been around for a while although it only partnered with Aviva Investors to run the scheme this July.

Here's how it works.

First-time buyers need to stump up at least a 5 per cent deposit that comes to a minimum of £12,500 to use Unmortgage.

So that means you need to be looking at properties costing at least £250,000. The maximum deposit you can put down is capped at 20 per cent.

What is stamp duty and who has to pay it?

STAMP duty is a land tax paid by buyers on property that costs more than £125,000.

There are different rates of tax depending on the portion of the property’s value.

These are the current rates set by the government:

You will then have to pay the normal rate of tax on anything above this threshold.

How does stamp duty work for shared ownership?

First-time buyers who bought through the shared ownership scheme don’t have to pay the tax on property worth under £500,000.

If you’re buying a property worth more than £500,000 then you will have to pay the normal rates.

You also don’t have to pay the duty on any shared ownership transactions that are worth less than 80 per cent of the property.

But if you staircase to an amount that takes you over 80 per cent, then you’ll have to pay the tax on the entire portion you pay to take you over the threshold.

But if you want to increase to 90 per cent, you’ll have to pay the full amount of tax on the portion of cash that took you from 25 per cent to 90 per cent.

If you want to avoid paying stamp duty completely then you should stay below the 80 per cent threshold, but it will mean that you will have to continue paying rent on 20 per cent of the property that’s still owned by the housing association.

You'll then be matched with a "funding partner" that provides the rest of the cash, with you paying them rent each month.

Unmortgage wouldn't give us examples of firms but says it is likely to be pension providers and it's partnered with Allianz Global Investors to find these.

Rent is calculated based on the rental value of similar homes in the area with your deposit deducted.

Despite having to pay rent, you are still the effective owner, so that means you can decorate the place or change the garden, for example.

It also means you're the legal owner if Unmortgage or your investor were to go bust. In this scenario, Unmortgage says Allianz would administer the process.

Deposits, meanwhile, are held with conveyancers.

Once you're in, you can then buy up to 5 per cent more of the home each year – either as a lump sum or by overpaying your rent – up to a maximum of 40 per cent.

One you've reached 40 per cent, Unmortgage says it expects people to either buy out the rest of property in cash or with a mortgage.

What are the pros?

The scheme could be a good way for first-time buyers struggling to get a mortgage to get onto the property ladder.

And unlike shared ownership, it's not just available on new builds, so you may have more choice in the type of home you want to buy.

The company claims that it charges no fees, while the initial stamp duty payments are split between you and the investment partner. But there is a big issue with stamp duty as we explain below. 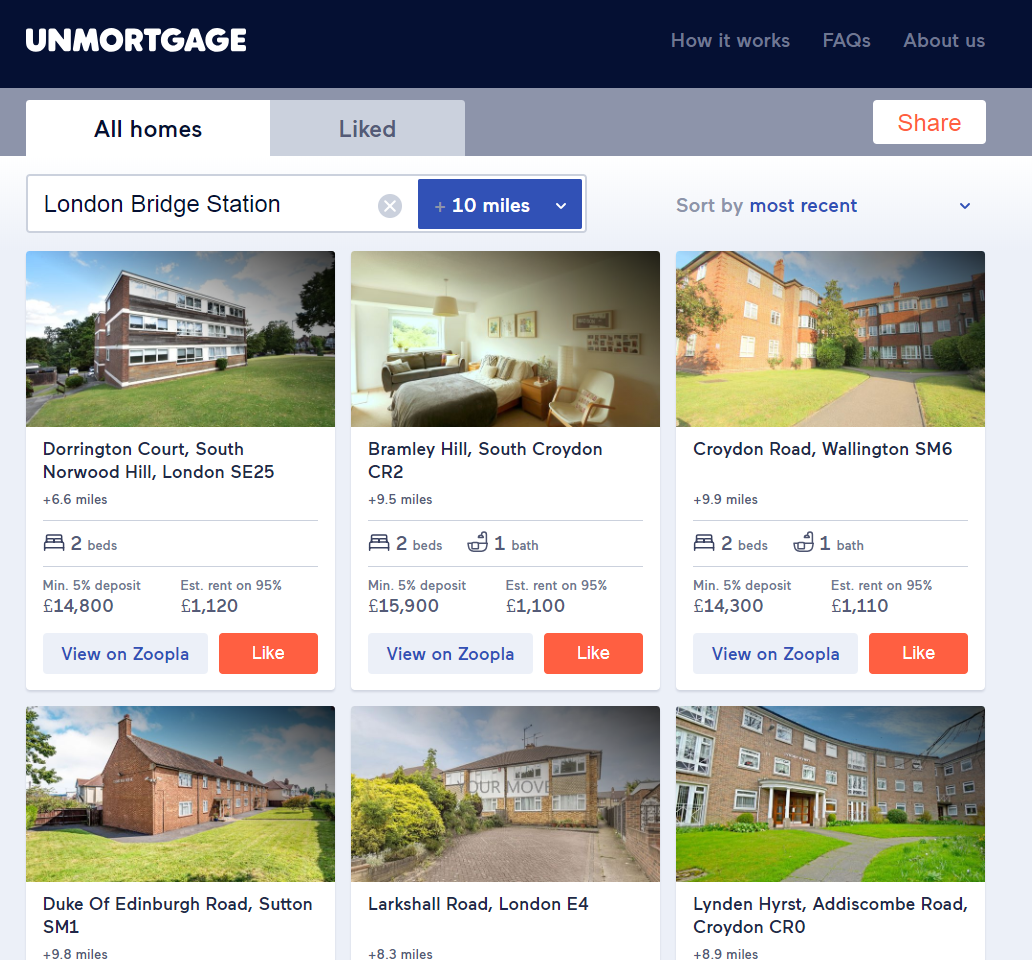 As with any house purchase you'll also have to pay solicitor and surveyor fees on top, as well as any leasehold fees.

But Unmortgage says solicitor and surveyor fees will be split with the investment partner by the proportion you each own, which will save you some cash.

A RICs surveyor will also value the home each year with online valuations provided every month.

What are the cons?

You do need a fairly decent credit score to use Unmortgage and it says that if you've been made redundant or struggled to meet rent payments in the past you'll be rejected.

Homebuyers will also need to buy a property that meets what Unmortgage deems as desirable – for example it says homes must have at least two bedrooms and can't be on a main road.

Unmortgage finds these properties using platforms such as Rightmove and Zoopla and says they're regularly updated.

You should also be aware that rent can rise each year in line with the retail prices index (RPI) measure of inflation but if inflation falls, your rent won't drop.

If you lose your job and can can't meet rent repayments, for example, you could agree to sell your share in the property but ultimately you need to be aware that the home could be repossessed.

Another major thing to watch out for is that you won't qualify for the first-time buyer stamp duty discount, which sees no stamp duty due on properties of £500,000 or less.

And while stamp duty payments are split between you and the investor, you'll both be whacked with an additional 3 per cent stamp duty fee on top of the usual rates because you're buying in partnership with a business.

When you buy more of the home – known as "staircasing" – you'll also have to gradually refund the stamp duty initially paid by your investment partner until you own the full 40 per cent.

If you achieve this within five years you'll have to refund the rest of the stamp duty paid by the initial investor but do so after five years and the remaining stamp duty bill will be waived.

But either way, once you own 40 per cent and come to buy the property from the investor, you'll be charged stamp duty AGAIN at the regular rates without the 3 per cent surcharge.

What help is out there for first-time buyers?

GETTING on the property ladder can feel like a daunting task but there are schemes out there to help first-time buyers have their own home.

Help to Buy Isa – It's a tax-free savings account where for every £200 you save, the Government will add an extra £50. But there's a maximum limit of £3,000 which is paid to your solicitor when you move.

Help to Buy equity loan – The Government will lend you up to 20 per cent of the home's value – or 40 per cent in London – after you've put down a five per cent deposit. The loan is on top of a normal mortgage but it can only be used to buy a new build property.

Lifetime Isa – This is another Government scheme that gives anyone aged 18 to 39 the chance to save tax-free and get a bonus of up to £32,000 towards their first home. You can save up to £4,000 a year and the Government will add 25 per cent on top.

"First dibs" in London – London Mayor Sadiq Khan is working on a scheme that will restrict sales of all new-build homes in the capital up to £350,000 to UK buyers for three months before any overseas marketing can take place.

Starter Home Initiative – A Government scheme that will see 200,000 new-build homes in England sold to first-time buyers with a 20 per cent discount by 2020. To receive updates on the progress of these homes you can register your interest on the Starter Homes website.

You also can't buy out the property if its value has fallen below the purchase price.

When it comes to insurance, Unmortgage picks both the buildings provider and the home cover provider.

It says in can buy these in bulk to cut costs but it means you won't be able switch for a better deal, although you can choose to repay in monthly instalments which won't cost anything more.

With ad hoc problems, such as the roof breaking, you'll split the cost with the investment partner in proportion to how much you each own.

What if I want to move out?

Here, it's up to the investor whether to buy your share or to sell its own share to you.

The investor gets three months to make this decision and a further three months from deciding to complete any sale. 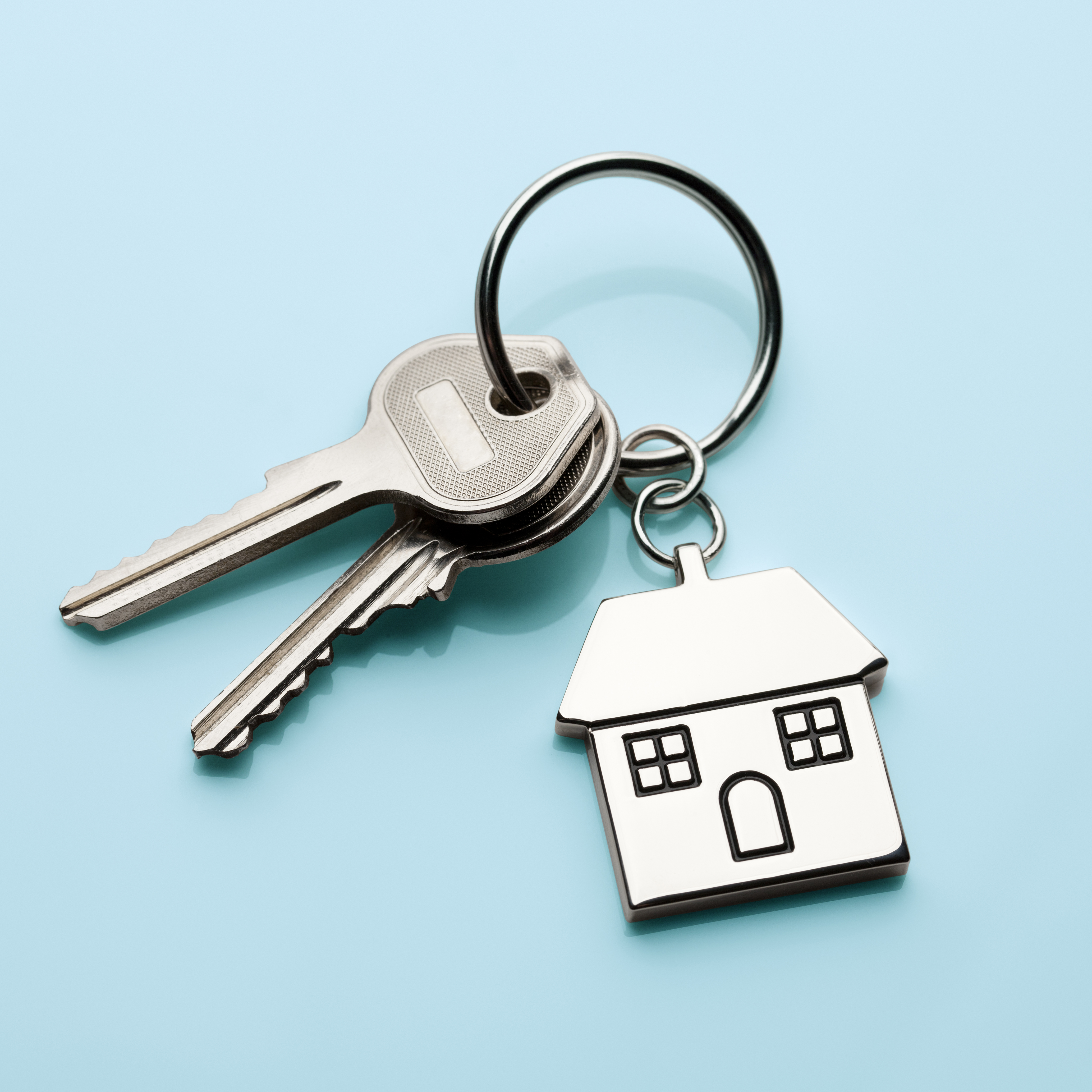 But in either scenario you need to remain in the house paying rent as normal until a decision is made.

And if the investor sells you their share, you need to split the costs by the proportion you owned before the sale.

How does this differ from shared ownership?

The key difference is that shared ownership is a government run scheme in partnership with local housing associations rather than private investors.

Its scheme is only for first-time buyers and with shared ownership you also typically have a mortgage; so you buy a share with a deposit and a mortgage, and then the housing association owns the rest.

You can also eventually buy up to a 100 per cent of your share rather than just 40 per cent.

Crucially, you'll also qualify for a stamp duty discount if you're a first-time buyer and the 3 per cent additional stamp duty rate for property investors won't apply.

Stamp duty can also be deferred until you own at least 80 per cent of the property.

But the scheme is only for new builds.

For more information, we round-up what Help to Buy and shared ownership are, as well as the other schemes available.

And check out our My First Home series for info on how other first-time buyers got onto the ladder.