In this preview for the finale of ‘Floribama Shore,’ Gus Smyrnios officially tries to put his past behavior behind him with a heartfelt apology to his castmates.

It’s the finale of this season of Floribama Shore on the show’s Dec. 9 episode! HollywoodLife has an EXCLUSIVE sneak peek at the episode, which features the roommates getting together at dinner to reminisce about their latest vacation. After they each share their favorite memories from the rip, Gus Smyrnios makes a toast, where he apologizes for how he acted on past trips.

“I know we’ve had a lot of ups and downs in this house — a lot of downs due to myself,” he admits. “But I wanna say sorry for everything. I think this vacation has brought us closer than we’ve ever been. We’re family no matter what we go through. We are a unit and ain’t nothing going to break us up. I’m going to cheers to that and we’re going to end this s*** on a high note.” 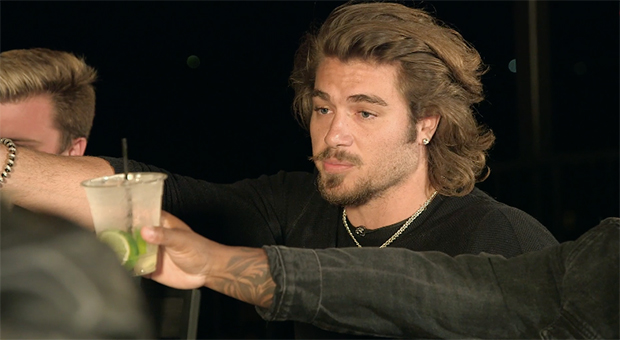 As Codi Butts points out in a confessional, it’s “rare” for Gus to apologize, so to hear him acknowledge his past mistakes is a big moment for the group. “I’m making this toast right now because I want to put my best foot forward again,” Gus explains in a confessional. “I want to let the roommates know that I’ve been trying really hard and I’m proud of the fact that we came together and tried to put all this s*** behind us.”

Gus didn’t come into this season on the best terms with his castmates due to his behavior amidst a feud with Jeremiah Buoni last season. However, even he and Jeremiah were somewhat able to put their differences behind them and live civilly this time around. This episode was filmed in April, though, and it appears Gus may be on the outs with some of his roommates again. When Nilsa Prowant got married in November, he was noticeably missing from the nuptials. Of course, Gus and Nilsa have a romantic history, so that could be part of the reason, as well.