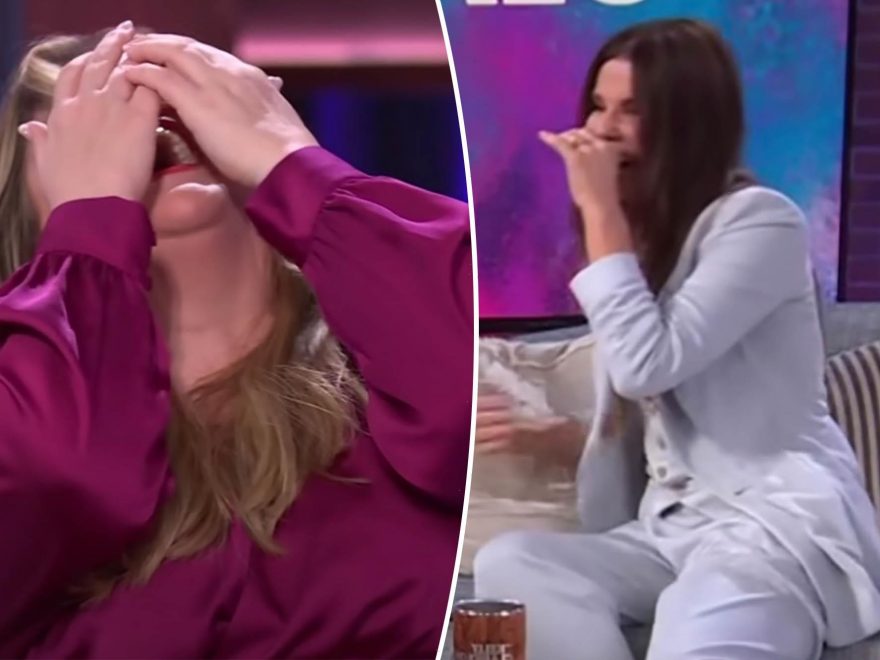 Kelly Clarkson chokes up over ‘feeling alone’ for Christmas amid divorce

What happens when an “American Idol” meets her idol?

Kelly Clarkson’s recent interview with Sandra Bullock has gone viral after things devolved into a laugh-fest between the two women.

The giggling started right away when Clarkson couldn’t hide her excitement over having Bullock on the show, saying that she’s a major fan of the “Miss Congeniality” actress.

“I’m nervous! I’m sweating,” Clarkson, 39, said, adding, “I’m a huge fan but I’m fine” and noting she was unable to look at Bullock for too long.

Things started to go sideways when Bullock, 57, said, “My parents were good singers. They’re dead,” to which Clarkson said, “That’s cool,” at which point Bullock responded, “That they’re dead?”

Later, as Bullock discussed her new movie “The Unforgivable,” Clarkson asked, “Are you good at forgiving?” to which Bullock joked, “No. I have not forgiven my parents for dying.” 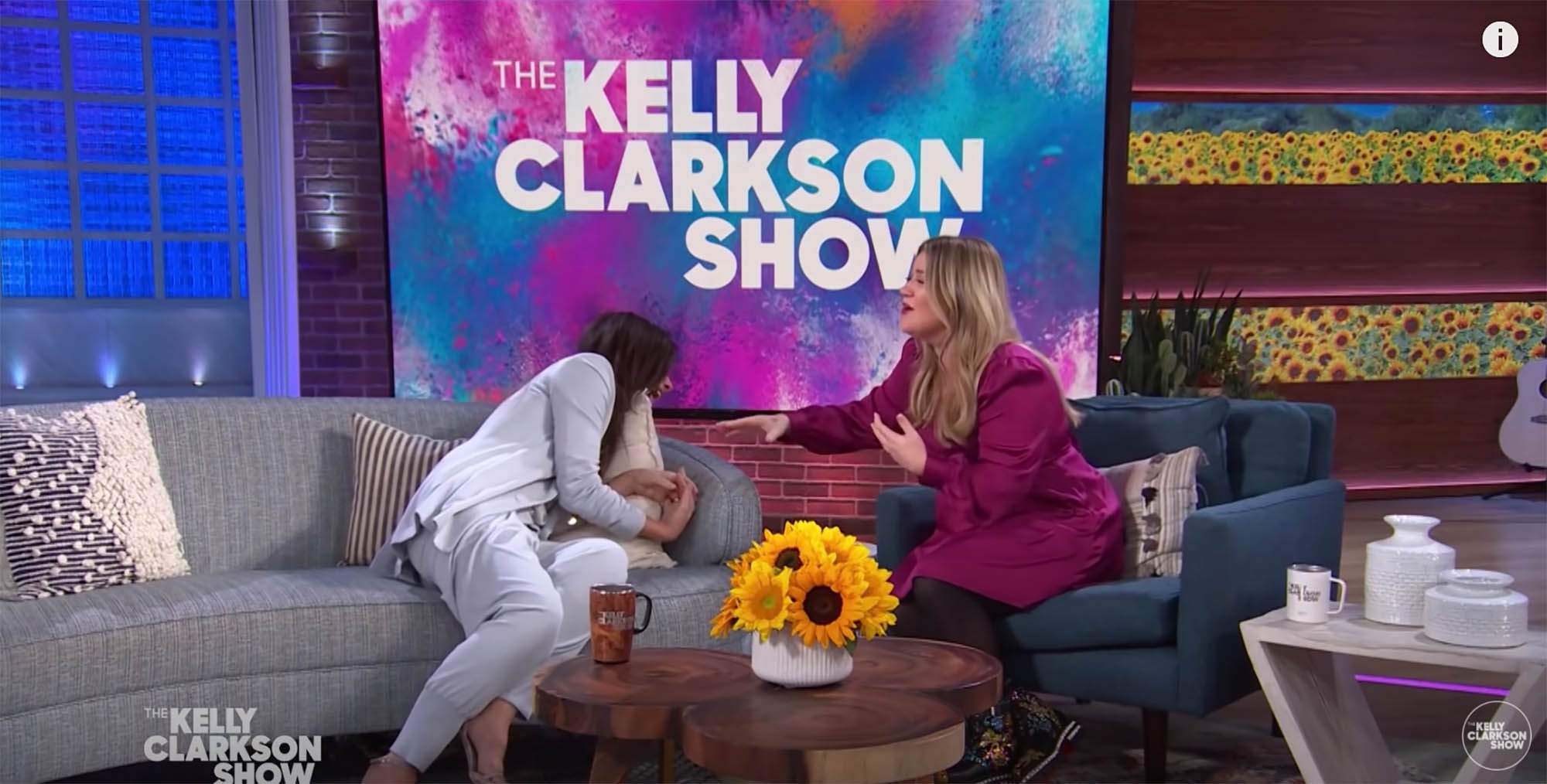 The interview morphed into a lighthearted roast as Bullock made fun of Clarkson’s hand motions, saying that she looked like she was miming the “moves of a DJ,” making the singer nearly fall out of her chair with laughter.

Any semblance of professionalism was abandoned when Clarkson’s pronunciation of “or” prompted Bullock to ask, “Did you just call me a whore?”

“It’s uncanny how close to my friends you are,” Clarkson spits out as the pair howled with laughter.

“Your friends are whores as well?” Bullock quipped, with Clarkson nodding, “Yes.”

Bullock pointed out that she was trying hard to keep things together for the show’s producers, pretending to go into an ad for Wayfair, which prompted Clarkson’s biggest belly laugh yet.

“So she’s happy my parents died; I was called a whore,” Bullock summarized, laughing, with Clarkson adding, “This is a great interview.” 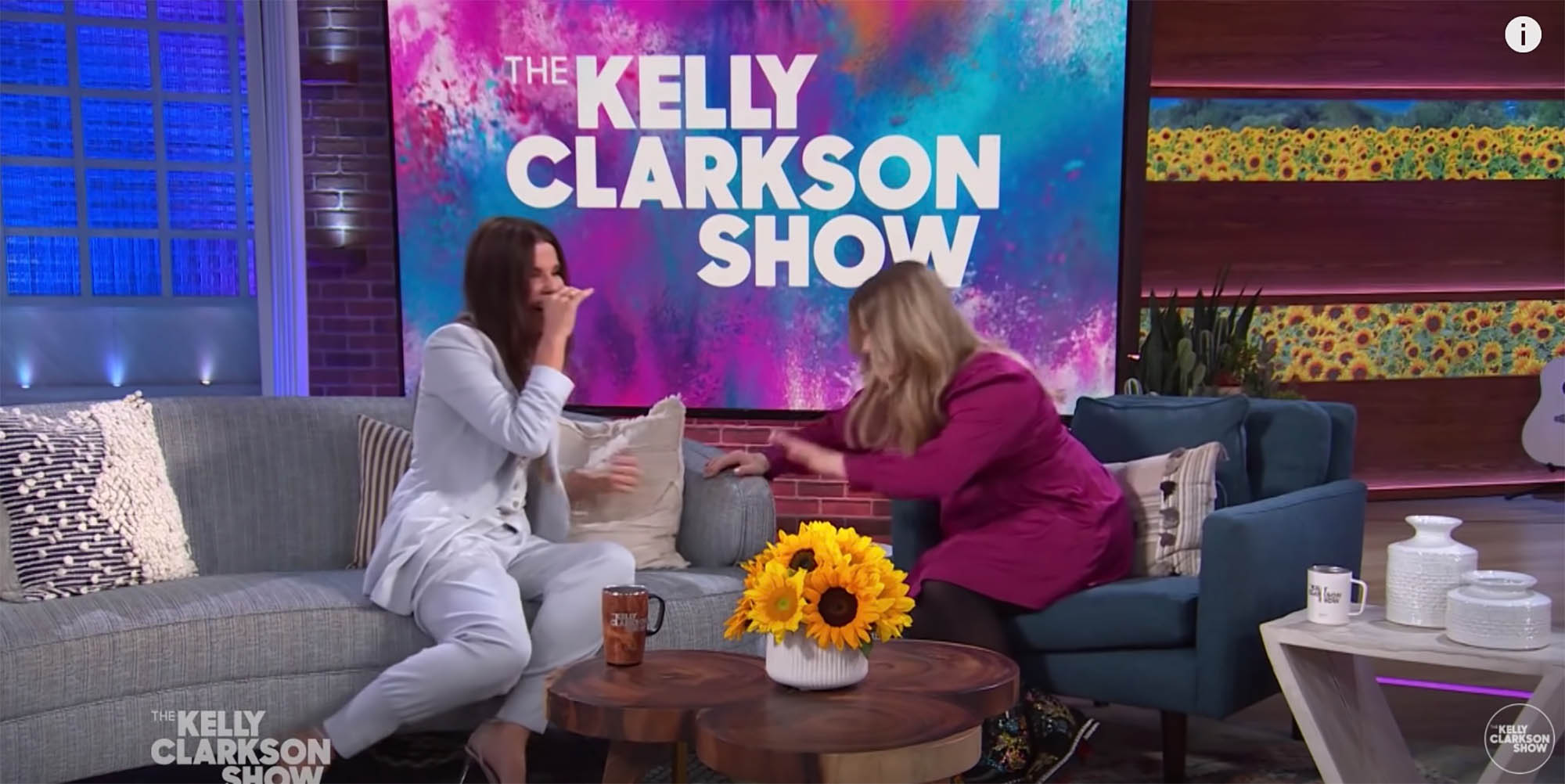 As the video went viral, fans piled on compliments for the segment:

“Haven’t seen Kelly laugh so much. This episode is hysterical and the chemistry between her and Sandra with her dry sense of humor is off the charts,” one viewer opined on YouTube.

“This is such a rare feat to be stuck at laughing for nonsense topics in a conversation. For me it happened less than 10 times my whole life, from what I can remember,” another enthusiastic fan noted.

“This is one of the funniest Sandra Bullock interviews I have ever seen and that is saying a LOT,” one apparent Bullock expert noted.

Bullock’s film “The Unforgivable” can be streamed on Netflix.