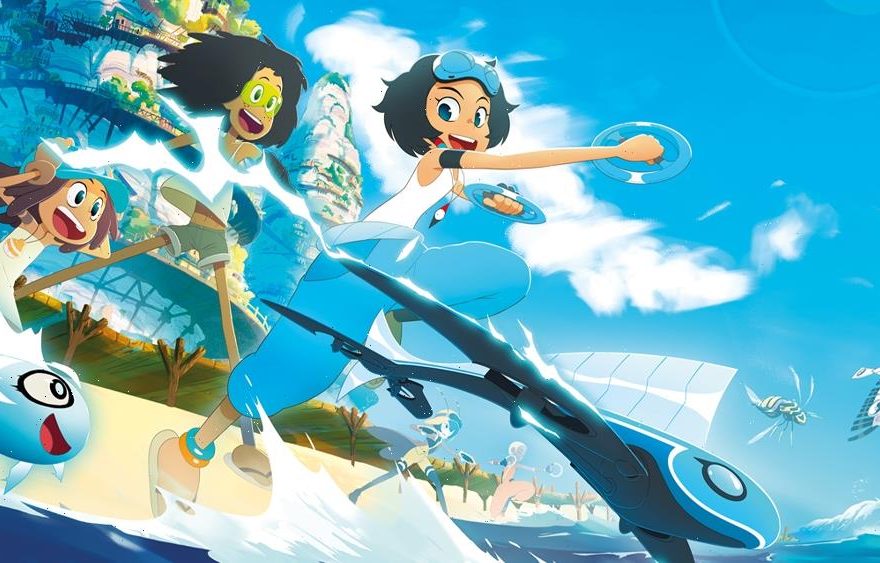 Cyber Group Studios, one of France’s leading animation studios, is reinforcing the quantity and range of its animation programming, with new partnerships with international broadcasters and platforms and a new real-time animation studio near Lille, in Northern France.

Employing around 150 people, CGS has its headquarters in Paris and a subsidiary in Los Angeles.

The studio is currently diversifying its programming range. In early December 2021, it acquired the audiovisual rights to the dystopian sci-fi book series, “Phobos,” by French screenwriter Victor Dixen, about 12 teenagers who crew the first mission to Mars. It is now developing the sci-fi epic series “Phobos,” aimed at teen audiences.

“Our development teams, in Paris and Los Angeles, are developing around 15 programs,” says the company’s chairman and CEO, Pierre Sissmann. “Today they go from preschool to adults. We are also preparing a major docudrama project on a huge historical subject that marked the 20th century, and which is aimed at late teens and adults.”

Other projects aimed at teens and older audiences include a music-themed show and an eco-survival series, “The Tern,” set in a post-apocalyptic world.

“Animation enables you to create scenes that are impossible in live action and see inside people’s minds,” says Sissmann.

It has also signed a SVOD service deal with Canada’s Bell Media for English- and French-speaking VOD rights for “The Pirates Next Door,” “Mini Ninjas,” “Sadie Sparks” and “Zorro: The Chronicles.”

Following the launch of three series at MIPCOM in October 2021 – “Squared Zebra,” “Nefertine on the Nile” and “The Last Kids on Earth” – Cyber Group Studios is now screening its kids series “Droners” at the Unifrance Rendezvous in Paris.

“Droners” is an eco-themed hi-tech adventure series, commissioned by TF1 and co-produced with La Chouette Compagnie and Supamonks. Two seasons with a total of 52 episodes are available. It mixes 3D images, including all the drone sequences, with 2D animation.

The first season, which is targeted at a 6-10 age group, enjoyed strong ratings on TF1. It was presold to WDR for Germany, Disney for France and Benelux and has been sold to ABC Australia, Télé-Québec, SIC and RTBF.

Raphaelle Mathieu, senior VP of sales, acquisitions and new media, says that “Droners” “is an eco-friendly and adventure series about three friends who try to save their island from rising water levels, with a strong element of female empowerment.” The kids have to win drone races to become an assistant to the lead scientist and help save the island. They study the local wildlife and plants and adapt the drones to mimic their movements.

Cyber Group Studios has signed a deal with publishers in France to produce comic book albums and novels linked to “Droners,” and have developed a branded drone and are preparing a video game.

The company’s videogame division currently has around 15 videogames in production.

To augment its production capacity, CGS recently built a real time animation studio in Plaine Images, a Hauts-de-France innovation park, one of the leading animation and VR hubs in France. With 15,000 sq. feet and around 35 staff it complements the company’s Paris studio.

The studio used real-time animation on its pre-school show “Giganto Club,” a spin-off show from its “Gigantosaurus” franchise that has been translated into 35 languages.

“Real time animation gives you an opportunity to create stuff you never dreamt of being able to do. You can go faster at a lower cost. It also gives us the chance to attract older demographics,” says Sissmann. “The generation who grew up with new generation animation films in the 1990s, by companies such as Warners and Disney, are open to new types of animation programming. It’s a huge potential audience.”