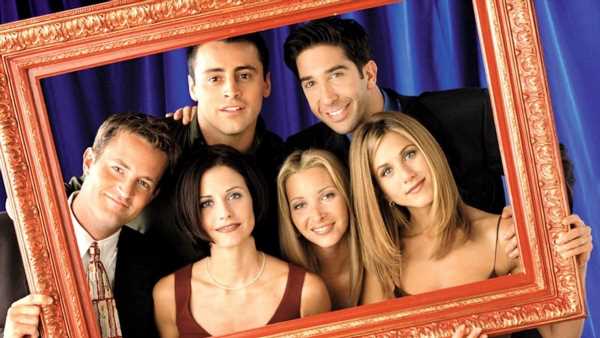 So no one told you life was gonna be this way, and yet here we are at the end of an era. WarnerMedia announced on Tuesday, July 9, in an official press released provided to Bustle that Friends will be leaving Netflix in 2020 and become available to stream on WarnerMedia’s new streaming platform, HBO Max. The platform is described as being "Maximized" with an extensive collection of exclusive original programming (Max Originals) and the best-of-the-best from WarnerMedia’s enormous portfolio of beloved brands and libraries. Hence where an iconic sitcom like Friends comes into the picture. So if you can’t bare the idea of parting from your favorite Central Perk gang, all 236 episodes will still be there for you — just not on Netflix.

Netflix confirmed the news on Twitter, posting about how sad it is to see such a great series leave its service. "The One Where We Have to Say Goodbye," Netflix tweeted shortly after the announcement. "We’re sorry to see Friends go to Warner’s streaming service at the beginning of 2020 (in the US). Thanks for the memories, gang." The tweet was also accompanied by a coffee emoji — a fitting nod to the show’s preferred drink of choice.