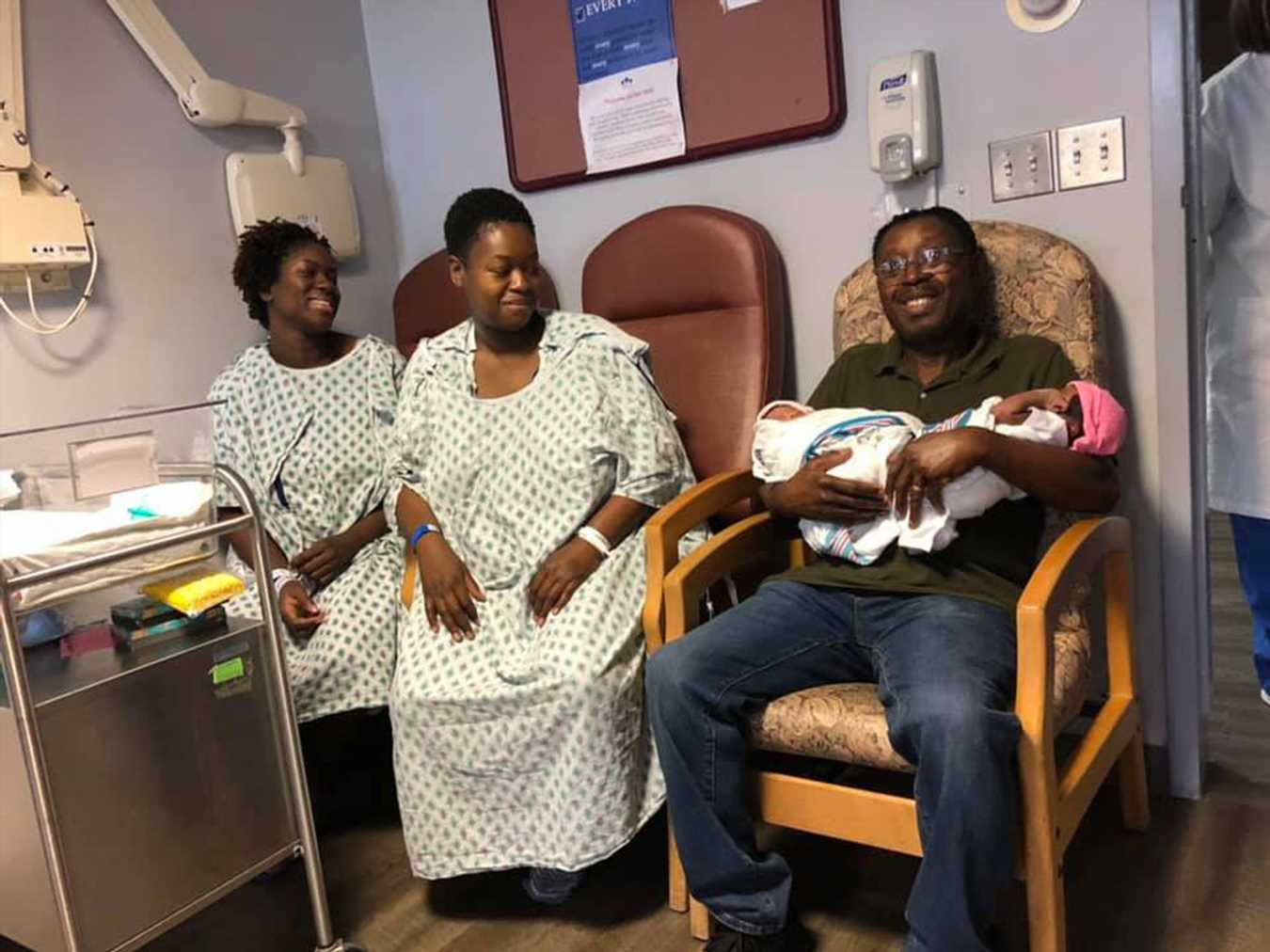 Two New York sisters ended up welcoming their babies on the same day at the same hospital — and it just happened to be their father’s 70th birthday.

Simone and Shari Cumberbatch were both due to give birth to their baby girls in mid-July. But the little ones, Hailey and Liberty, “had other plans” and arrived last Wednesday at Mercy Medical Center in Rockville Centre, the hospital explained in a Facebook post.

“The family says that Fourth of July festivities will never be the same,” hospital officials wrote. “Grandpa, moms and babies are all doing great!”

Photos showed the women and their father, Elmo Cumberbatch, holding the babies with wide smiles on their faces. The coincidence unfolded when Simone headed to the hospital for her cesarean section and learned that her sister, Shari, had gone into labor hours earlier, according to Good Morning America.

“At first I was shocked. I said, ‘Wow this is really happening?’ ” Simone told GMA. “When I realized it was real, I said, ‘This is going to be a good thing.’ “

Simone said she chose to have her C-section last Wednesday so Elmo could share a birthday with his grandchild, according to local TV station WCBS. But they never expected that Hailey would want in on the fun.

“I requested it, but we didn’t know we was gonna get two the same day,” Simone told the station. Shar chimed in: “They’re like twins! They’ll be close.”

Elmo told news station WNYW that he was both surprised by and happy about the twist of fate. Dr. Jay Seraji, who delivered both babies, told the station that it’s the first time he’s ever witnessed such a coincidence.

“I have the most rewarding but hardest job in the world,” he said. “Moments like this make it all worthwhile.”