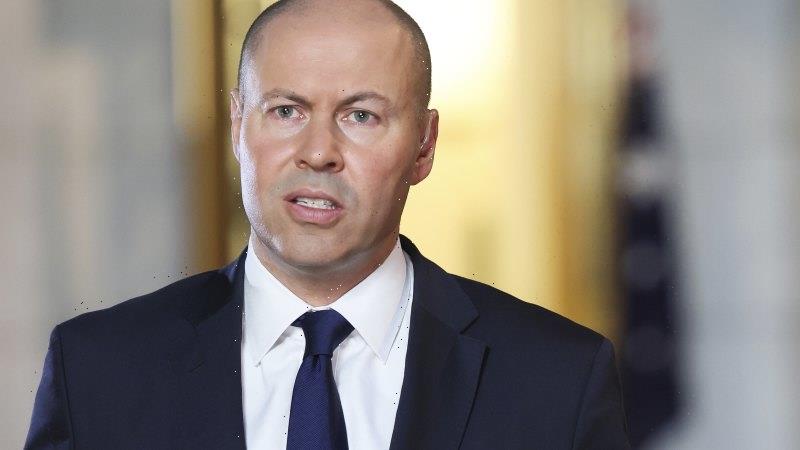 Meanwhile, Labor MPs are growing frustrated with the party’s campaign headquarters, singling out an inexperienced team and a disjointed media strategy that has cost the party widespread coverage of at least two major policy announcements in last week: $519 million for veterans and a royal commission into Robodebt. 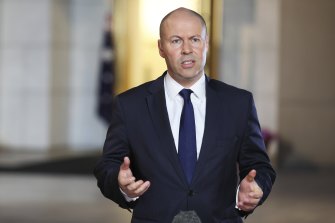 Josh Frydenberg is under pressure in Kooyong.Credit:Alex Ellinghausen

Frydenberg, who is considered a major electoral asset, visited more marginal seats in Sydney than in Melbourne in the first two weeks of the election campaign.

His camp has now shifted gears, with the Treasurer to remain in his Melbourne seat of Kooyong over the next three weeks amid concerns the challenge from teal independent Monique Ryan could be successful.

Both Frydenberg and Ryan have blanketed the seat of Kooyong with corflutes and billboards and spent big on social media advertising in the seat.

The Sun-Herald and The Sunday Age has spoken to 15 Liberal MPs in and outside the Morrison cabinet who are familiar with the Coalition’s election strategy, internal polling and who have campaigned in these four seats.

All were increasingly concerned about the party’s chances of hanging onto four key seats – North Sydney and Wentworth in Sydney, and Goldstein and Kooyong in Melbourne – as the election contest tightens, given it will be close to impossible for Scott Morrison to win a majority if the quartet is lost.

The battle to hold off the teal independents is one part of a three-pronged challenge the Coalition faces.

It must also hold marginal seats such as Reid in Sydney, Chisholm in Melbourne, Boothby in South Australia and Swan and Pearce in Western Australia – which some MPs have now written off as Labor gains – while needing to win outer suburban and regional electorates from Labor to offset likely losses.

Those target seats for the Coalition include Gilmore and Parramatta in NSW, McEwen in Victoria and even Blair in Queensland, where Labor began the campaign hoping to win three or four seats. Strategists on both sides now believe it’s possible no seats will change hands in Queensland.

Sources close to the Treasurer insisted he is not taking his seat for granted but conceded Morrison’s personal standing was “toxic” with inner urban voters and that it could come down to 500 votes, with a very real chance the man often touted as the next leader of the Liberals could lose his seat. 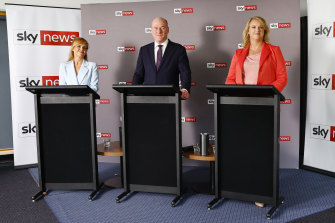 If Frydenberg’s primary vote were to fall below 46 or 47 per cent, Liberals believe, it will be difficult for the Treasurer to retain the seat on preference flows.

Frydenberg said the Kooyong contest will be tight and “every vote will count”.

“I am up against a former long-standing member of the Labor Party in Monique Ryan who is asking people for their vote but is not prepared to tell them how she will vote in a hung parliament – a hung parliament which will bring uncertainty and instability.”

In North Sydney, Liberal Trent Zimmerman is considered the most at-risk of the MPs facing a challenge from the teal independents. Zimmerman has a margin of 9.3 per cent but is in a three-cornered contest with independent Kylea Tink and Labor’s Catherine Renshaw.

One senior NSW MP, who asked not to be named so they could discuss internal deliberations, said: “Trent is the one we are most worried about in New South Wales [against teal candidates] but our biggest problem is Reid”.

One member of cabinet said “it’s entirely possible we will win suburban seats, lose Kooyong and North Sydney and end up on 76 seats [the minimum required for majority government]” .

In Wentworth, which Dave Sharma won with a 1.3 per cent margin over Kerryn Phelps in 2019, the incumbent now faces high-profile businesswoman Allegra Spender. Though the margin is much tighter on paper, the Liberals are more confident of retaining the seat compared to North Sydney or Kooyong.

As one MP who has campaigned in the seat said, “the aggro isn’t directed at the Liberal Party, it’s directed against Morrison”.

And in Goldstein, which covers some of bayside Melbourne, Tim Wilson is thought to be the safest of the quarter from the challenge presented by former ABC journalist Zoe Daniel.

A Victorian MP familiar with the campaign on the ground said that “Tim is under serious pressure” and that the seat was home to voters in the “post-material intellectual class who don’t care about the economy, it’s all about climate”.

However, the MP said controversy over anti-Israel comments made by members of Daniel’s campaign team had ensured the Jewish community in the seat, which represents about seven per cent of the seat’s population, had swung behind Wilson.

Meanwhile in Labor ranks there was fury on Saturday over campaign headquarters’ decision to release the RoboDebt royal commission policy late on Friday night, after newspaper deadlines. Several Labor MPs said it was a missed opportunity for the opposition to set the news agenda on Saturday.

“I can’t believe they left it so late,” one Labor MP said.

A similar decision not to release the party’s Veterans policy to newspapers first a week previously – a decades-old practice – had also infuriated MPs and left them questioning the competence of staff in the campaign media team.

“This says a lot about our internal disorganisation, that it’s a problem,” the second Labor MP said, adding that it should have made a much bigger splash on the day before Anzac Day.

“Can you tell me who is running the show in CHQ because I don’t know.”