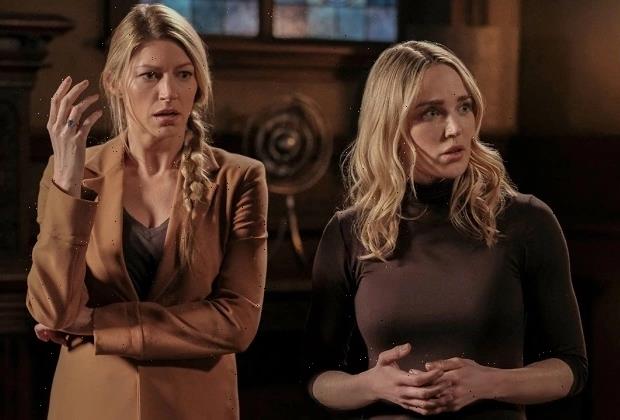 The Waverider is being permanently grounded: Legends of Tomorrow has been cancelled at The CW after seven seasons.

Co-showrunner Keto Shimizu broke the news on Twitter: “Well, folks. It’s been an incredible run. However, the CW has let us know that there will be no Season 8 of Legends of Tomorrow. We are heartbroken, but also immensely grateful for the amazing work our cast, crew, and writers have contributed to the little show that could.”

Legends this season averaged 860,000 total weekly viewers and a 0.2 demo rating (with Live+7 playback), up in audience and steady in the demo versus its previous season. Out of the 19 dramas The CW has aired this TV season, it ranks No. 9 in total audience and trails only All American, The Flash and Superman & Lois in the demo.

The Arrowverse series wrapped up its seventh season on March 22 with an eventful finale/cliffhanger that included the long-awaited introduction of DC Comics character Booster Gold (played by Scrubs vet Donald Faison), who told the Legends that they were all being arrested for time crimes.

“It’s going to have a huge impact on a potential Season 8 in that they’re going to be in jail,” Shimizu previously told TVLine with a laugh. “Every season is something new. We’re going to find out more about this organization that has put all the fixers in all these different places and find out what happens when you commit too many time crimes.”

Elsewhere in the episode, Sara learned that she was pregnant with Ava’s baby and longtime series regular Nick Zano exited the show when his character Nate lost his superpower and returned to the totem to live with Zari 1.0.

TVLine’s Broadcast Renewal Scorecard has been updated with the news. Hit the comments with your reactions!