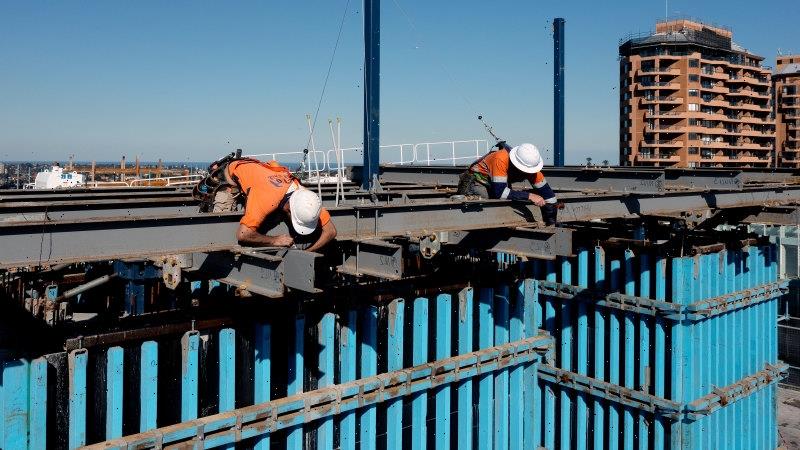 Government lawyers have threatened legal action to stop the publication of a secret report into the workplace culture of the controversial building watchdog after employees criticised it as a stats-driven agency that focused too much on litigation.

A confidential staff survey of the NSW and ACT region of the Australian Building and Construction Commission (ABCC) found it was racked by “contagious negative morale” and a “culture typified by active mistrust”. 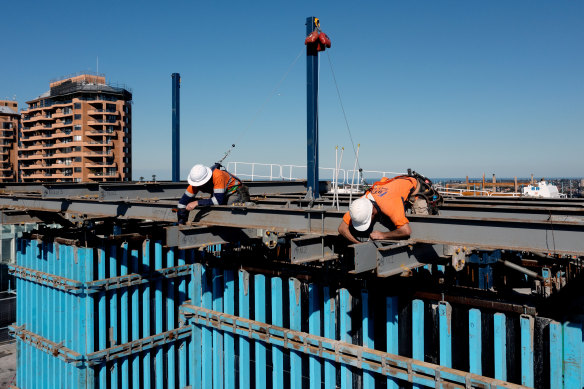 A secret April 2021 report found there were a range of workplace issues at the construction watchdog.Credit:Brendon Thorne

The government has promised to abolish the ABCC under its Secure Jobs, Better Pay industrial relations reform bill, as Labor believes the agency is a politicised, union-hunting organisation.

This masthead put several questions to the commission seeking comment about the findings of the survey, which was undertaken by business consultancy Bendelta in April 2021.

The commission did not respond to the questions, instead a lawyer from the Australian Government Solicitor wrote to confirm they were acting for the ABCC and warned any publication of the content of the report “could expose you to an action for breach of confidence”.

“You are asked to immediately delete or destroy all copies of the document and confirm that you have done so and that you have not copied or shared the report with any other person or entity,” the legal letter said.

“The report you refer to in your email below contains private and confidential information about a number of current and former employees of the ABCC.”

According to the agency’s 2020-21 annual report, there were 31 ongoing and non-ongoing staff in the NSW and ACT during that financial year. The organisation had more than 160 staff nationally.

The Bendelta report quoted staff it interviewed anonymously, but referenced some by their pay scale.

This masthead has chosen not to publish any information that could tend to identify ABCC staff.

The future of the ABCC and its record as a litigator has been a matter of significant public interest since the new Labor government moved to curtail its powers and hand them to the Fair Work Ombudsman (FWO).

ABCC commissioner Stephen McBurney defended the agency’s record of litigation during a parliamentary hearing on Tuesday, while his deputy Matt Kelleher said the FWO, which will take the ABCC’s responsibilities, did not have the same investigative powers.

The staff survey contained criticism of ABCC methods and processes, with some employees saying it focused too much on litigation and statistics.

“We visit the same site up to four times, and I think it’s borderline harassment just to get the stats up,” one employee was quoted anonymously in the report as saying.

Another anonymous quote in the report said: “I’ve had people say I just want you and your organisation to leave me alone”.

“Agency focus seems to be too much on stats and litigation, instead of what it was created for, to help and change the behaviour of the industry,” another quote reads.

The report said there was a sense that key performance indicators “were indicative of activity rather than performance” and the nature of the work, which had become transactional and “check-boxing, instead of connected to the purpose, meaning and quality of industry interactions”.

The annual report said more than 1500 site visits were conducted nationally in 2020-21. In a September industrial update, the agency – which predominantly targets the Construction, Forestry, Maritime, Mining and Energy Union – said it had 39 outstanding legal cases, and had seen almost $19 million imposed in penalties since 2016. 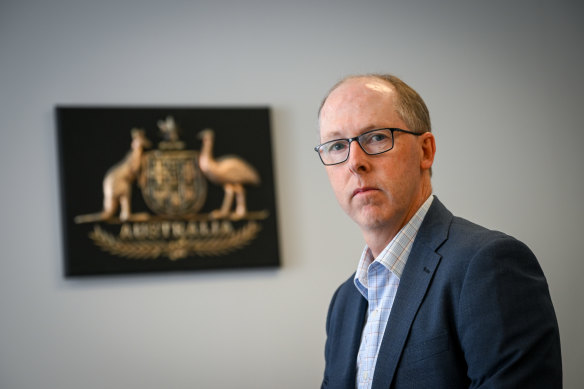 McBurney told the Senate committee he was at his son’s soccer match on a Sunday morning in August when he received a text message to watch ABC political program Insiders, on which Workplace Relations Minister Tony Burke was announcing the gutting of his powers.

“It would’ve been preferable to be forewarned,” McBurney told the hearing. Put by Coalition industrial relations spokeswoman Michaela Cash that he was “not given the courtesy” of a warning over the announcement, McBurney replied, “that’s correct, senator”.

McBurney said the past five months had been “a very difficult time for our staff”, with several potentially left without jobs to go to as the organisation is defunded ahead of its slated abolition.

Key Senate crossbenchers, including Jacqui Lambie and David Pocock hold concerns about the abolition of the ABCC, the former describing it as a “sticking point” in the industrial relations bill.

Burke on Monday promised to set up a National Construction Industry Forum as a statutory body in lieu of the ABCC to address cultural issues in the construction sector.

Kelleher said the FWO, which is assuming the bulk of the agency’s functions, had fewer powers than the ABCC, and was unable to investigate right-of-entry breaches on worksites, or allegations of coercion between building industry members.

McBurney said he wanted to acknowledge the “tireless efforts of all staff across all divisions of the agency.”