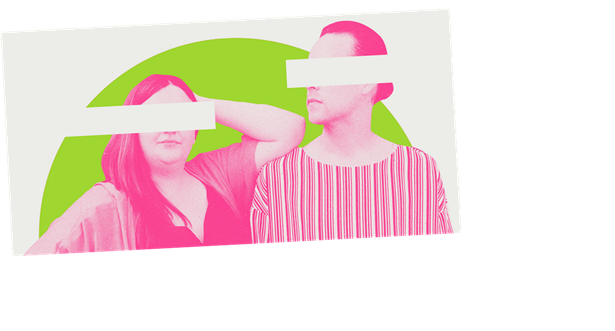 I knew Bry was my twin flame long before I knew what a twin flame actually was. In fact, I don’t think I’ll ever forget the first time I saw him. We were both at our company’s holiday party; we’d worked in the same place for a few months, and we’d spotted each other milling around the office. But since we worked on different teams and on different floors, we’d never gotten a chance to actually meet.

The night of the holiday party, I was absolutely incensed at myself for denying my true urges. I’d wanted to wear sequins, but decided it was a little too on-the-nose, and wore leather instead. Bry caught my eye from across the room because he was wearing a sequined blazer. I knew two things immediately: I would never deny my sartorial urges again, and I needed to introduce myself to the tall, glittering gay across the room.

When we started talking, I immediately got the sense that I’d known him for years. It was more than a friendship; the bond felt like it had traveled through many different types of relationships, across many different lifetimes. 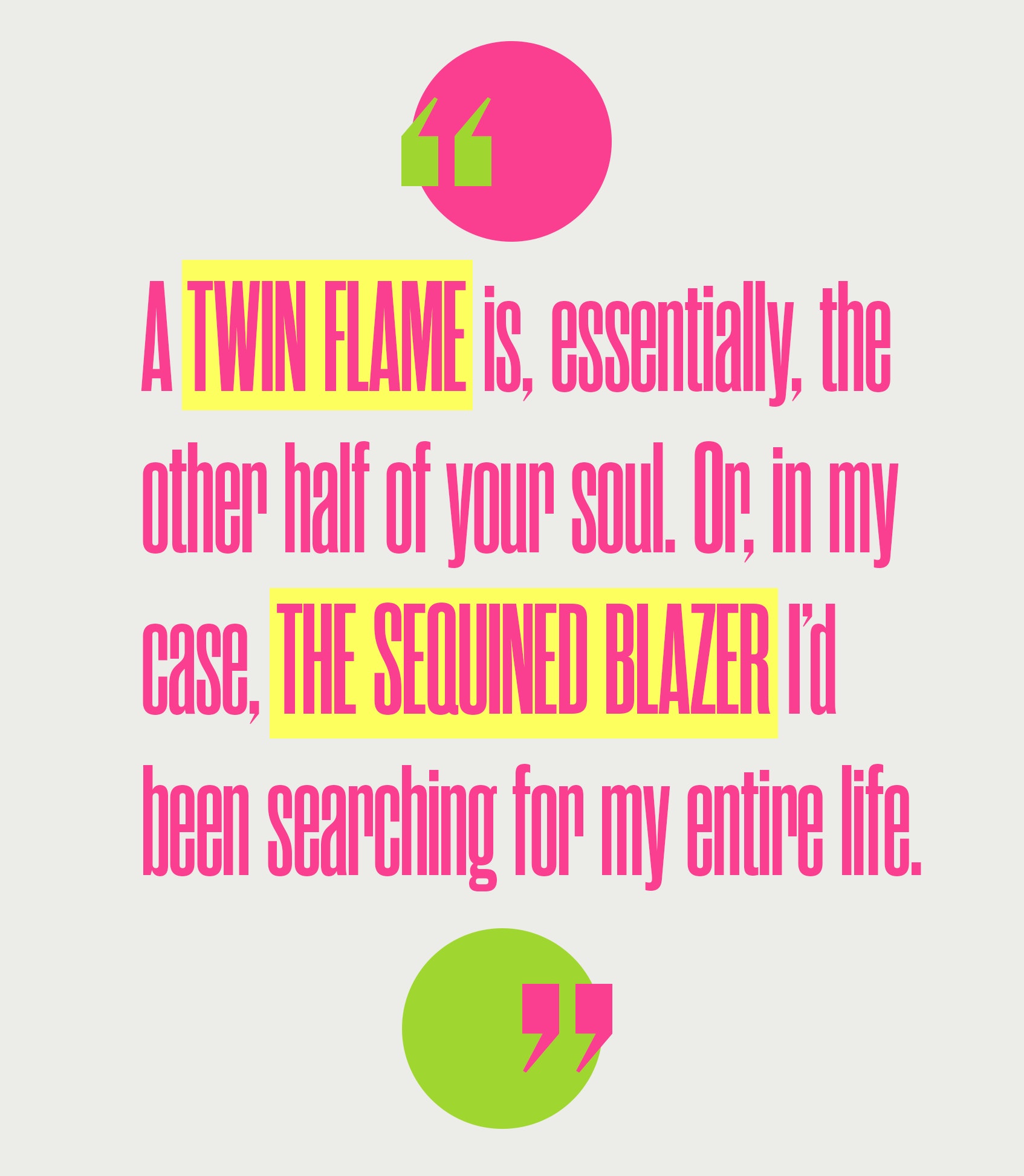 According to Keen, an online platform that focuses on love and relationships, the sensation that you’ve met another person before is one of the main indicators they could be your twin flame. The concept was developed among ancient philosophers, mystics, and sages. It means that at the moment of a soul’s creation, it’s split into two halves with each half exploring a different aspect of spirituality or duality. One side is the divine masculine spirituality; the other is divine feminine spirituality.

A twin flame is, essentially, the other half of your soul. Or, in my case, the sequined blazer I’d been searching for my entire life.

Most of the literature on twin flames focuses on romantic relationships, but for Bry and me, romance was never on the table. Still, there was a certain level of intimacy there that I don’t always find in other friendships. And, as it turned out, meeting him wasn’t just about connecting with someone who felt familiar when it comes to past lives; his presence would also be crucial to understanding my future. 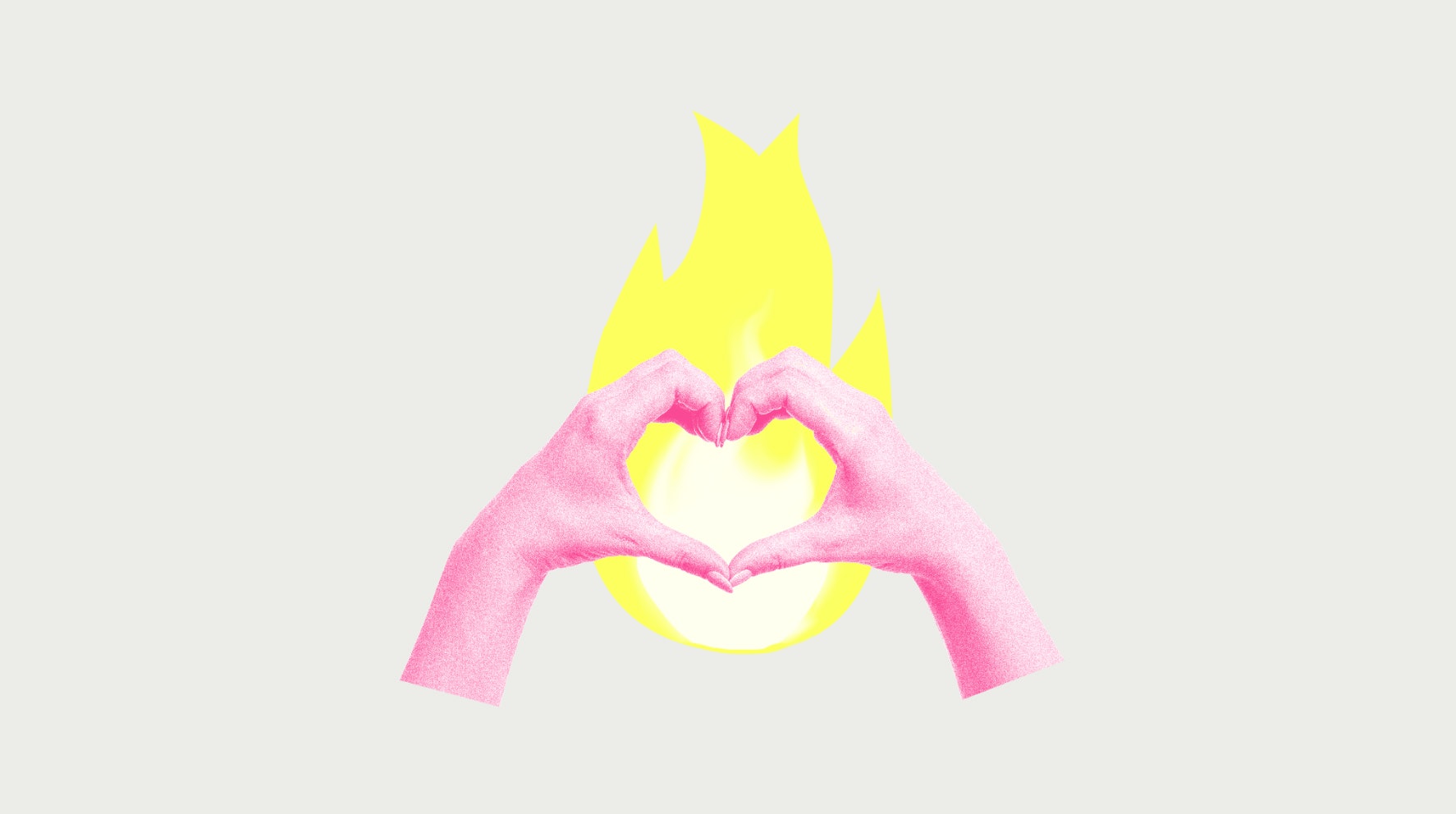 During our time together at work, on set, having lunch, and hanging out on the weekends, we got to know each other on a deep level. I told him everything I was thinking, certain that I could trust him with just about anything I had to say — which, it turns out, is another sign that someone is your twin flame. Whenever I couldn’t figure out what words to use, it was almost like he could read my mind and help finish my thoughts for me, which is — you guessed it — another sign that the fires we each carry within us were burning brighter when in the presence of one another.

This connection, depth, immediate rapport, and sense of safety were why Bry was the first friend I came out to. When I told him I was a lesbian, he closed his eyes, nodded his head, and said, “Welcome.” It was like he had known all along — and maybe, if you think about it, he had.

Now, five years later, it’s interesting to look back on what transpired after those initial heady months of connection. I’ve since left that job, and our day-to-day lives have gone in totally different directions. The thing about twin flames, though, is that the fire always burns no matter what — brighter sometimes, dimmer in others, but it never goes out. 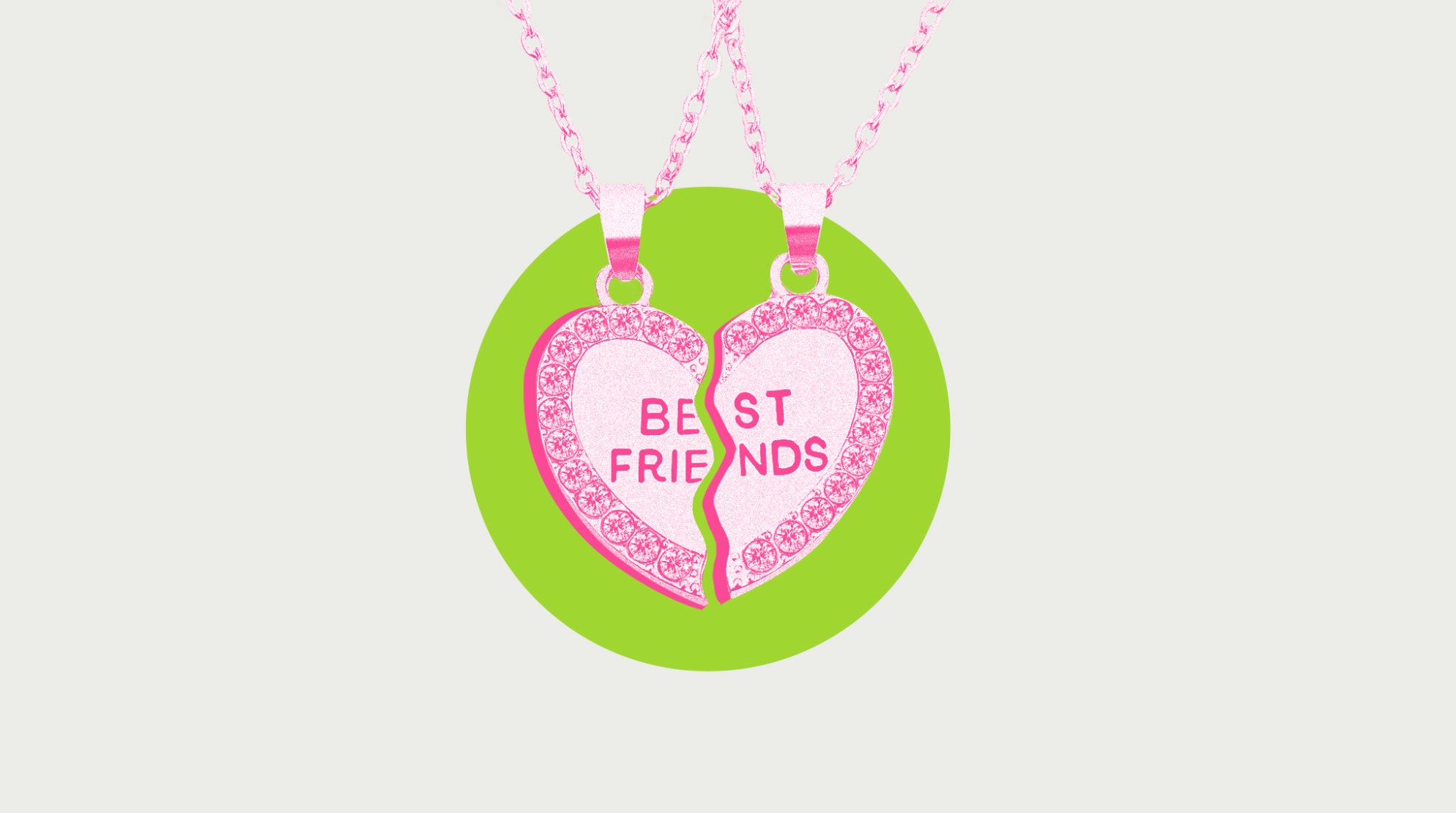 I was in Bry’s wedding. He saw me through my first breakup with a woman. I’ve talked him through a variety of style and aesthetic changes, and he’s talked me off more emotional ledges than I can count. We connect on serious things, but also on the lighter stuff. Sometimes we go for months without talking, and other times, we talk every day. No matter how we move toward and away from each other, the connection remains the same.

I’ve only recently gotten into the idea that there’s a larger force at play in our lives, guiding us to the situations and people who will help us learn and grow. It’s how I learned about the concept of twin flames in the first place: I had a reading with one of Keen’s spiritual advisors, who gave me a bit more context on the idea. When she told me, I realized that without a doubt, Bry was mine. Meeting him felt like kismet; and together, we’re each able to burn a little brighter.