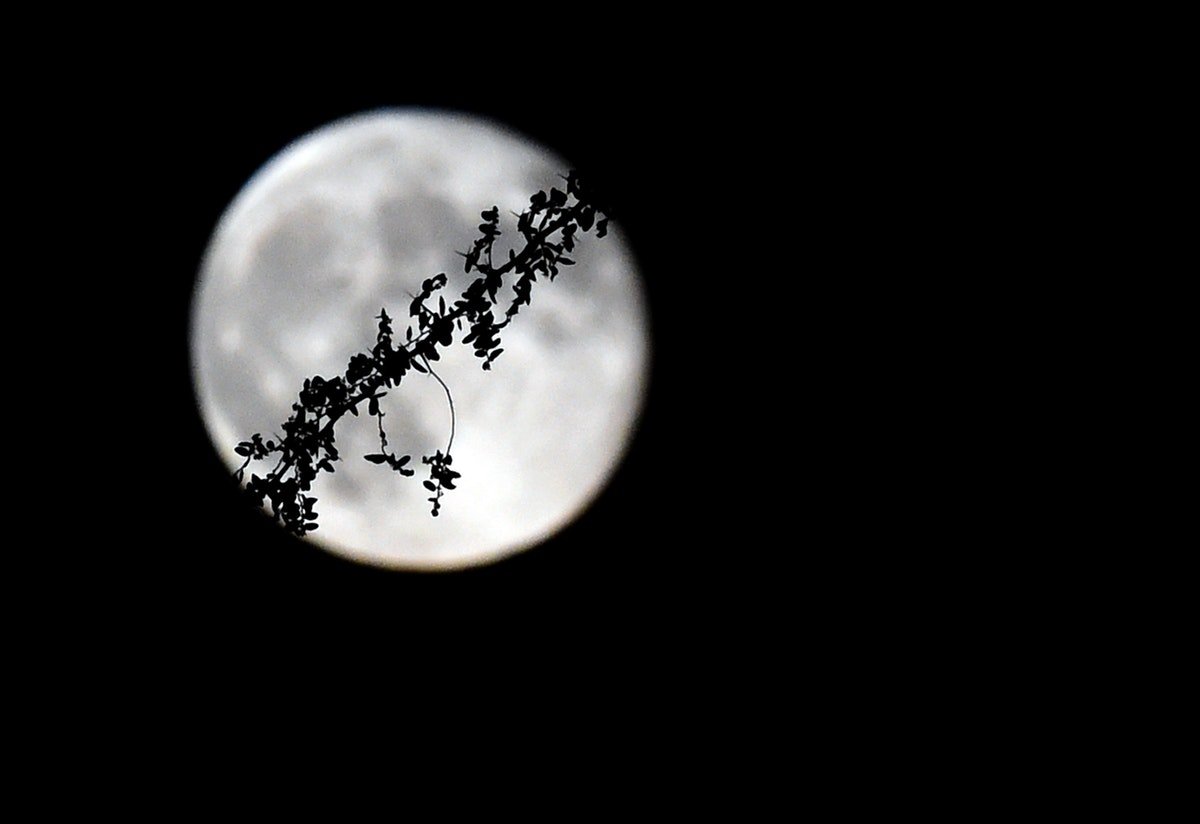 Given that it’s summertime and all, I’d love to tell you this is going to be a fun, light, party-time type of full moon — but I can’t. It’s likely to be intense. Not only will we be dealing with the chaotic energy of literally five retrograde planets, but we’re also left to balance the often-chaotic eclipse energy. Eclipses are about fate — July’s luminaries are not ideal for manifesting, doing magic work, or starting brand new things. Instead, the universe is pouring some truths down on us and helping to show us our path. Submit to the ride and allow yourself to open up to these things — even if they’re difficult or not what you had in mind.

This moon is also likely to make us feel extra edgy and dark given a close conjunction with planet Pluto (which, I’ll note, is also currently retrograde). "The Capricorn Full Moon on Tuesday, July 16, falls on the back of a Partial Lunar Eclipse, making this a day when sitting at home with the blinds drawn looks like your best option," wrote astrologer Pam Ciampi in Llewellyn’s 2019 Daily Planetary Guide. Yikes.

But even the stormiest of clouds have a silver lining, and if we prepare ourselves for the way this moon may make us feel, perhaps we can make the most of it. Bustle spoke to astrologer Lisa Stardust, who shares, "The lunar eclipse on July 16th is a powerful luminary that will urge us all to transform our lives — even if we aren’t ready." Change is on the horizon, and maybe that’s a good thing.

This luminary will be hitting every sign’s chart in a unique way, so check out how the July 2019 full moon will affect you, based on your zodiac sign.

All this transformation energy is gently (or not so gently, depending on how things go) nudging toward a career path that actually works for you. "A work situation is now in flux, which will help you move towards the career of your dreams," explains Stardust. Keep your eyes and ears open to possibilities.

The full moon eclipse energy is intense, so retreating inward and getting in touch with your spiritual side might bring you a bit of comfort. "Committing to a higher minded activity will allow you to heal wounds and your heart," says Stardust to Bustle. Throw a few Tarot spreads, hit a yoga class, or just soak up the sun.

It never feels good to have the weight of being indebted to someone looming over you — so commit to taking care of business now, Gemini. "Consolidating debt and making a new conscious decision to repay debts will benefit you during this luminary," advises Stardust. Waters have been rocky, but being responsible will quell some anxieties.

There have been some lingering feelings and loose ends in your relationships lately, Cancer, and it’s weighing on you. Now’s the time to take steps toward closing those doors for good. "You’re closing a romantic chapter on your past and bringing in a new one simultaneously," explains Stardust. Trust the process.

You’ve got the fire of your ruling planet fueling you to work toward your goals nonstop, but this full moon is begging you — if not forcing you — to take a breather. "Take time and chill during this eclipse," advises Stardust. "Have a spa day and relax to relieve anxieties." You’ll come out of this eclipse series refreshed and ready to tackle.

When everything in life feels out of control, it’s easy for you to turn toward the little details and obsess. Under this luminary, your love life might be under your microscope. "Your crush may be giving you the silent treatment which is causing your stress levels to heighten," warns Stardust. "Don’t worry, they will give you extra TLC and attention soon."

The simultaneous craving to be around people and deep need to do some internal processing is real, so get the best of both worlds by only allowing your inner circle near your energy under this moon. "This eclipse will allow you to reconnect with your family and friends," shares Stardust with Bustle. "Spend time with those who are near and dear."

Sometimes silence has the power of 1,000 stingers full of poison. Instead of lashing out at the energy vampires looming near, kill them with dead air. "You’re using your silence to express your powerful nature, [putting] those who aim to hurt you in their place," explains Stardust. Create a safe, energetic shield around yourself.

This full moon eclipse is affecting finances, and in your case, it should actually send some long-forgotten boons in your direction. "A payback on a loan is coming your way, which will allow you to go on a shopping spree," shares Stardust. But pump the breaks until the end of the month when Mercury goes direct and bigger purchases will be easier.

Dust yourself off and trust the universal process — it has your best interest at heart. "You’re taking your power back," says Stardust. "Now you are asserting your will on others and taking charge!" You know you’re a born boss. Vow to put your big girl boots on and start kicking ass/taking names.

Feeling a bit nostalgic, eh? It’s not in your usual repertoire of emotions, sure, but go with the flow of what this full moon is planting within you. "You’re in the mood to reflect on the past now, which will allow you to elevate your spirits later on," explains Stardust. Pondering the past can sometimes help you make informed decisions about the future.

There’s been some difficult overlap between your love life and your social circle, and it’s probably making you extra sensi under the eclipse."Your friends may create issues with your crush," warns Stardust. "Try to keep boundaries between both patients to avoid conflicts." A little compartmentalization for the sake of your sanity never hurts.