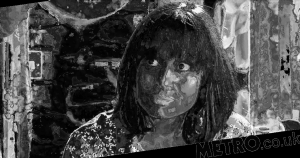 It’s unlikely that anyone expected sweet Lydia Hart (Karen Blick) to be hiding a terrible secret.

However, it was recently revealed that she was the true Jenny Finn, who police were looking for in connection to the body of a dead baby found in the village.

The wounds she has clearly tried to bury for many years as been re-opened, and she has been forced to open up about what happened all those years ago.

In terms of her real identity, it appears that she took on the name Lydia Hart after a girl she’d known while she was living in a bedsit.

Jenny (as she was known then) had co-opted the name after the real Lydia died, in order to start a new life free from her troubled past.

That troubled past involved living in a children’s home (near where the baby’s body was found) and getting pregnant aged 15 to a stillborn baby.

Lydia revealed the tragic story to her husband Sam (James Hooton), saying that she’d got pregnant by a boy called Craig Reed.

It was then that she ran away to the Scarborough bedsit where she took on the identity of Lydia.

She’s clearly feeling a whole load of guilt over the whole thing, and believed she needed to be punished for the ‘crime’ of not burying the baby with a proper grave or name.

Although Sam has reassured her that she was just a terrified child, and that  it wasn’t her fault, it hasn’t deterred poor Lydia from berating herself.

It looks like she may just be set on running away again, but will doting husband Sam let that happen? Only time will tell.