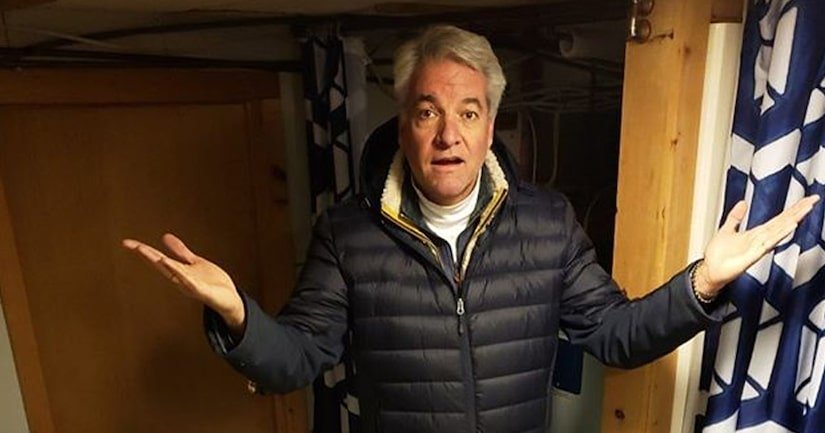 “The phone has been ringing off the hook ever since.”

He was undoubtedly the break-out star of Netflix’s Fyre Fest documentary.

And now Andy King is set to get his own TV show after striking a deal with Spoke Studios.

The event producer, who infamously admitted he was asked and willing to perform oral sex on a customs agent in a last ditch effort to salvage the doomed music festival, will front a series currently being shopped to a range of broadcasters and platforms, Deadline reported.

The team player recently appeared in a commercial for Ryan Reynolds’ Aviation Gin, in which the "Deadpool" star reveals his dedication to the brand he just bought by "blowing" all the glass bottles himself and personally engraving them — which earns a seal approval from the man who redefined the term "whatever it takes."

"No one was more surprised than I was that a documentary spotlighting my only professional strike-out would result in an unbelievable outpouring of love and support, and overwhelming amount of interest and offers," King said of his new deal.

"I’ve had a long, successful career as an event producer, and took an extraordinary leap of faith sharing openly and honestly my unique personal experience on Fyre Fest, and the phone has been ringing off the hook ever since. The barrage of memes notwithstanding, I’ve been granted an opportunity that’s impossible to pass up," King said.

He added: "While, lately, I’ve said a word I’m not really used to ever saying — ‘no’ — I am excited to get behind brands of all types."

Spoke Studios Co-President Joe Weinstock added: "It’s not every day that lightning strikes the zeitgeist as it has with Andy, who has resonated with viewers across the spectrum, but especially with younger demos that strongly identify with his realness, charm and unfiltered delivery.

"Everyone can relate to something going sideways, but Andy’s unflappable, unapologetic approach and the response from viewers and the whole industry is undeniable."

In the Netflix documentary "FYRE: The Greatest Party That Never Happened," Andy told the documentary film crew about the time Billy McFarland — the conman behind the wannabe luxury music festival — asked him to perform a sex act to save the event days before launch.

Among the many, many problems stacking up, customs officials demanded $175,000 to release four 18-wheeler trucks filled with Evian water, which led to McFarland calling King to ask him to "take one big thing for the team".

"I literally drove home, took a shower, I drank some mouthwash, and I got into my car to drive across the island to take one for the team. And I got to his office fully prepared to suck his dick," Andy recalled in one of the doc’s most memorable moments.

Luckily Andy didn’t have to perform the deed in the end, but his dedication to the cause shot him to immediate internet stardom.

canceled or renewed? Netflix 'One Day at a Time' Revived By Pop TV After Netflix Cancelation