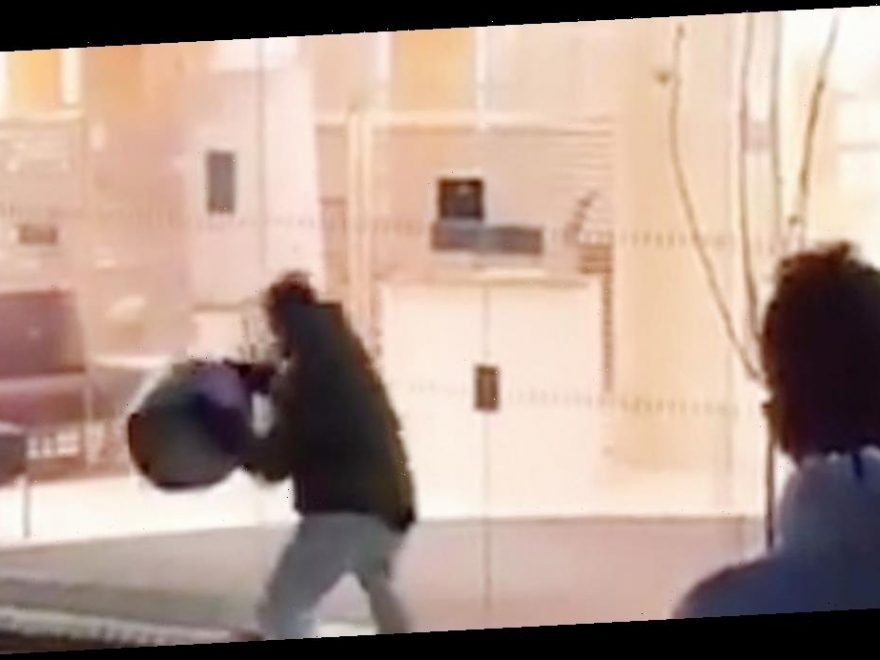 A rough sleeper suffering from bipolar has been jailed after tossing a beer barrel through the window of a Barclays bank.

Police were called to the Market Place branch in Wigan just before 4.50pm on Friday to reports of criminal damage.

Eyewitnesses said they saw him coming from the direction of The Moon Under Water pub with a silver beer keg and throwing it to the bank, reported Wigan Today .

Aspinall apparently missed and the keg rolled down the hill before he picked it up for a second try.

This time the keg is sent straight into the bank, breaking the glass door into pieces.

Aspinall then walks in and asks to speak to the manager before setting off the security measure and triggering a huge plume of smoke.

James Gore, prosecuting, told Wigan and Leigh Magistrates Court: "Members of the public then intervened and took hold of him until police arrived and used leg restraints to restrain him.

"He was then arrested."

The court heard how Aspinall, who had been residing in homeless shelters in Leigh, had allegedly asked staff for a loan at the bank, given he wasn't a customer.

Aspinall, of no fixed address, pleaded guilty to a criminal damage charge.

Karen Moorfield, defending, said Aspinall had no real recollection of the incident and reason for doing it.

She said: "He was under post-sentence supervision with the probation service, of which he attended appointments and complied with.

"In 2007 he was diagnosed with bipolar which he regularly takes medication for.

"He has found it far more difficult sleeping rough and keeping on top of his medication.

"He had missed his medication on the day of the incident which has impacted on his mental health and actions, which he can only assume played a part in his actions that do not make sense.

"He has seen the CCTV and accepts it’s him and that he has no legitimate reason for doing it."

Aspinall, who had eight previous convictions for criminal damage, has been jailed for six months and ordered to pay a victim surcharge of £122.

Justices said his actions would have caused "alarm and distress" to members of the public, particularly to staff of Barclays.