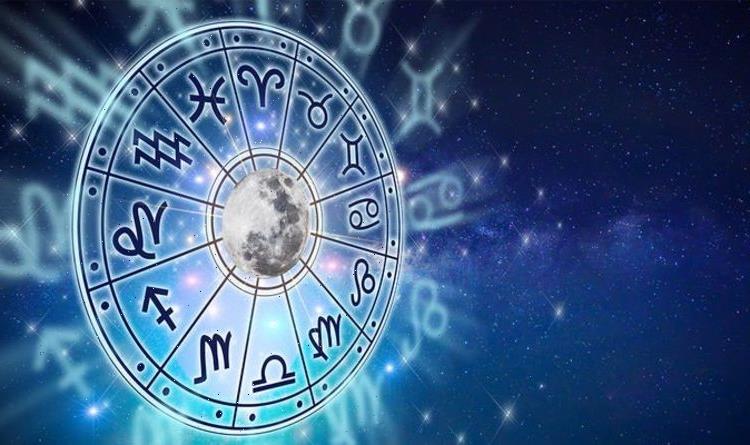 Astrology: Expert explains what your star sign means about you

A close relationship will be a source of great comfort and happiness during the opening days of September. It may be necessary to do battle with someone in authority to take time off work; do whatever you can to spend more time with your best friend or romantic partner. The New Moon on the 7th could attract a fabulous job opportunity that is surprisingly lucrative; you should take it. Taking the lead in a partnership is critical during the middle of the month; your other half will be grateful when you take the initiative. The Full Moon on the 20th brings your spiritual needs to light; this is a great time to take up a sacred practice or adopt a new belief system.

Although chances for fun will be few and far between at the start of the month, you will be very successful with work. The New Moon on the 7th is great for embarking on a romance; you’ll delight in the company of a talented artisan. If you’re already in a relationship, this would be a great time to experiment together in the boudoir. Try not to take it personally if your family isn’t very enthusiastic about your interests. You shouldn’t need anyone else’s approval to enjoy your hobbies. On the 20th, the Full Moon brings the successful conclusion to a group project. Beware of playing hot and cold with your business or romantic partner in the final days of September.

Your gift with words will attract admirers from every direction in the beginning of the month. On the 7th, the New Moon could inspire you to move to another neighbourhood or do some home improvements. A more relaxing domestic environment will bring out the best in you. The middle of September is great for launching a creative project. Collaborating with an accomplished artist is a distinct possibility. A big career breakthrough looks likely around the 20th, when the Full Moon illuminates your professional accomplishments. A former romantic partner may try to contact you at the end of September. Although you’ll have fun catching up with each other, you should be wary about giving away your heart over the next few weeks.

Home is where the heart is at the beginning of September. It’s possible your best friend or romantic partner will chafe at spending so much time on domestic pursuits. If you can’t go out and about, find inventive things to do while you’re housebound. The New Moon on the 7th may bring exciting news about a community matter; this is cause for celebration. You might decide to launch a home improvement project that is long overdue. Upgrading the plumbing or electrical system is a strong possibility. On the 20th, the Full Moon could mark the end of an academic program; alternatively, a legal decision could be rendered in your favour. Change your approach to a contentious relative at the end of the month.

If you’re given a choice between taking freelance assignments or accepting a steady job at the start of the month, pick the latter. Having a regular paycheque will make you more relaxed and confident about the future. Expect a great job offer to arrive on or shortly after the 7th, thanks to an enriching New Moon. The middle of the month could find you arguing with a romantic partner; one or both of you may not be fulfilled. Work together so that you both feel valued and satisfied. The Full Moon on the 20th could attract a financial windfall in the form of an inheritance, royalty cheque, or legal settlement. Don’t make any reservations for a trip at the end of September.

September opens with you radiating animal magnetism more powerfully than ever before. Don’t be surprised when several people develop deep crushes on you. The New Moon on the 7th is ideal for investing in your appearance. This is a great time to get a new hairstyle, upgrade your wardrobe, or rethink an aim or ambition. A lucrative job could become available during the middle weeks of the month. It’s worth applying for this position, even if the competition is stiff. On the 20th, the Full Moon could bring about an exciting breakthrough in a close relationship. Getting engaged or married is possible, as is entering a business alliance. It may be time to revise your fees or renegotiate your salary at the end of the month.

Home can be a source of pleasure or pain at the beginning of September, depending on your attitude. If there are several jobs that need your attention, take this opportunity to do execute them. On the 7th, the New Moon could deliver an affordable repair professional who can get your household up and running in no time flat. The sooner this work is finished, the happier you will be. In mid-month, your ambition will go into overdrive. Take this opportunity to pursue a lifelong dream; you could realise it by the time the Full Moon rises on the 20th. During the final days of the month, you’ll reconsider some opinions that feel limiting. Cut out self-criticism and replace it with praise.

Friends will be a source of tremendous support in the opening days of the month; don’t hesitate to lean on your nearest and dearest when you’re consumed by uncertainty. The New Moon on the 7th is great for a video conference with your tribe; it will be so much fun to share funny stories and commiserate over problems. This talk could inspire an unusual creative collaboration. during the middle of the month you’ll get some great feedback about a writing or education project that’s been consuming lots of energy. On the 20th, the Full Moon bring a romantic relationship to a whole new level; it’s a great time to make a commitment. As September comes to an end, you should beware of taking family for granted.

Be realistic about professional commitments at the beginning of September; there may not be much opportunity for rest and relaxation. The New Moon on the 7th could bring a fabulous career opportunity that makes your spirits soar. You’ll enjoy a position that requires you to think on your feet, rather than carrying out a predictable daily routine. In the middle of September, you might have to take time off work to attend to the needs of a misguided relative. The Full Moon on the 20th will resolve a stressful family matter; you’ll breathe a sigh of relief when you find an affordable way to deal with this problem. Beware of piling too many chores on your plate at the end of the month.

Wise decisions about money could earn you a promotion at the beginning of the month. You’ll enjoy getting paid a handsome salary for sharing your expertise with others. Don’t worry about those who seem disinterested in your training; they will quickly fall by the wayside, while the engaged pupils will remain. The New Moon on the 7th could bring an exciting opportunity to expand your knowledge. Taking an intensive online workshop is strongly advised. In the middle of September, you will be entrusted with whipping a chaotic department into shape. Use your leadership skills to create a lean, efficient team that is highly successful. On the 20th, the Full Moon will deliver great news about a troubling family or neighbourhood matter.

Your love life will sizzle with excitement at the start of September. If you’re single, you’ll attract a seasoned traveller who enchants you with their wit and sophistication. The New Moon on the 7th is ideal for going on a first date. If you’re already in a relationship, give your amour a beautiful token of your affection. Try not to give in to pessimistic thinking about your professional prospects in mid-September. Once the Full Moon rises on the 20th, you will be feeling much more positive about your financial future. A relative’s erratic behaviour could make you feel guilty about pouring all your energy into work. Don’t beat yourself up for pursuing a stimulating career. Someone with your intelligence can’t thrive in a boring job.

Be realistic about a partnership at the beginning of September. Instead of expecting a perfectionist to go with the flow, give thanks for their high standards. If you’re single, the New Moon on the 7th could bring your dream partner into your life. Stimulating conversation will pave the way to passion. If you already have a significant other, this will be a great time to start a business, schedule a trip or relocate to another part of the world together. Silencing your inner critic is critical to your health and happiness. The Full Moon on the 20th grants a cherished wish; celebrate this victory with a friend who has always supported your pursuit of this goal.