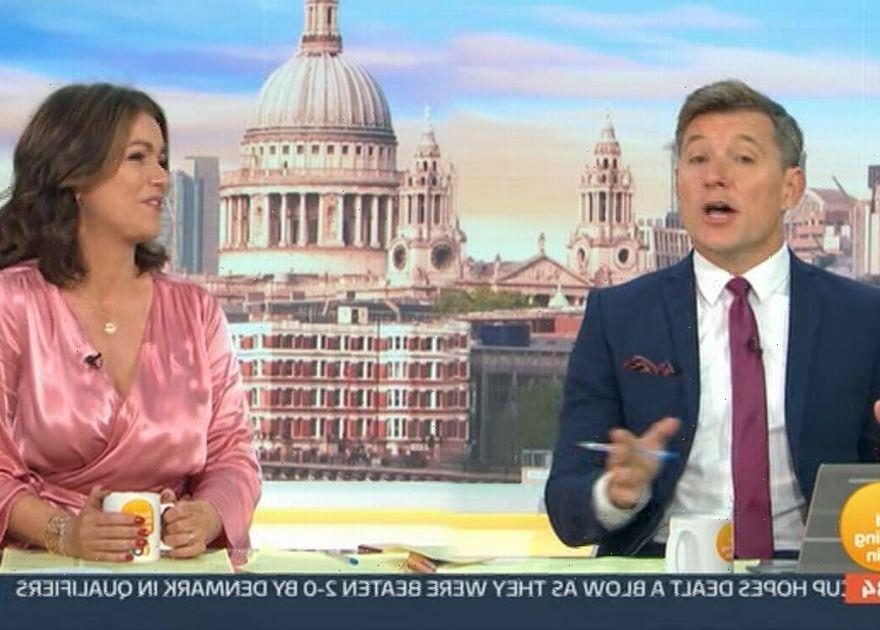 The Good Morning Britain hosts got caught up in a "super awkward" conversation following female hosts Susanna Reid and Kate Garraway gushing over each other on air.

The discussion between the GMB hosts took place after Kate returned after her summer break, in which Susanna stepped in to fill her place so Kate could have a well-earned family break.

Susanna cut her own time away short, so she could help out her co-star Kate who has been struggling with her husband Derek's ongoing covid battle.

To which Kate replied: "Ooooh ok!"

"Well, you're a superhero because you broke your holiday to come in so I could have a break with the kids."

But co-star Ben Shephard didn't like all of the gushing chat and stopped the conversation in its tracks.

Ben then chimed in to say: "Can we stop with the 'super' chat?"

Then Susanna snapped back and said: "Sorry, are you feeling left you?"

Ben responded by saying: "There's a little bit too much super mum stuff."

And then Susanna asked Kate: "Did you have a nice break?"

Kate explained: "It was very nice thank you, thank you to you, and to the friends who helped me and also to Derek's family to look after him and to make sure he had a nice break from me."

Shortly after, Susanna was accused by some of wearing what looked like a "dressing gown".

Her colleagues poked fun at her for her outfit choice and referred to her as Margot from The Good Life and Hugh Heffner.

Susanna, 50, confessed to styling the look with loads of jewellery to try to pass off the look as non-nightwear.

She told viewers: "I did get dressed this morning, I haven't come in my dressing gown."

Her co-host Ben quipped: "It's like Margot from The Good Life."

Kate then added: "You look lovely, what are you talking about?"

Susanna explained: "It wasn't in the dressing gown section but I did buy it online so maybe I did accidentally, so I over-accessorised with bracelets and rings and earrings and a necklace and now I look like I've rather tried too hard with the dressing gown."

Ben then added: "It was either Margot or it was Hue Heffner or always wore a silky dressing gown."

You look like you're going to unleash the dressing gown and slip into a jacuzzi Hugh Heffner style like there's a bikini underneath.