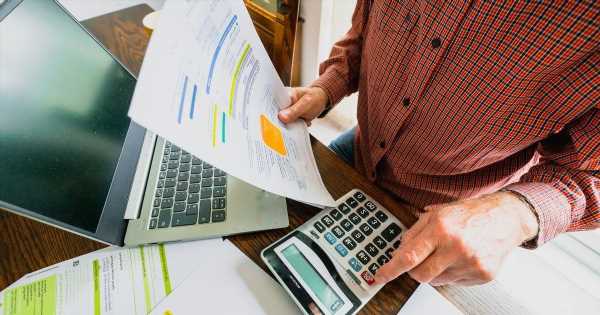 Energy bills could pass an eye-watering £5,000 next April, according to a new forecast.

Consultancy Auxilione said Ofgem could increase its price cap at £5,038 per year.

The predictions put the January price cap £2,496 higher than its current level set in April of £1,971.

READ MORE: Brits could be due thousands back in council tax after overpaying for 30 years

Experts warned the price cap could hit £4,467 early next year, meaning the average amount could be £571 for energy.

These predictions are higher than the figure published earlier this week by Cornwall Insight.

Ofgem is yet to announce the new price cap level for October, but it will make an announcement on August 26.

"The zombie govt needs wake up sooner than Sept 5…

The cost of living package hasn't been updated since May when predictions for October were lower.

Posting on LinkedIn, Auxilione said: "The government has called in energy firms to find a way to work together to bring down prices.

"It seems there is little appreciation for just how impossible that task really is and that energy companies.

"The government have little control over this in such a globally influenced market."