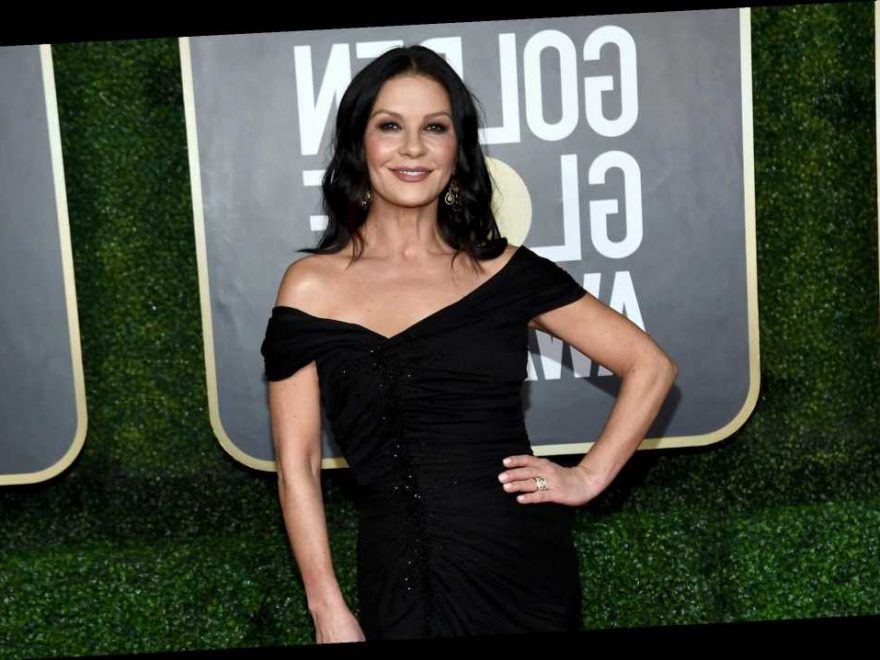 Not even Catherine Zeta-Jones is immune to fashion snafus.

The “Chicago” actress, 51, once narrowly avoided a major wardrobe malfunction at the Golden Globes after the zipper on her “fabulous dress” broke as she was heading to the red carpet.

“The makeup artist had to go and get a black piece of cotton from housekeeping at the hotel and sew me into it,” Zeta-Jones told People.

“I always have an issue with [the] zipper. I always think, the more beautiful the outfit sometimes, the more vulnerable the zipper is. I don’t know. You can have a cheap dress, and that zipper never breaks.”

It’s not the only time the Zeta-Jones’ wardrobe has failed her, either; on another occasion, she stepped out in a sheer outfit with nipple pasties underneath, only to have them exposed by paparazzi’s flashing cameras.

“Note to self. I’m okay with a nipple showing, as opposed to, just two white circles on a black dress,” she told the outlet. “Not pretty.”